We don’t get to talk about Atari too much these days, at least in regards to mobile gaming. However today marks an exception to that rule as the company has globally launched a new sim-style game called Pridefest, which is themed around celebrating equality with the LGBTQ community.

In Pridefest, players get to partake in the “colorful atmosphere and inclusive spirit of the hundreds of real-world Pride parades held annually around the world”. Players will take on the role of a new mayor for a city that seems to have lost all of its fun and color overnight. As the mayor, it is your job to try and transform buildings from dull to bright by spreading joy throughout the city. This includes acting as the Grand Marshal of parades, restoring pride throughout the city, neighborhood by neighborhood. You’ll be able to customize avatars, shops and storefronts, and pride flotilla. This is all while following the storyline and completing the 40+ quests that are currently in this game. 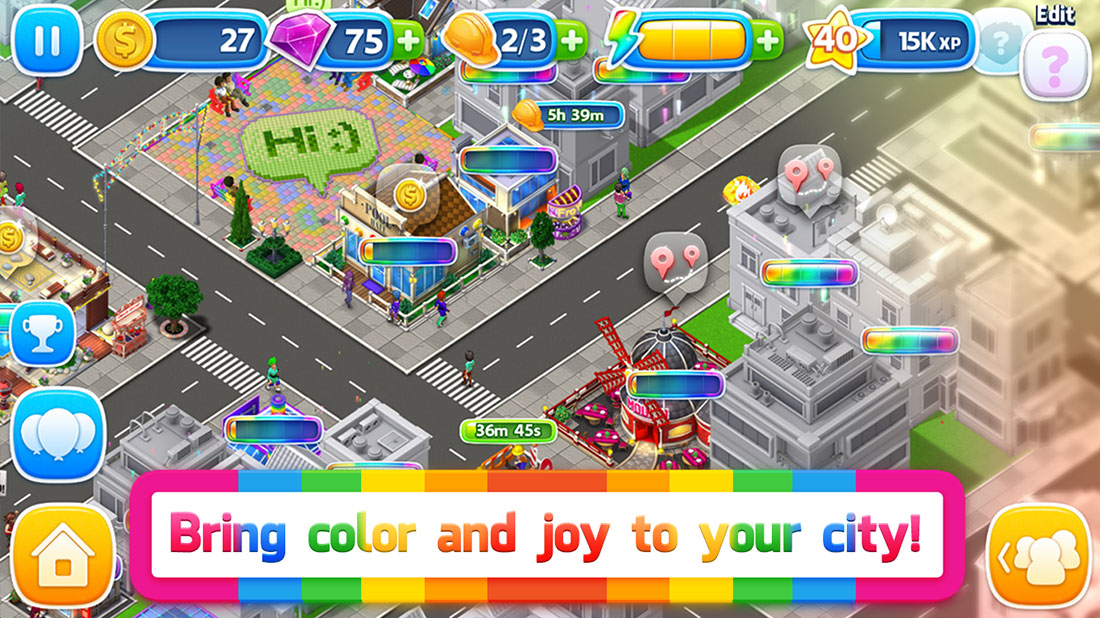 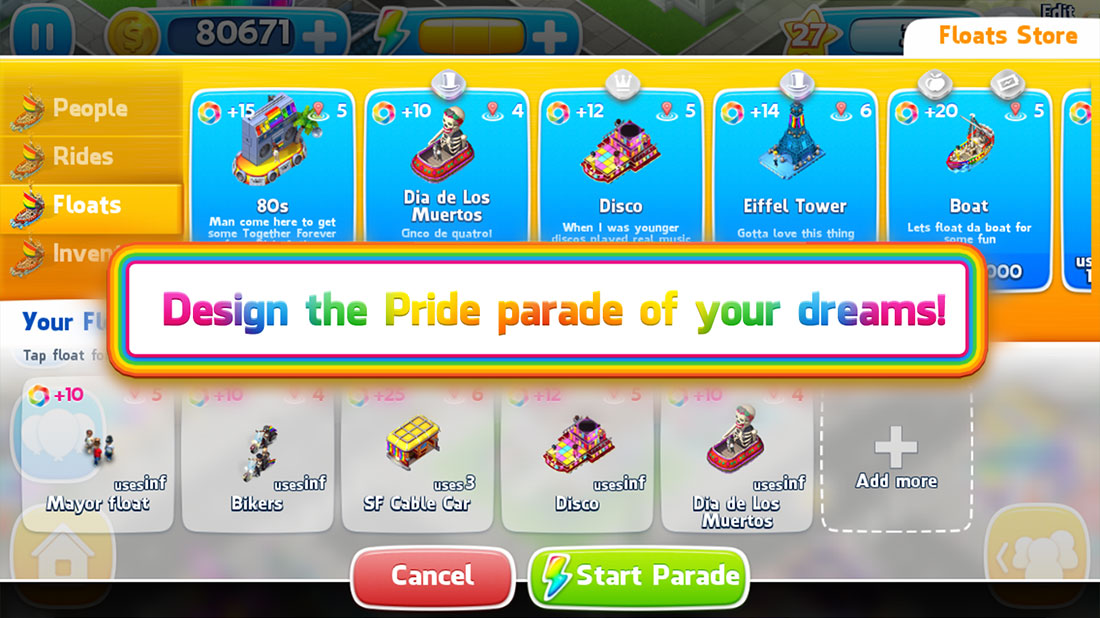 As Atari’s first game developed in support of LGBTQ equality, Pridefest works to bridge the gap between this underserved community and the gaming industry. While creating a fun, inclusive game members of the community and allies can enjoy was an important goal, we hope that Pridefest also serves as a platform for members of the LGBTQ community to connect in a safe, supportive atmosphere. – Fred Chesnais, Chief Executive Officer of Atari

Pridefest has a lot of customization features available outside of your avatar. The floats in the game’s parades can be built by you, allowing you to pick different themes, mascots, decorations, and more while designing a float. There’s also a lot of social features available as well including a ‘club’ system which allows players to form their own in-game groups.

For those of you interested in checking this game out, Pridefest is available for download off of Google Play for free with optional IAPs being available as well.