Adventure Cube is another fun and creative arcade game from Ketchapp

Ketchapp releases games pretty much every week for Android/iOS. The amount of games they produce is staggering, considering how quickly they do it. Sure, most of them are quick and fun to play arcade games, but they seem to fit this niche perfectly. The latest release from Ketchapp and AppLava is called Adventure Cube, and much like Ketchapp’s other releases, it is fun, colorful, creative and challenging to play.

Most games created or rather published by Ketchapp are either one-button or two-button control type games. In Adventure Cube, you control a rolling cube, trying to traverse a treacherous landscape. The game is played in portrait mode and you tap on either side of the screen to get your cube moving forward. You can only move in what looks like 45 degree angles left and right. As you hold your device with two hands and begin tapping, the next option for you to move is highlighted with an outlined cube that is transparent. It is helpful actually, because you can determine where you want to go next. You can’t wait too long though, because the landscape is rapidly crumbling behind you. 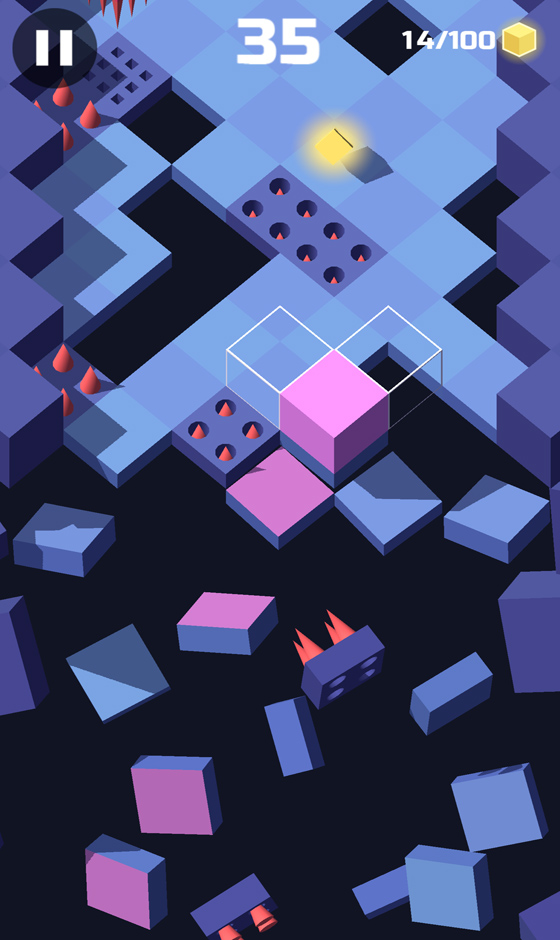 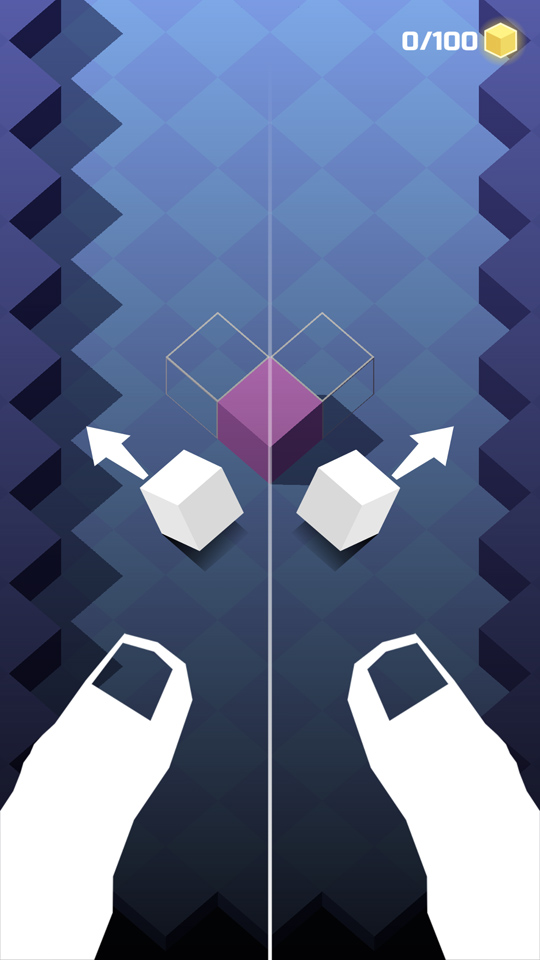 As your cube moves forward, it leaves a colorful trail behind it. The challenge in the game comes from having to make a pretty rapid decision about where you want to move next, and how to avoid the holes in the board, or the spikes that appear and disappear in timed sequence.

The goal is to collect the gold cubes that are sporadically placed throughout the environment. This too, makes it a bit tough, because you know where you want to go, and making those quick decisions, often times has you narrowly avoiding those cubes you need to grab. Collecting the cubes gives you points. If you have played Ketchapp games before, you know that collecting whatever artifact you have to pick up, allows you to change the color, shape or character of whatever it is that you are controlling. In this case, you start off with a cube. After that you earn a car in the shape of a cube. It looks pretty neat actually and it is nice seeing the car flip around in the same way that the cube did before. Again, collecting many gold cubes as possible, allows you to upgrade your cube.

Unless you get really good at this game, you won’t have long play sessions. This is not unusual for Ketchapp games either, in that it seems they are created to play quickly and in short sessions, depending on your level of patience with games that have a higher tier of difficulty designed into them. 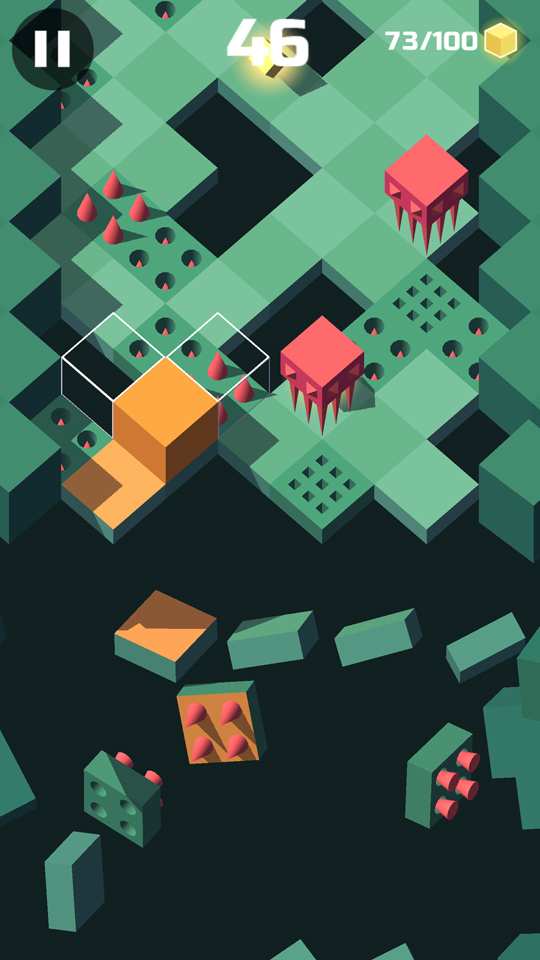 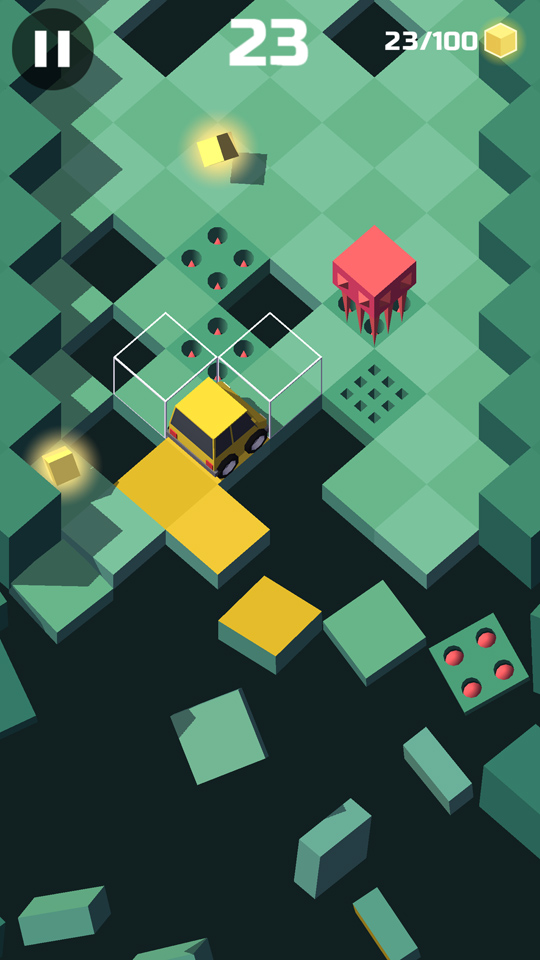 The game design in Adventure Cube is impressive and the controls work great. The game is fun to play, even though it is a bit difficult. I have yet to travel a distance beyond 100, but I’m sure my score will improve over time. Adventure Cube is one of those games that’s good to have on your device as a go to, when you don’t have a lot of time to get into a game. Ketchapp continues its success with creating good arcade games that are easily accessible to everyone.

Adventure Cube is integrated with Google Game Play Services with Leaderboards. There aren’t any achievements to unlock in the game currently. The game is free to play and the only in-app purchase is to unlock the game to remove the ads, which is priced at $1.80.