Do you like Pirates? Check out Sandstorm: Pirate Wars from Ubisoft, now available globally on Android

Ubisoft Entertainment is the creator/publisher of some really good games. They could be console games or mobile games. I came across Sandstorm: Pirate Wars several months ago. I wasn’t quite sure what to make of it back then, and I am still not sure what to make of it now that it has been released. The game is visually impressive, the gameplay is interesting and the production quality is high. It even has a bit of a story. If you are looking for Pirates on the high seas, this is not that type of game. Everything takes place in the sun-scorching desert.

Sandstorm: Pirate Wars was in soft-launch for a fair amount of time. Ubisoft quietly released the game this week into the Google Play Store. The game is also available on iOS. You are the main protagonist in the story and you are the captain of a ship. The art style of the game is similar to Steampunk, in that the characters clothing are reminiscent of that style. However, you are living in a post-apocalyptic world. You start off learning about your ship and what it can do. The game has you making various runs in different cities. They could involve transporting someone to a different region or you could be tasked with taking another pirate down. Whatever the challenge is, it always ends up with you battling another ship and targeting their shields or weapons.

The game uses an interesting camera angle for the action that takes place onscreen. Your ship starts making its run, and then another ship comes up behind you, and then the battle begins. It is not quite a bird’s eye view, because you are zoomed in a bit closer. It is nice because you see quite a bit of detail in the ships make up and this is a good thing, as you will be targeting different components of the enemy’s ship. As with most Ubisoft games, the graphics look good. The explosions are fierce. The mayhem that ensues from you firing your rockets and lasers, is pleasant to watch. You tap the screen to target your enemies various weapons to take them out. This can be done successfully if your ship is properly equipped with the right rockets, lasers and mini-guns. Yes, this game is pretty much about upgrading your ship to the max, to be able to take out your opponents. 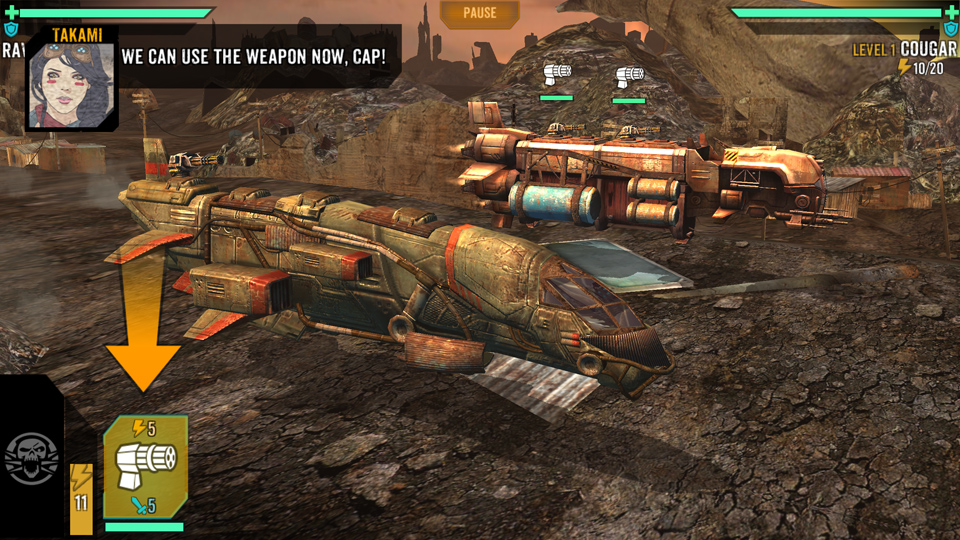 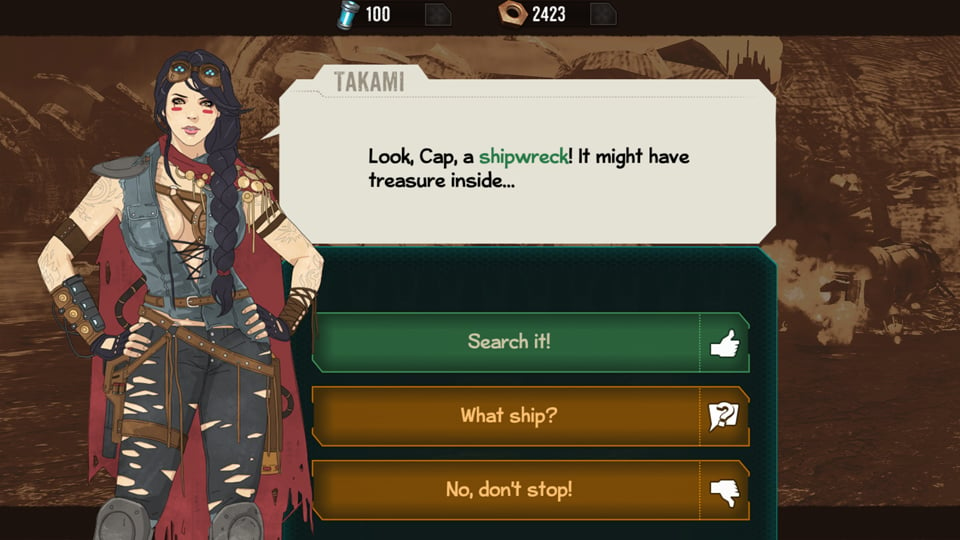 “Sandstrom Pirate Wars brings you in a post-apocalyptic adventure in which you should prove your skills and strategy in battles to show to all that you are THE MOST FIERCE AND SMARTEST PIRATE EVER!” – Ubisoft Entertainment

You do not control your ship in this game. It moves forward automatically. You control the targeting of your weapons. I wish there were more to control in the game. If you enjoy games where you can outfit your ship with different shields, and upgrade your weapons, and the look of your ship, then you will enjoy this game. As you travel to different regions and take on different opponents, you will acquire bolts and power cells. These serve as the currency in the game.

Sandstorm: Pirate Wars is a free to play game. This is where the fun begins to take a dip. The game is based on upgrading your ship and it is not cheap to do so. A large portion of the game is multiplayer, where you play in real-time in the Pirate Arena. There you will join a league and compete against other players. You start off, or I did, in the Tin League. The battle bonus you receive for winning is 50 bolts. If you win, you have the option of scoring better loot, but it will cost you bolts to secure that loot at the end of the battle. You can take the option of just taking what is being offered for free as your reward, but it only comes to a few bolts. 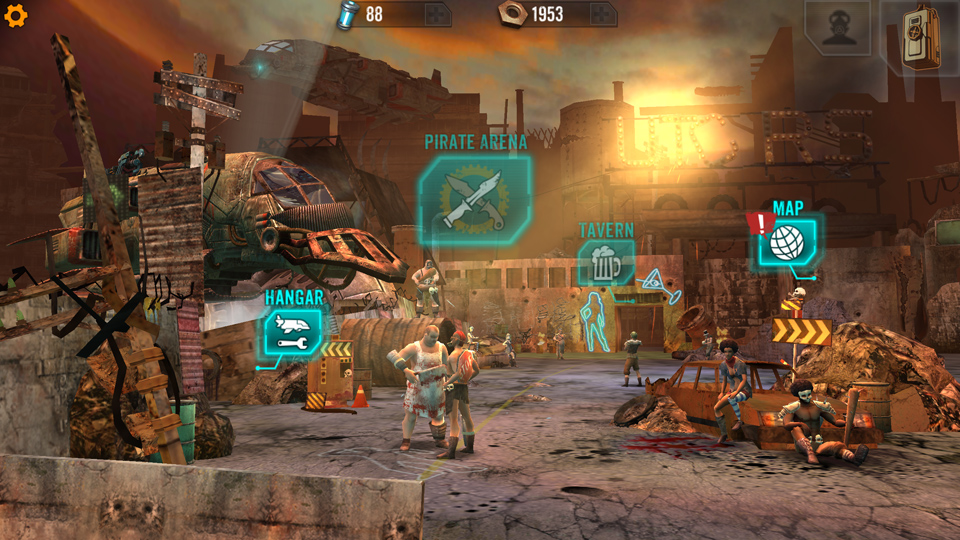 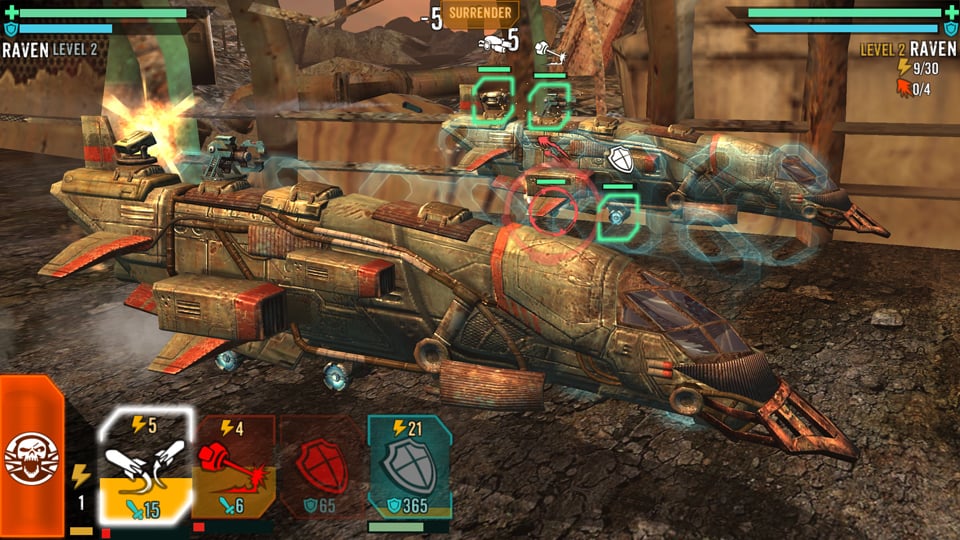 Upgrading your ship costs power cells or bolts. Even early on in the game, you don’t seem to acquire these fast enough. You can gain bolts and cells in various missions, and in the arena, but unless you are playing against people’s ships that aren’t heavily modified or as upgraded as yours, you won’t be winning to many battles. Once you do have enough currency to upgrade your ship, you have to wait ten to twenty minutes before that item is upgraded. If you don’t want to wait, it is going to cost you power cells to speed up the process. This is another element that takes away from the gameplay.

Sandstorm: Pirate Wars has all of the different elements for the making of a really good game.  I can really appreciate the world that the game designers have created. The problem is that between the actual lack of control in the game and the monetization structure, the game feels a bit hollow. I don’t think it would take a lot to fix it, but right now in its current state, it needs a few power cell upgrades before the game can really be enjoyable. I do believe that is possible, it will just take some balancing.

Sandstorm: Pirate Wars is integrated with Google Game Play Services with 8 achievements to unlock and leaderboards. The game is free to play and does include in-app purchases.