Released by Locksmith Games, Bullets Bullets Bullets is a retro stylized 2D shooter. The gameplay is straightforward, where players are simply looking to stay alive as long as ossible, and see how many points can be accrued during that time; an endless shooter, if you will.

Throughout the game, players will pick up gold coins that can be used to redeem better, and a larger variety of weapons. Available weapons and upgrades would include grenades, as well as both penetrating and explosive rounds. If the soundtrack to the trailer is any indicator, the soundtrack is in the same retro/chiptune format as the graphics are. The setting, sparse as it is, would be that of a dystopian future. 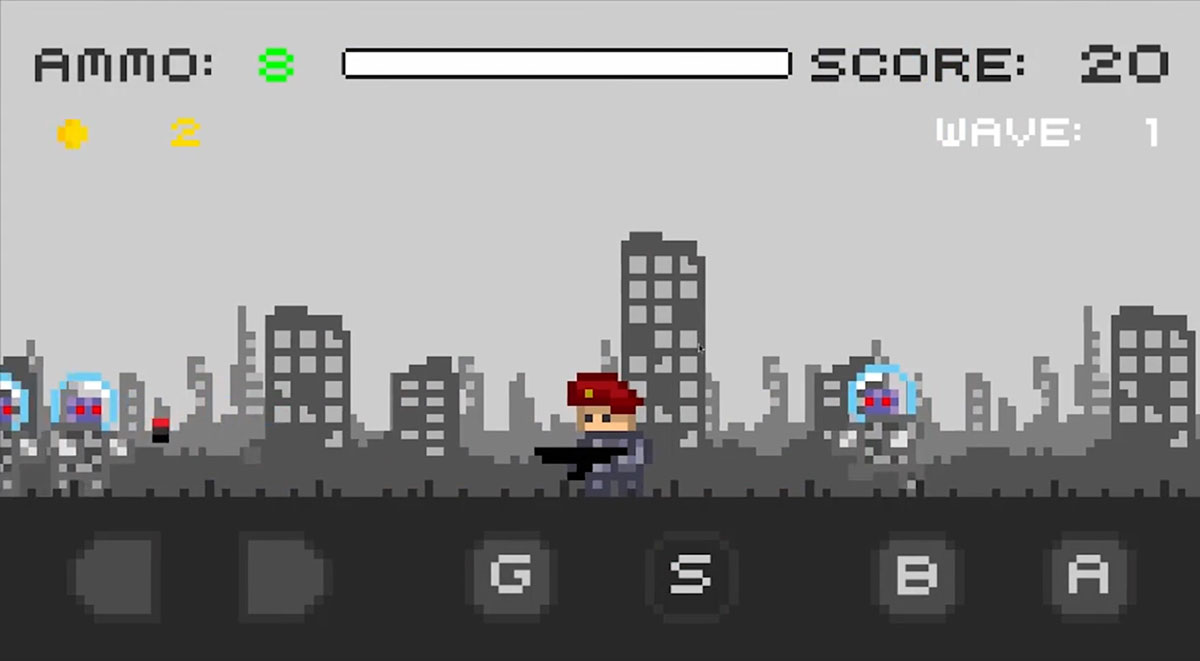 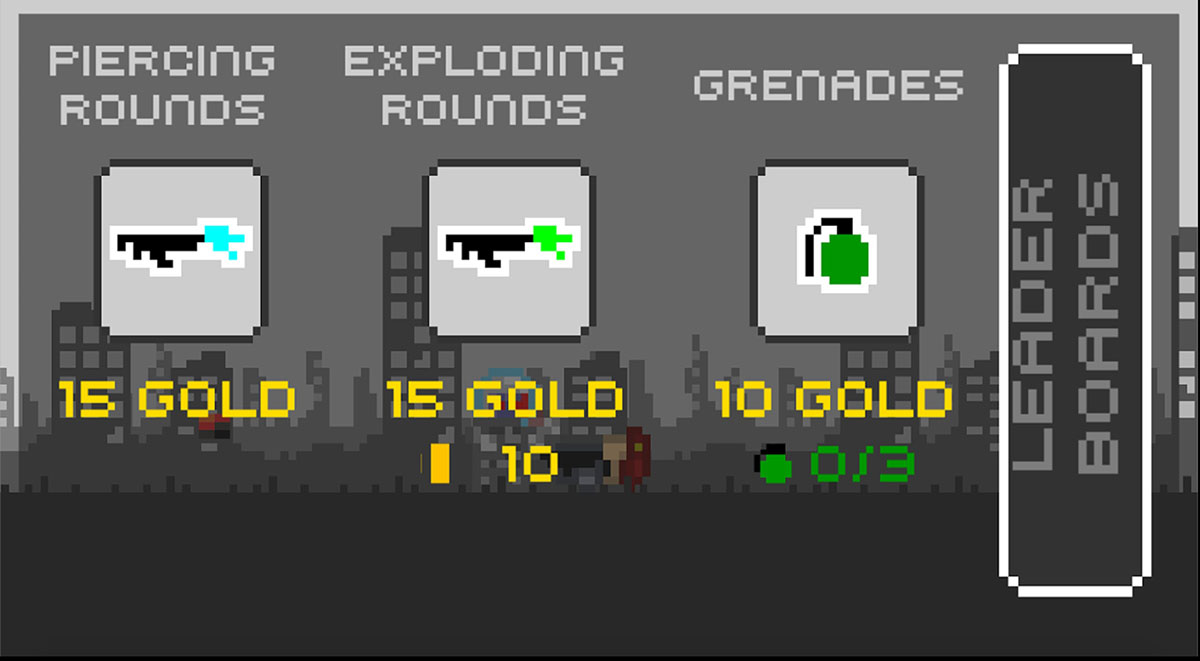 In light of that, everything has the appearance, pixelated as it is, of some city that has recently been bombed out, or survived a nuclear apocalypse of sorts. Enemies will come at the player from both directions, so players will need to keep an eye on potential threats from both ends of the screen.