Howling Hamster Games has released their first game onto Android called Goldbeards Quest. As the story goes in this game, the Dwarf King threw a massive party, spending all the gold that the kingdom had and all the booze that was stored up before the party is now gone. If you know anything about Dwarves, they drink a lot. So without money to buy more booze, and no actual booze to drink right now, there’s problems in the Dwarf Kingdom.

So the Dwarf Queen called upon Goldbread to save the day by heading out into the dwarven dungeon to fill his magic sack with gold and ale. It isn’t a small dungeon you’ll be navigating either, as there’s 40 different floors to work your way through, dodging hazards and and other nasty things that are there to stop you. 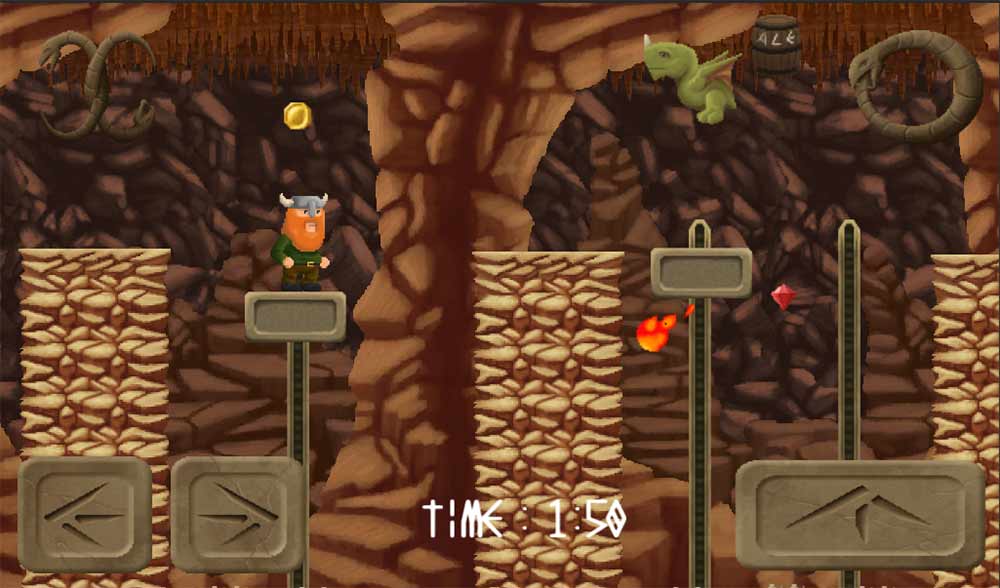 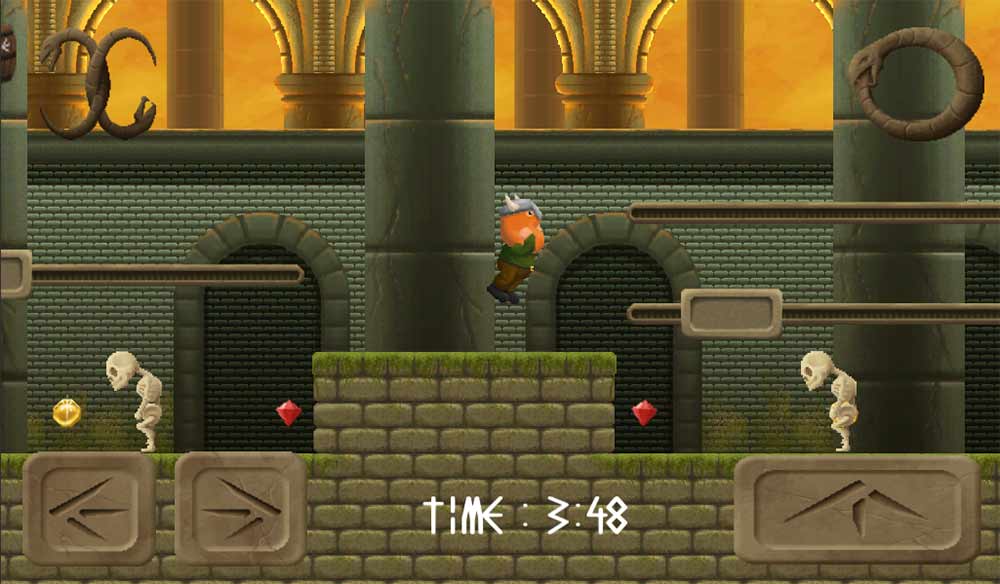 – 40 halls to explore: Timing and judgement is everything and Goldbeard carries no weapons with him on his journey.
– Locked Dungeon Doors: Doors are opened by dropping Ruined Blocks onto Pressure Switches.
– Treasure and Ale: Do not forget your purpose in the dungeon is to get enough coin and ale to keep the kings party going long into the year…
– Ancient Skeletons: The ancient remains of Dwarves long since passed, doomed to roam the dungeon for all eternity.
– The Dragon: Death from above can strike anytime as fire breathing dragon are a constant threat throughout the dungeon.
– Fire Breathing Skull: The product of some long dead evil dwarven blacksmith necromancer, these giant skulls light up the passageways to the dungeons.
– All original artwork and music: Created by the team at Howling Hamster Games.

Goldbeards Quests is a straightforward platformer that makes for a pretty good time killer. If you’re interested in snagging a copy, there is a free version that is ad-supported as well as a paid version for $0.99 without the ads. You can also check out the game in action with the trailer below.