UPDATE: Wednesday, February 3rd – 8:58 PM, PST: TinyCo and Marvel have released Marvel Avengers Academy into the Play Store. This game boasts a huge cast of professional actors doing voice-overs for the main characters in-game. If you are a fan of the Avengers or all things Marvel, the game is available to download for free in the Play Store. The game does include optional in-app purchases. The link to download the game can be found at the end of this article.

While players will be finding the young versions of their favorite Avengers characters in this game, and will upgrading and developing their superpowers, you’ll also be able to play through original narrative-driven stories written as a team effort between the two companies. Of course each hero will have their own custom outfits and abilities. If you happen to follow the Avengers closely in their comics, then you’ll know that this marks the first time in video game history that the cast of the Avengers has ever been re-envisioned as student versions of themselves. 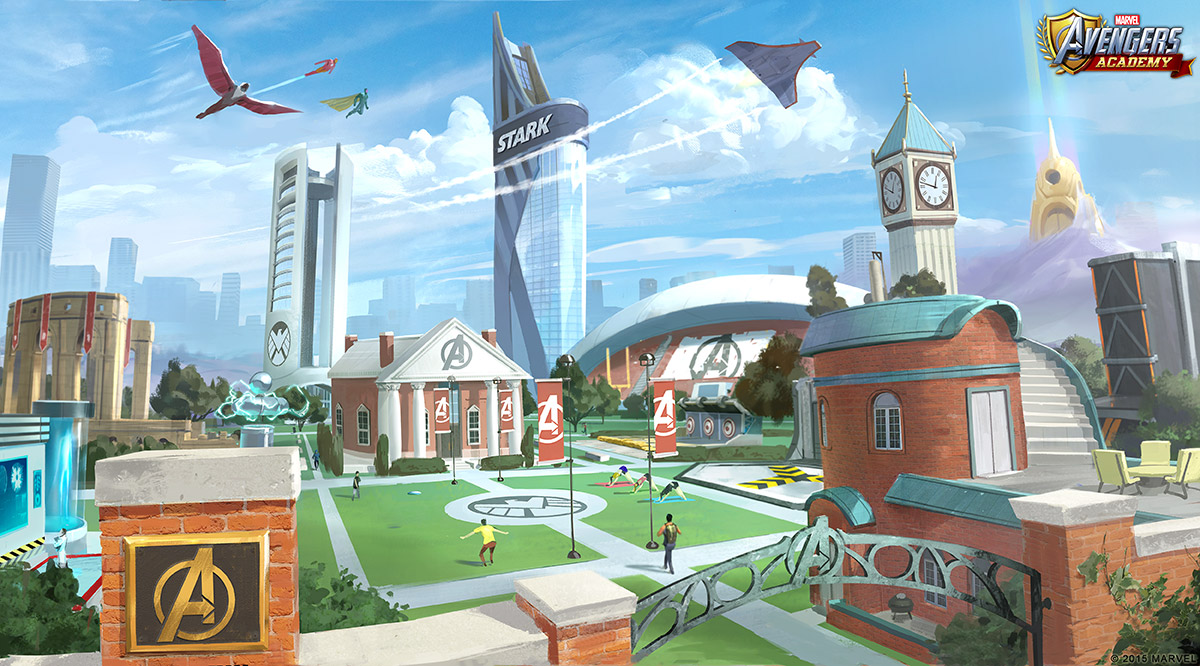 Since players are building a school campus in this game to help develop these young heroes, you will be in charge of building and upgrading training facilities, dorms, laboratories, classrooms, sports stadiums and more. This game also takes inspiration from the Sims and similar games since you will have to deal with everyone going on dates, confronting rival cliques and navigating the social ups and downs of each character’s lives. Actually we shouldn’t just say heroes since the villains of the world will also be attending your new school.

If you like very detailed sim games, as well as Marvel related content, then you will probably want to check this game out when it arrives. When will that be? Right now there is just a general Q1 2016 release time frame. Whenever it does arrive, it will be available for free with optional IAPs. In the meantime, you can check out the game’s teaser trailer below. We will post an update once more details are released.