Who doesn’t love Gnomes? Aside from being an unusual character for a game, Qubic Games and Chillingo have chosen to create a side-scrolling platform game starring a Gnome. The game is colorful, varied in game play, and tough as nails. Guess what? I like it. Some games stray away from making games in the upper tier of difficulty. That is not the case with Geki Yaba Runner. It is tough, but it is rewarding. A jumping, bouncing and floating Gnome collecting socks, should not be ignored.

You have been charged by the King to help your kingdom and save the princess. Helping your kingdom means that you are going to run into some really nasty environments. If you are unsuccessful, you will be exploding into a bunch of colorful pixels. Get ready to see that happen quite a bit, as this runner/platforming game is quite challenging. That is not a bad thing. It is more like hearing yourself say over and over again, “Okay, one more run, and I know I can get that golden sock!” 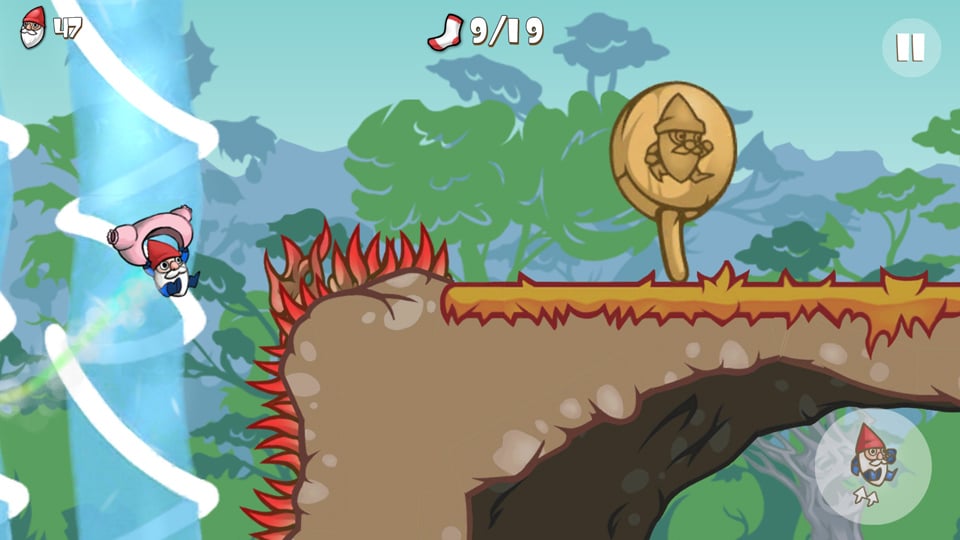 “Transform your moustached hero into a raging force of destruction or a super speedy gnome to overcome Gekiyaba’s harshest obstacles and turn up the ante with the mind-boggling boss castles. Can you overcome every hurdle to save the princess and collect every sock?” – Chillingo/Qubic Games

As I mentioned previously, this game has a level of difficulty set to punishing. However, it doesn’t take away from the fun to be had in the game. On each level you have to obtain a certain quantity of socks. On some of the levels there is a golden sock hidden away. There is a trophy awarded with each level that you complete successfully, if you get the suggested number of socks.

I found myself playing levels over repeatedly. If you are a completionist, then this game could drive you a bit zany, but it is worth it. Once you have gathered all the socks on the level, you feel like you  have completed something epic. Doesn’t everyone want to unlock an achievement for dying 100 times? The game moves really fast. The controls are easy to use, but timing makes all the difference. You are going to have to jump, float or bounce on the elements at just the right moment to get you where you need to go. Some of the game is about discovery because as you are zooming through the level you may or may not see that golden sock hidden away, and you have to figure out how to get it and the rest of the socks. 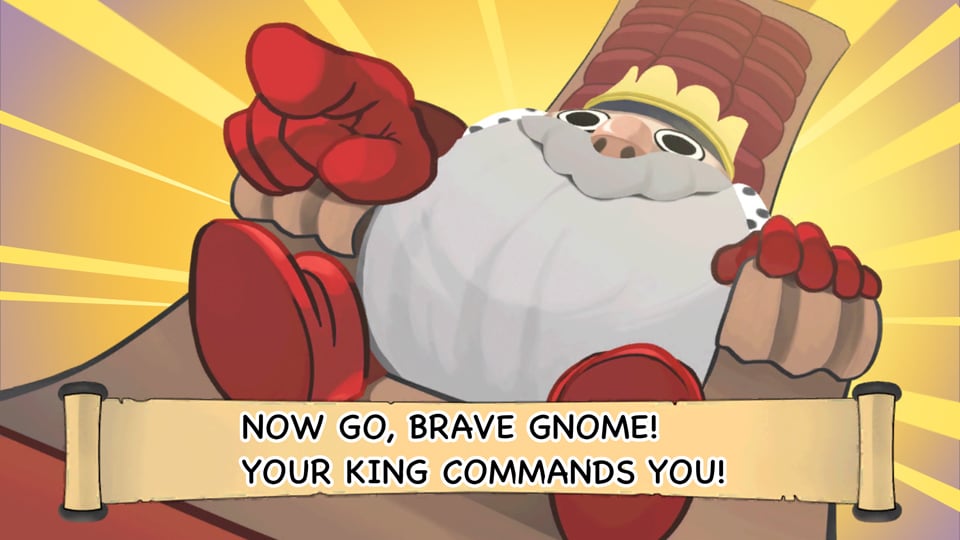 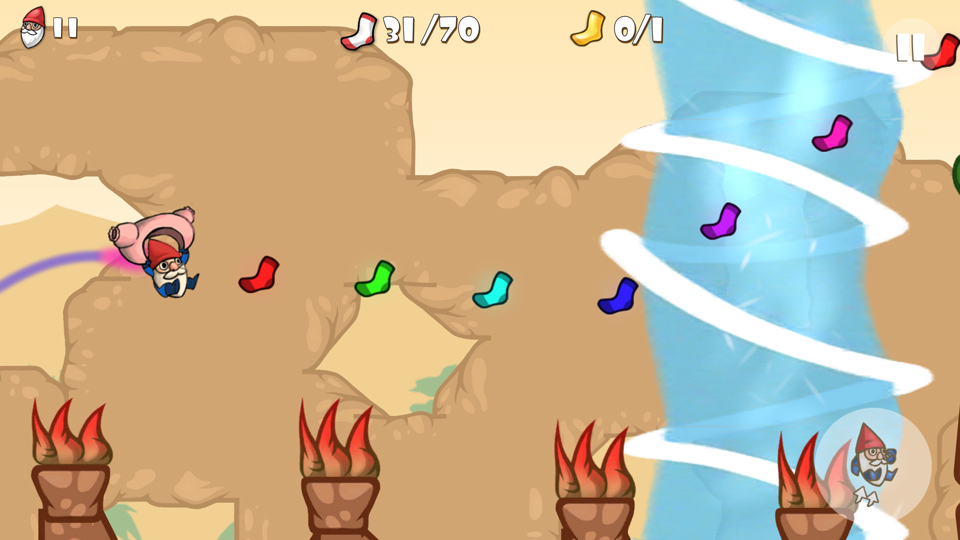 Geki Yaba Runner is a free-to-play game. There is no need to sigh after hearing that statement. Chillingo/Qubic Games has set it up so that you have options. You can pay $1.99 to remove ads, or you can watch a video, which will remove the ads for ten minutes. Also, you can watch ads so that you can gain extra lives… and you are going to need them! The good part about it is that the developer acknowledges that however you choose to deal with the ads, it helps them, which is a pretty cool thing to let gamers know. 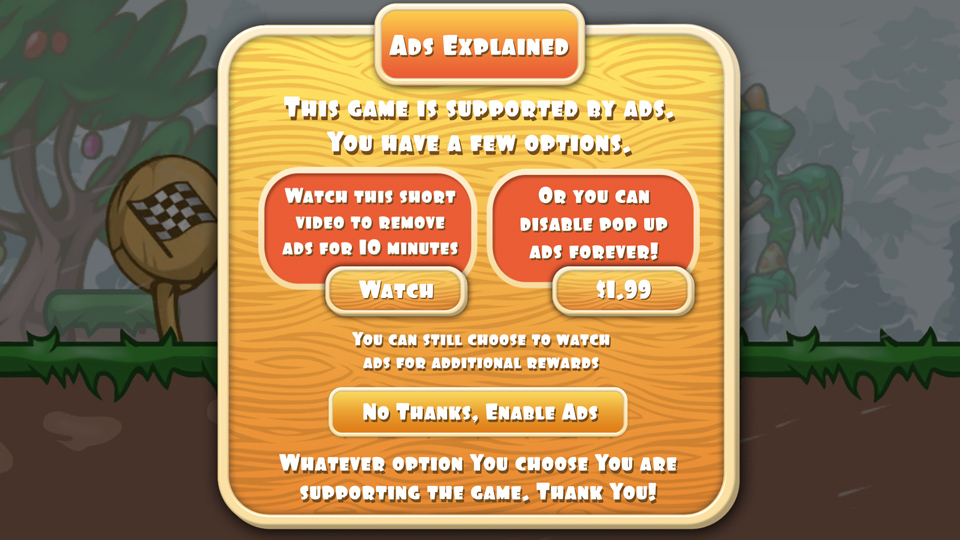 Geki Yaba Runner is integrated with Google Game Play Services with 17 achievements to unlock and leaderboards for competition. This game is a really good runner/platforming game with a lot to offer. If you are up for the difficulty level set a bit higher than most, you will enjoy this game. It’s not everyday that you see a Gnome being charged with saving the princess… right?