February is shaping up to be a good month for snowboarding games. While everyone awaits Alto’s Adventure, which should be coming out this week, and Red Bull Media House is releasing Snowboarding the Fourth Phase next week, there is a game out now by Defy Media, that is full of action and fresh powder. Don’t miss playing Operation Snowfall. It is full of variety, action and a snowboarding heroine, that could take on any James Bond action sequence.

Operation Snowfall is published by Defy Media and created by Robomodo. If you are a fan of snowboarding and enjoy games like Ski Safari 1 and 2, then Operation Snowfall is right up your alley. There is a similar premise in that you are racing downhill away from lava, that is trying to consume you and your snowboard. Throwing a little twist into the story, you are a secret agent that is in the midst of trying to take down henchmen, all while doing fancy tricks and completing goals, on your trusty snowboard, or whatever secret vehicle is made available to you. 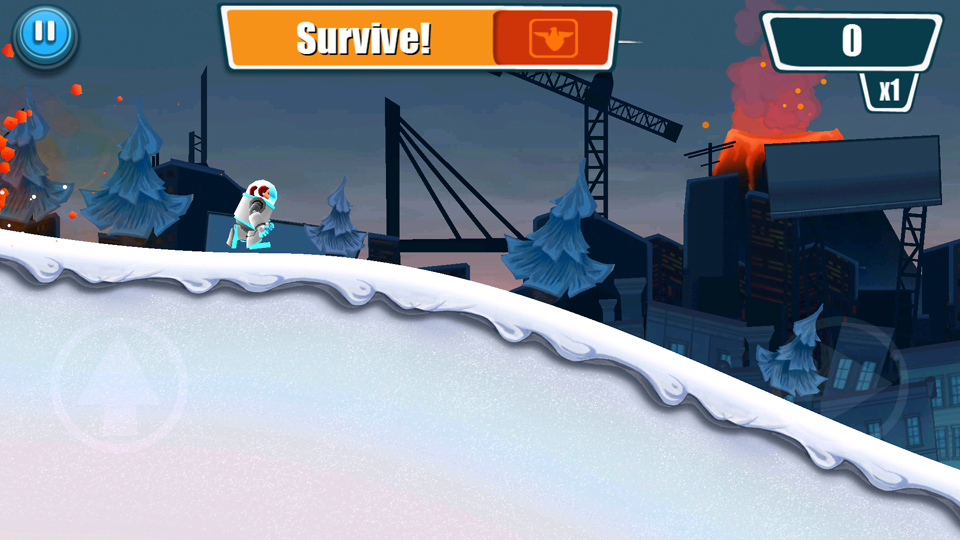 “Thanks for checking in Agent. We’ve traced the origin of the lavalanche to the activities of the Mastermind and his growing conglomerate of Henchmen. We’re sending you in to gather intel and intercept the Mastermind before he collects enough diamonds to fund his evil plot!” – Defy Media

Though the storyline is relatively loose, this game is all about the action. I do appreciate the animated cut scenes that take place every now and again during the game. Your nameless agent has some serious snowboarding skills. After running through a brief tutorial, you hit the slopes prepared to collect diamonds and take out the henchmen.

What I enjoy about Operation Snowfall is that it is a level-based game. Yes, it all about getting a high-score, but you won’t have all the time in the world to do it. That is part of the challenge in the game. There are three different scores on each level that give you your ranking. This is basically how you three star the level. Stars open up the different sections in the game. While getting the score is important, you also have to pull off different goals, or you will fail the level, no matter what your score is.

The controls in the game are similar to Ski Safari. You have one button on the left side of your screen to jump, flip/rotate. The other side of the screen has a button which you use to slide, to take out enemies, or in concert with the other button, to slam down for speed. The controls work well, and never did I feel that I was unsuccessful due to poor controls.

Operation Snowfall is a premium-priced game. That is right. This is not a free-to-play game. There are 60 levels to complete and they are not all unlocked at the beginning of the game. That means you are going to have play the levels well, and sometimes more than once, so that you can earn the required number of stars to proceed to the next section in the game. I like that! Skill is required to move forward, so be prepared to be challenged. 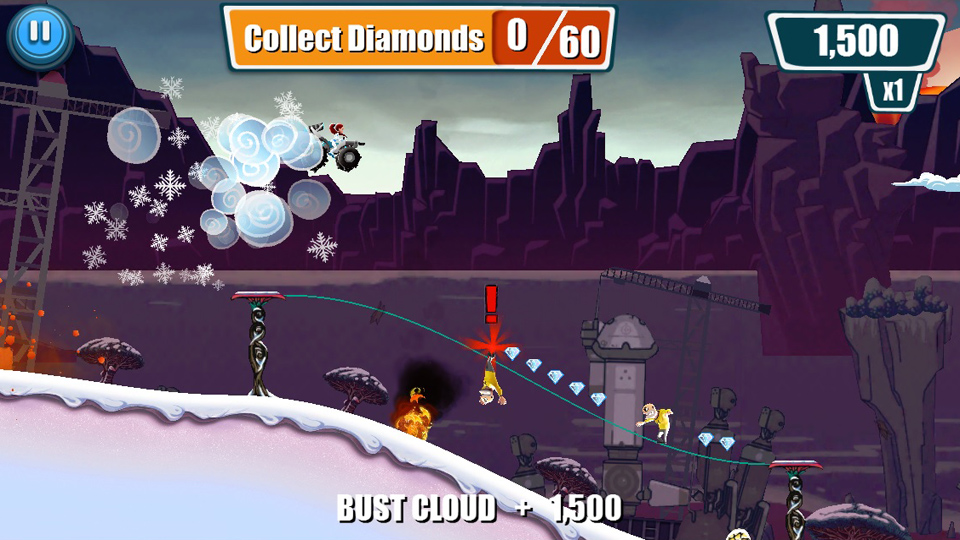 As you progress in the game, you are given different spy vehicles to aid you in your quest to take down Mastermind. Each vehicle can be upgraded. You upgrade your vehicles using cash, which is easily acquired on your jaunts down the mountain. Some vehicles are a bit easier to maneuver than others, but it definitely provides variety in the game. After you have unlocked a few vehicles, I am sure you will pick your favorite. However, some missions require you to collect so many diamonds, or to take out a number of henchmen while grinding on a line. If you choose the appropriate vehicle, completing some of these tasks will be much easier. 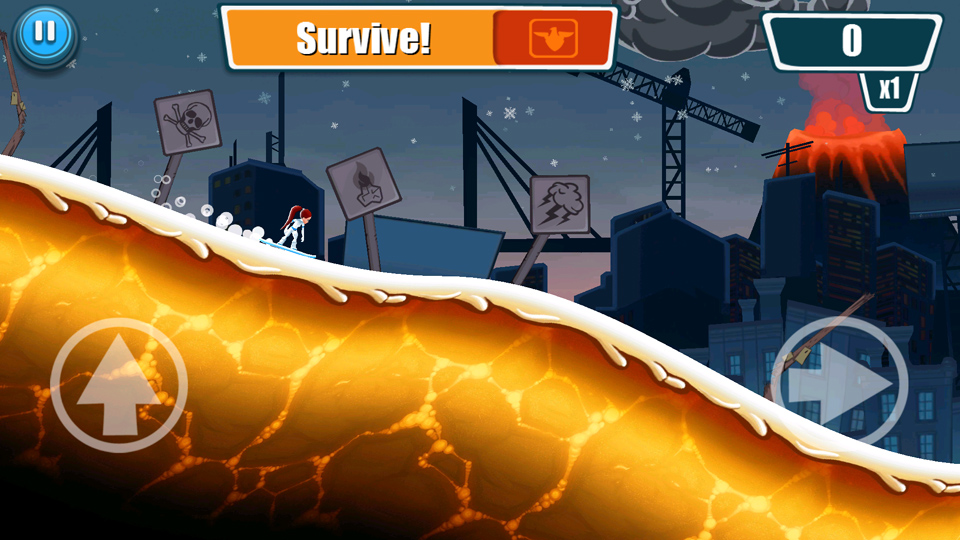 Operation Snowfall is integrated with Google Game Play Services with 37 achievements to unlock and leaderboards to to compete on with your friends. There is a launch sale for the game at 50% off, at $1.99, which is a great price. I am not sure how long the sale is going to last, so now is the perfect time to grab this excellent and fun snowboarding game. Some of the levels are very challenging, but that is what makes Operation Snowfall a game that is worth playing over and over.