Depending on how you look at this, you will either be managing your own high-end Gentlemen’s Club, or what will essentially be a strip club. Regardless of how you look at it, you will need to handle all of the responsibilities that come with this type of job. This includes, but isn’t limited to, hiring new staff, paying your bills on time, upgrading your bar, promoting your club, and making sure everything runs smoothly. This also means you will have to intervene during brawls between staff and clients, and ensure your club is clean. Failing to do any of this and more will result in your club becoming a dive and failing. 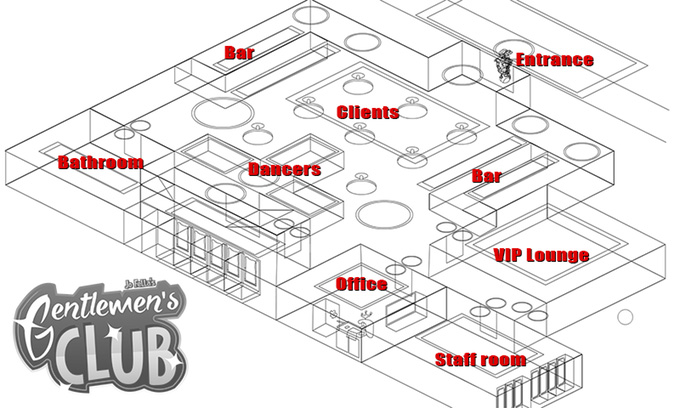 Brutal Studio wants to make this a pretty long game, with allowing players to actually open up a few clubs and hire managers to keep those operating relatively smoothly. Of course staff members can get annoyed and dancers can get depressed if not handled properly. Other options the developers are working on for this game include customization to the aesthetics of your club and a humorous story line, which would be in the form of a comic strip.

Some of your future staff

Right now there isn’t a time frame for the release of Gentlemen’s Club Manager, and their Kickstarter has 19 days to go still. What’s even more interesting is their goal, which is $144 total, of which they already have just over $65 already funded. Of course there are some stretch goals as well. So if you want to toss a buck or two at this, you can do so by heading to their Kickstarter campaign’s page. This game is being aimed for an Android, iOS, and PC release.