The East New World is now available in the Play Store. Don’t miss it!

Ten10 Games has delivered a classically good action platformer into the Play Store. The East New World is now available to download, and it shouldn’t be missed. The game has plenty of pixels, action, responsive controls and lots of quests to complete.

If you are looking for a good action-platforming game, then look no further than The East New World. It is old-school in the sense that it can be difficult to play, but not because of the controls. If you die on a level, it is game over and back to the beginning of the level. There are no check points or save points to be found. That can be a bit frustrating, as some of the levels can be difficult if your character hasn’t leveled up, or your equipment or armor is too basic. The good thing is that there is loot to be found, and potions and mana, for your special ability. These are sparsely scattered among the level. There are hidden areas too, which makes this game all about discovery. Each level there are chests to be found and diamonds to secure. Believe it or not, this is a free-to-play game too! 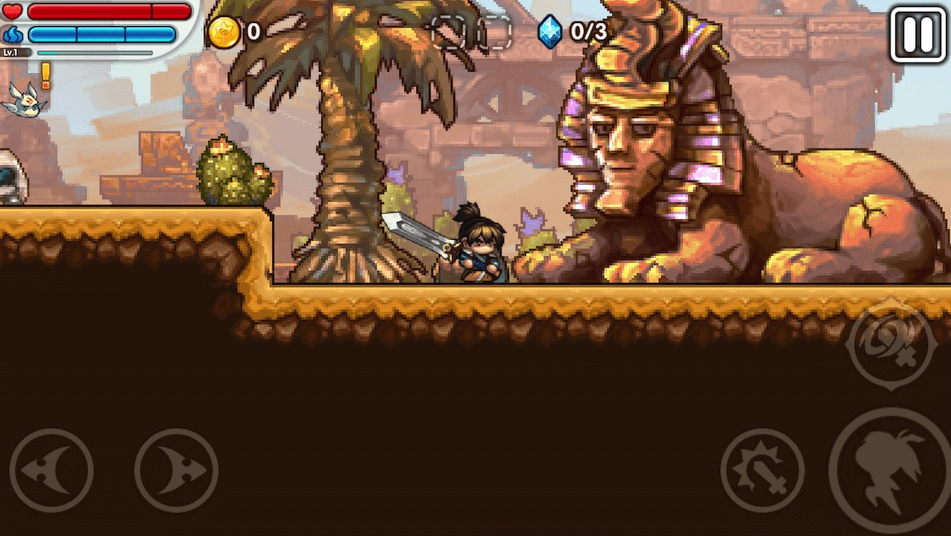 “Long long ago, there was a country “The Warriors’ Kingdom,” people there were strong and brave. After the King sold the soul of the country to The Evil Space, everyone turns into a killer who takes assassination missions for it. Buta’s wife Icy refused the mission and she paid a price, she died. Poor Buta begins his revenge – fight for love!” – Ten10 Games

Even though this is a free to play game, the only thing that will trouble you is having to deal with ads. Unfortunately, at this time, there isn’t a way to unlock the game to remove the ads. I wish there were, because that is the only real downside to the game, which is minute considering it is free-to-play. You do not have to worry about timers or energy bars. The only real worry you will have, will be making it through to the end of the level without dying. You have to avoid spikes, beasts, spiders and a large variety of enemies. There are some minor translation issues in the text, so be prepared as you read along. Again, that is a relatively small gripe for a game this good. 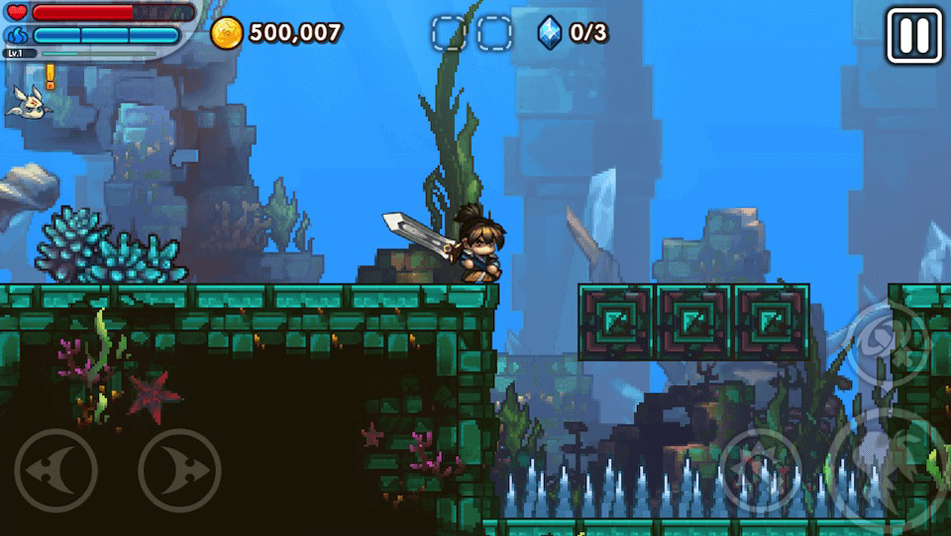 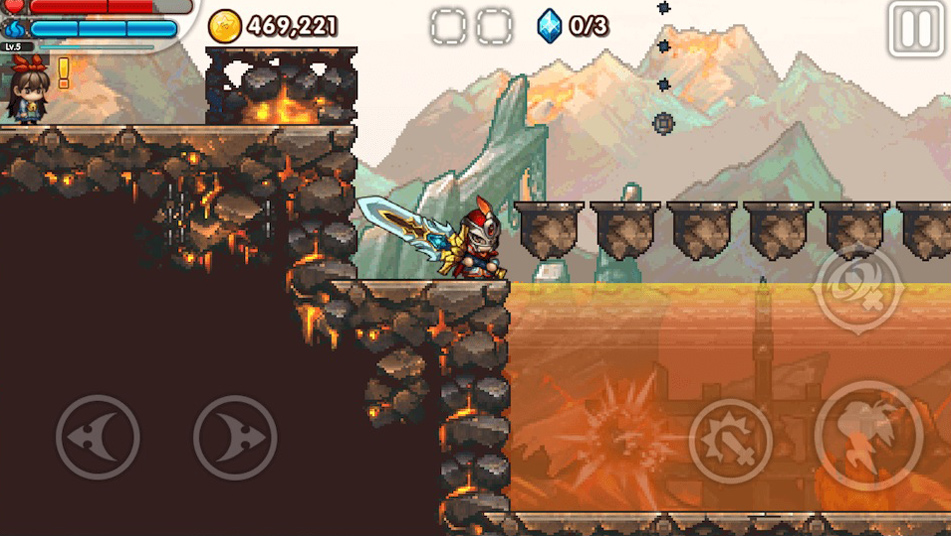 The East New World has basic RPG elements, in that you can level up your character’s stamina, dexterity and HP. You can increase your armor and weapons. You also have trinkets that you can wear that increase your abilities. All of these items can be found in the blacksmith’s shop. As I mentioned before, this is a free-to-play game that is set up for you to enjoy your game play. Upgrade items can be bought using the in-game coins that you find. Coins are everywhere. You get coins from defeating enemies, chests and by smashing other objects in the levels. There isn’t a store to purchase coins either, which means you have to earn them by playing the levels, imagine that. Even better, you aren’t penalized for playing levels over, if you miss getting the secret chests or diamonds.

The art style in the game is colorful and detailed. Even though the game sports the ever-so popular pixels to give it that retro feel, it is well done. Think of the fine detail that you find in Nitrome’s games, and you will have an idea of what I am talking about. Each level is wonderfully rendered and this is a beautiful looking game. 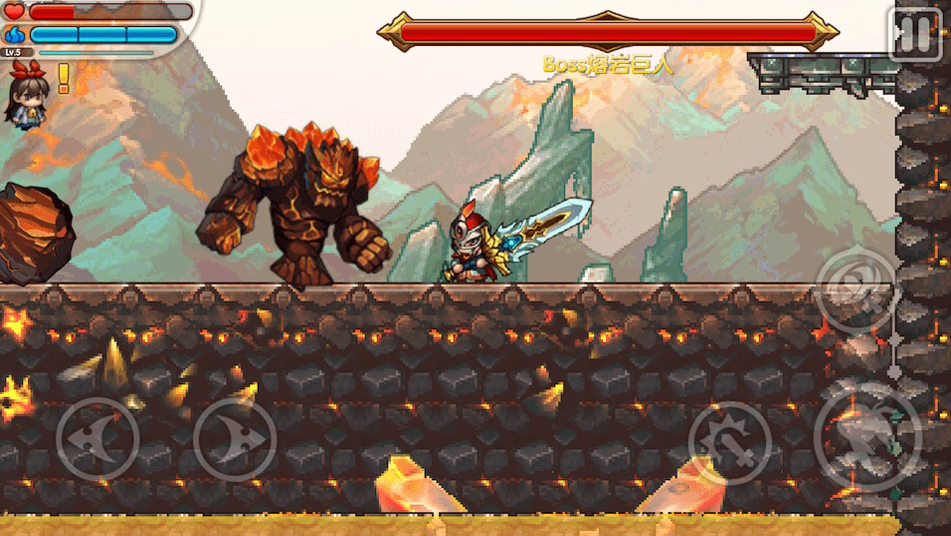 The East New World is not integrated with Google Game Play Services. There are however in-game achievements and quests to complete. There are a ton of levels, in addition to the Boss Rush and Time Rush modes. If you are into hardcore gaming, then Time Rush mode is for you. I spent plenty of time dying in the regular levels, so it will be a while till I work up to Time Rush Mode.

The East New World is a great game. The fact that it is free-to-play is to the gamer’s benefit, not detriment. Okay, yes, you are going to have to deal with ads, but this game makes it worth it. Maybe Ten10 games will implement a game unlock for a single price. We can only hope. Until then, don’t miss out on this really good action platformer. There is a lot to discover and enjoy in The East New World.