Welcome to the DroidGamers Indie Spotlight. As the amount of games being released in the Play Store increase exponentially, some really great games get overlooked. Sometimes, it is even more difficult, being an Independent Game developer to get your game noticed. As a new column, DroidGamers will be highlighting Indie Game Developers that show great promise in game design. What indie means can vary, but we will try to focus on smaller studios and excellent game content. First up is Eugeny Butakov, creator of the excellent motorcycle trials type game, Psebay.

Number of People in Game Studio: Currently I’m developing games alone. I created Psebay from start to finish on my own. My girlfriend and friends offer support and give me different advice to help make my games better. 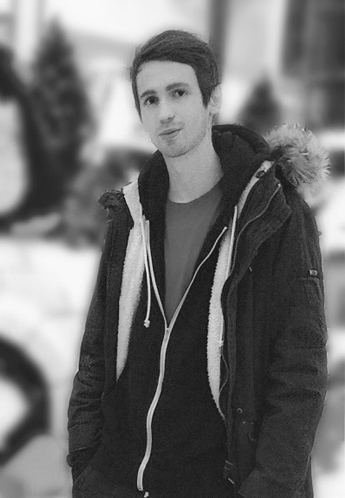 Jaymes Carter:  How did you get started with game development?

Eugeny Butakov: This may sound corny, but I had a great desire to develop games after I had played Half Life 2 in 2005, when I was still a schoolboy. Then I became interested in learning how to make games. I bought a CD with software for game development. It had about 20 different engines. After trying everything, I chose Game Maker (Unity did not exist yet). At that time we had a popular game called Gravity Defied on mobile phones. I, along with a classmate of mine, tried to do something similar. But of course the same behavior of the bike we were not able to repeat. Then for about two or three years, I have been doing small games in different genres. I decided to try something different to work on. 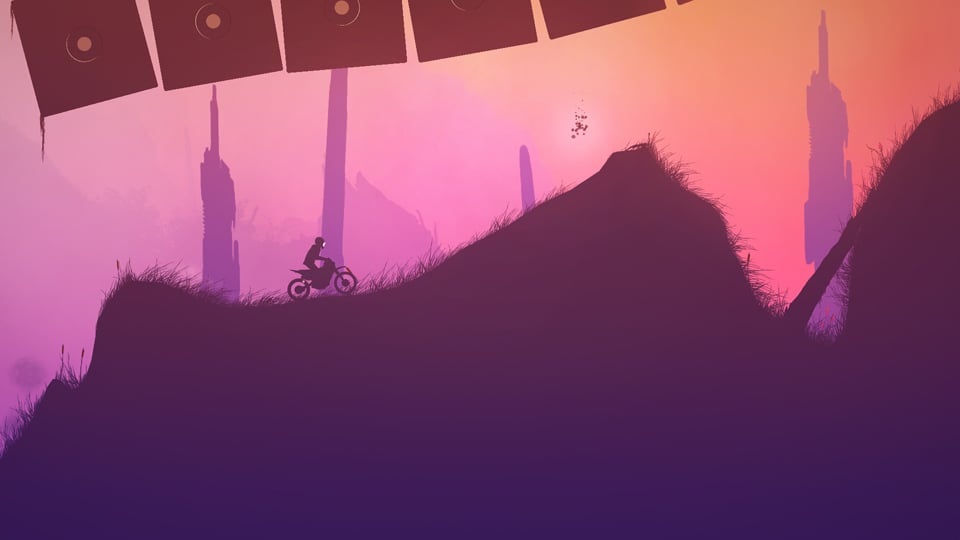 At the end of 2011, I came across a contest for creating games. My friend and I decided to participate in it. In the end we did not manage to finish the game, but thanks to the prototypes that we did, I was able to get a job at a local company for the development of casual games. I didn’t necessarily enjoy some of the games that were being created, but I gained a lot of new experience. I worked there a little over a year, and then decided to leave. And since then (from mid 2013) I started making games alone. The first game I started doing was called Sunmoon. I did it in about 4-5 months. As a result, none of the publishers wanted to publish it. Frankly, I myself lost interest in it. In general, it did not reach the players.

Jaymes Carter:  You still chose to pursue game development after that. What happened next?

Eugeny Butakov: I began to make smaller games and publish them on my own, trying to make money on advertising. One of these games was Engine: Gravity Trials. It can be called the alpha version of Psebay. Initially, when I started working on it, I did not think it would become what it is now. I was just curious about making the physical model of the motorcycle and how to make it fun. Perhaps it was an old childhood dream.

It was only after that, that I began to think about how to make it a full game. How I got the idea to make the change in gravity game mechanic, I do not remember exactly. But, I remember that I immediately realized that this is ideal for the game. I worked on that for a few months. When I first published it on Google Play, I got a good response from the players. This also included a good income from advertising. I did not get hung up on it, and continued to make new games. Some games have not been completed, and those that I released have not received such a good response. As a result, I decided to improve the Engine: Gravity Trials and release for iOS. I gave it a new name, so it can be easier to remember and pronounce. The release of the first version for iOS was November 4, 2014, but then it looked a lot worse visually. I continued to develop and improve it, and decided I would release it on other mobile platforms in a final version.

Jaymes Carter:  That is a lot of work on one game. I guess you had to remain focused and flexible during the game development process.

Eugeny Butakov: During the game development process there wasn’t a lot of difficulty for me. Some things were just boring to do, and there were times when I was mentally tired from the work. Yet, I found other things that kept me interested. As an example, I really enjoyed working on the sound. I did not use other people’s samples. All sounds in the game are what I recorded and processed by myself, including the music. I have a background in musical education, so I didn’t really have any problems with this part of game development. However, there were other things that I had to do for the first time. For example, I had no experience of creating infinite levels. As an example I had to create an algorithm to create those levels. Interestingly enough it is not visually very different from those that are created manually. The game was developed with Game Maker: Studio. The standard level editor would not allow me to create the levels that I wanted. So, I made my own editor and added that to the game for players to create their own levels.

Jaymes Carter:  What is next for you as an independent game developer? 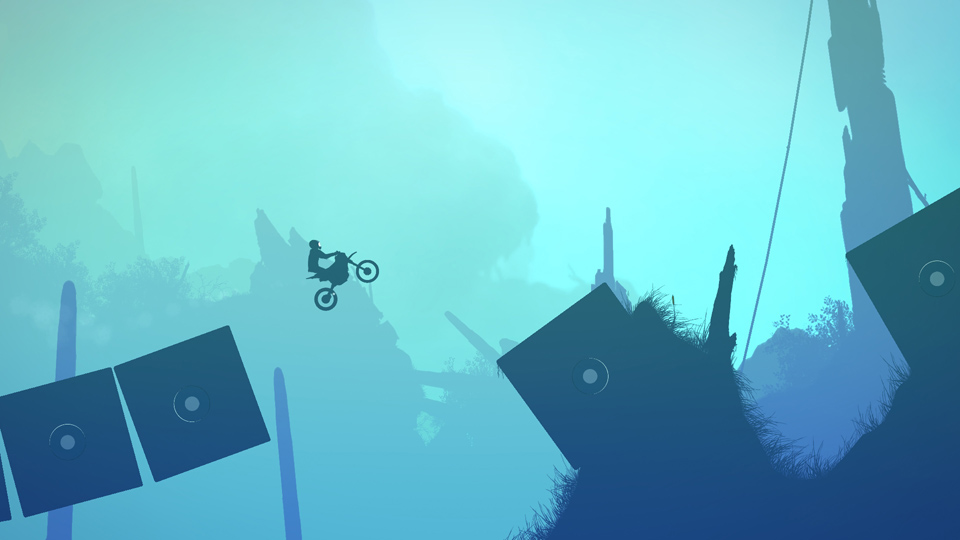 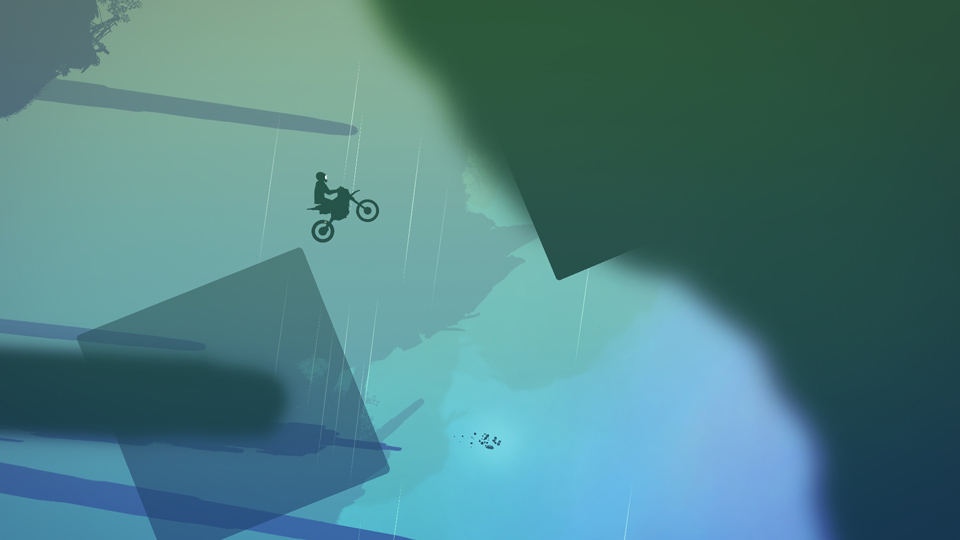 Eugeny Butakov: I have not yet decided about the future. Much effort has been spent on the development Psebay. After I finish work on Psebay for Windows 10, I will need to take a break from the game development a while, and then come back with new ideas. Perhaps I will continue to develop the universe for Psebay or maybe start something new. Now I just cannot give you an answer. I really want to make a first person game in a sci-fi setting. However, I don’t think I can do that alone. It may be more than I can handle, but if I still dare to give it a try, I will assemble a team.

Jaymes Carter: The physics in the game are pretty amazing. The motorcycle controls really well, which is an important part in making the game successful. Do you ride a motorcycle?

Eugeny Butakov: At the moment I do not ride a motorcycle. But, when I was still in high school I did.

DroidGamers Game Summary: Psebay is an excellent game with great controls. The art direction and level design are impressive. There are small touches in the details, like splashes of color on the flowers, the countdown timer being on the motorcycle gas tank, shooting stars that silently stream across the background as the palette of color changes and a myriad of other things that show great attention to detail and game design.  The game is free to download and play the first few levels. You can then unlock the complete game, along with a easy to use level editor for $1.99  If you enjoy playing motorcycle games in this genre, Psebay shouldn’t be missed. Eugeny Butakov has created a masterful game, and he is definitely an independent game developer to watch for future projects.