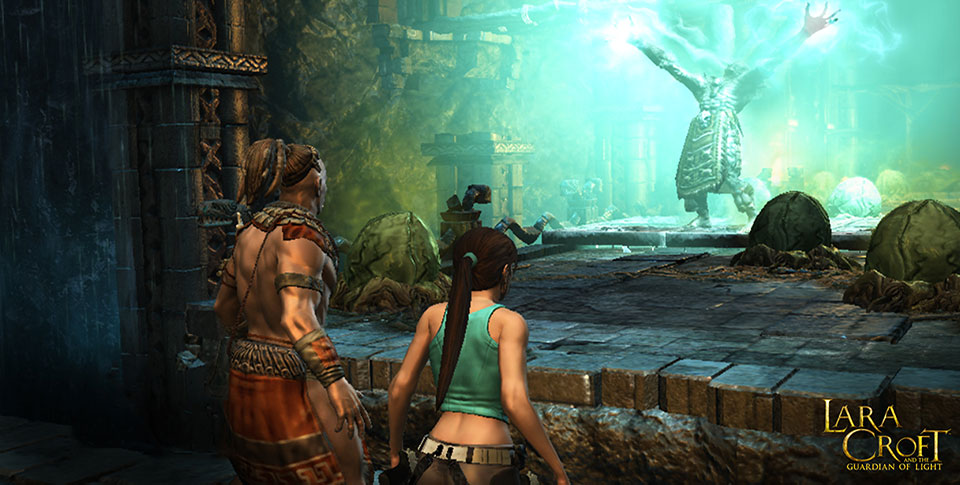 In this top-down isometric adventure, veteran tomb raider Lara Croft goes up against the vicious minions of Xolotl, a malevolent Mayan spirit who commands hordes of spiders, trolls, and demons—and he isn’t afraid to use them. 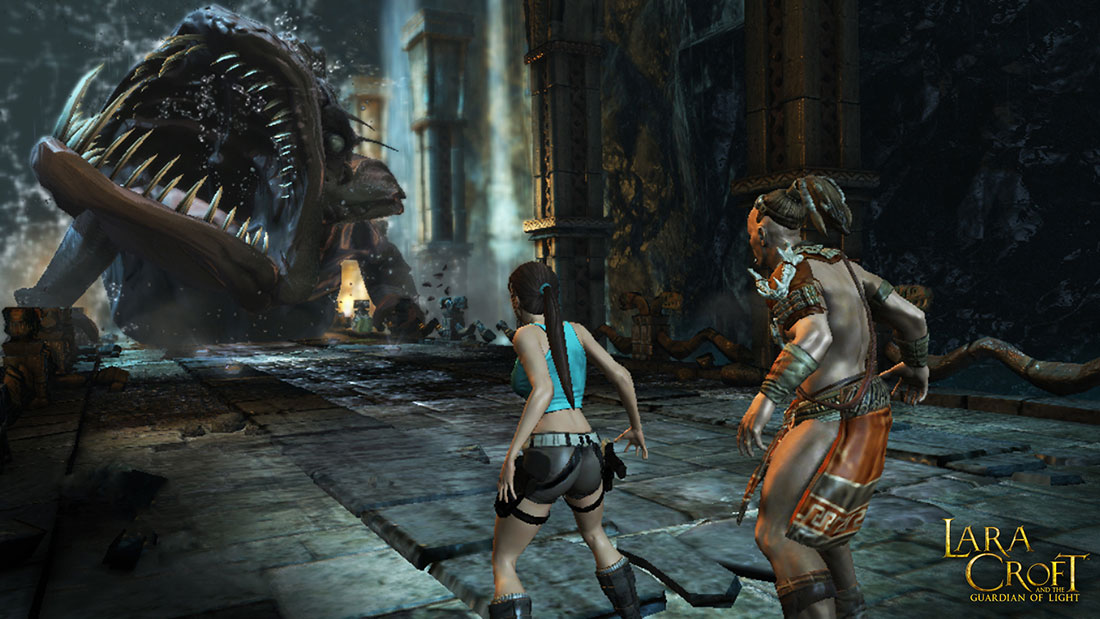 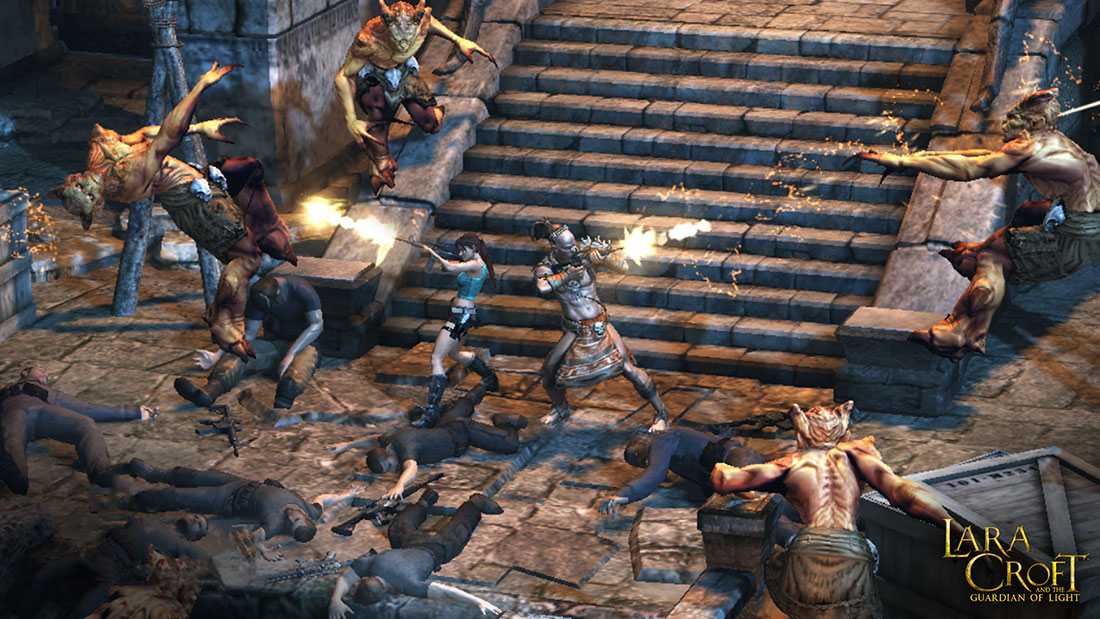 Luckily, Lara quickly becomes allies with Totec, a Mayan warrior who battled Xolotl in the past and knows the secret to putting the ancient horror back in his prison: The Mirror of Smoke. Totec is more than a bit player in Lara Croft and the Guardian of Light, however. A second local player can take the role of the warrior, thus bringing the element of teamwork to the Tomb Raider series. Lara and Totec aren’t mere clones of each other, either. Both characters have different skillsets, strengths, and weaknesses that require players to put their heads together if they want to overcome enemies and obstacles.

For instance, Lara can use Totec’s shield to reach higher places, so long as the Mayan holds it steady for her. Totec can walk across Lara’s grappling hook like a tightrope. In time, Lara teaches Totec how to use modern weapons like guns.

But Guardian of Light also offers plenty of reminders that cooperation isn’t everything. There’s plenty of combat and treasure-hunting on top of all the puzzle-solving, which allows for Lara and Totec to compete for kills and loot-grabs. 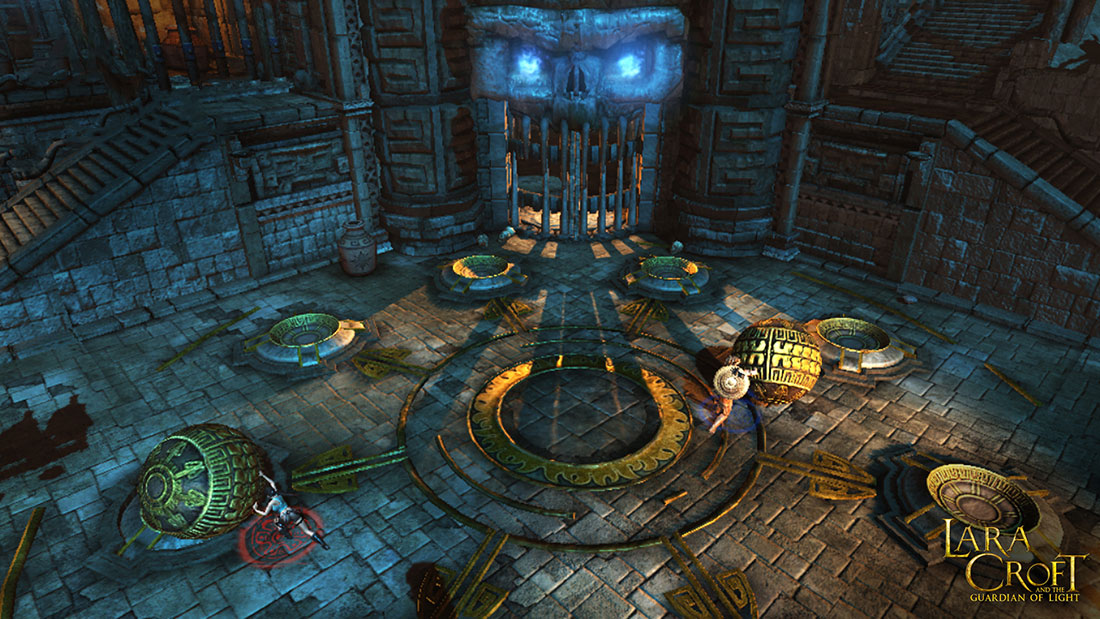 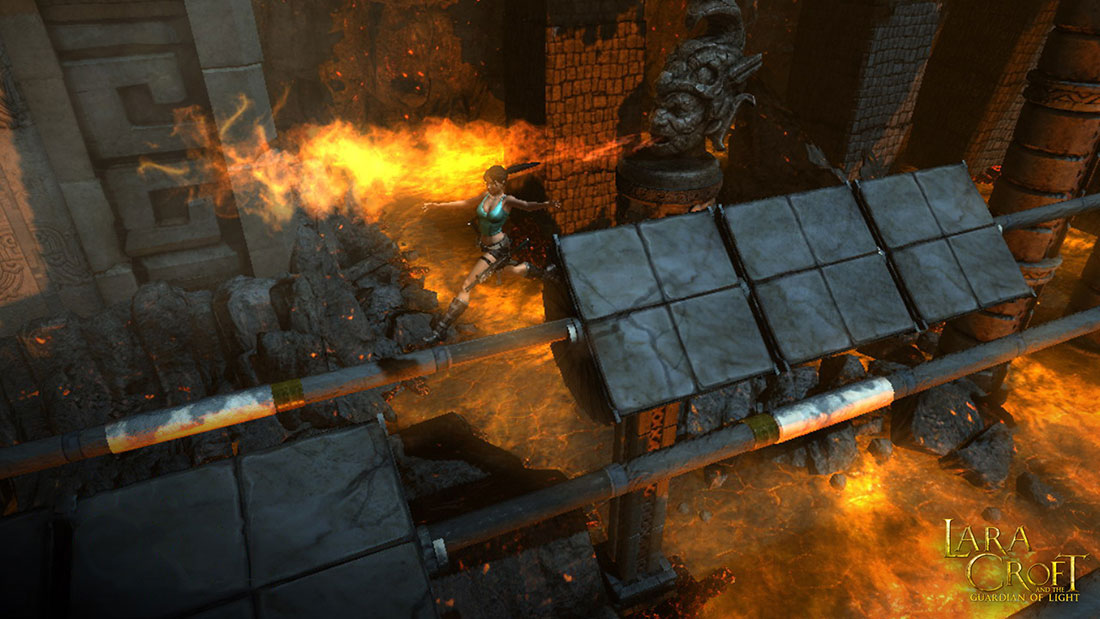 If you prefer spelunking through ruins by your lonesome, however, fear not. Lara Croft and the Guardian of Light also good as a single-player game, and the puzzles and combat are no less fulfilling and challenging even if you decide to take them on by yourself. Guardian of Light comes with hours of puzzle-solving and combat, and its fixed top-down camera is beneficial for those who want to enjoy Tomb Raider’s gameplay, but might feel boxed in or intimidated by its standard over-the-shoulder 3D format.

You can stream Lara Croft and the Guardian of Light to your Nvidia Shield devices using their GeForce Now streaming service.

GeForce Now: Lara Croft and the Guardian of Light