Developers who own a recently released Nexus brand device now have a much easier way to get the next iteration of Android downloaded and made available for testing their future games with. The Android Beta Program has now finally opened its doors to developers, allowing them for an easy way to grab the Android N Developer Preview.

Before the opening of the Android Beta Program developers, and anyone else wanting to grab the current beta version of the latest Android OS, would have to manually download and flash the OS onto their Android devices. Now, as long as you own a relatively new Nexus branded device, you can just download and install the current beta over-the-air. This clearly makes it a lot easier and less time consuming so developers can focus on things like… oh… developing games? 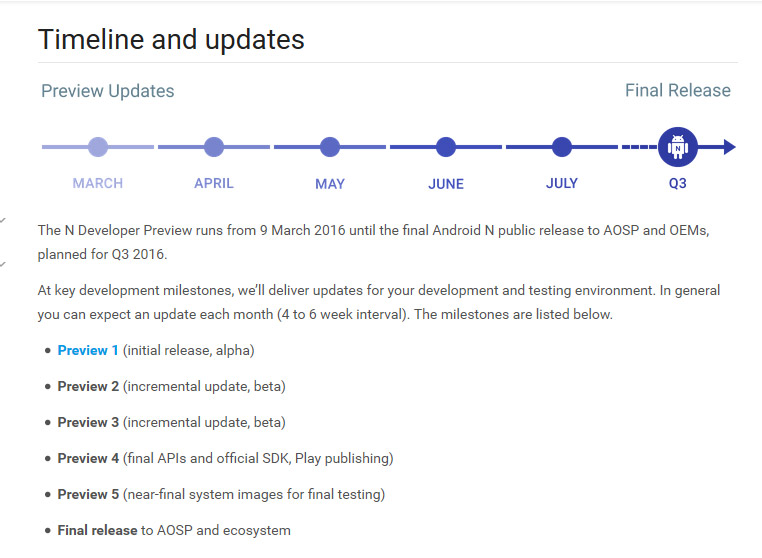 Enrolling in the program is easy as well, just go to http://google.com/android/beta on your Android device (which has to be one of the approved devices in the list), and pick the device you want to have receiving the Android N updates. Once that is done, you will get your first download pretty much right away. After that Google will be pushing out updated roughly every 4-6 weeks. If you want to unenroll a device later on, just go to the same page and select Unenroll.

Right now this is only available for developers but Google is planning to make this available to the general public later this year, sometime in Q3 2016. Remember, this is a developer preview, so there will be bugs. On a side note, developers can snag a Pixel C for 25% off ($449 sale price) for a limited time off of the Google Store to help celebrate the launch of the Android Beta Program.