Mana Cube is based in Paris, France. While being located in one of the most beautiful places in the world, it appears there are some good games being created there as well. If you are a fan of classic dungeon crawlers, Dungeon Monsters may just be what you have been waiting for. Let us introduce you to a first-person RPG with style and plenty of quests.

I came across this game several months ago and have been eagerly awaiting its arrival. I was pleasantly surprised to find out that it had been released for Android recently. The game looked intriguing, and I liked the general direction that game was aimed in. I downloaded it immediately. We should have more to report about the game in a few more days, when we have spent a proper amount of time with it. In case you are interested, here is a little bit more about the game. 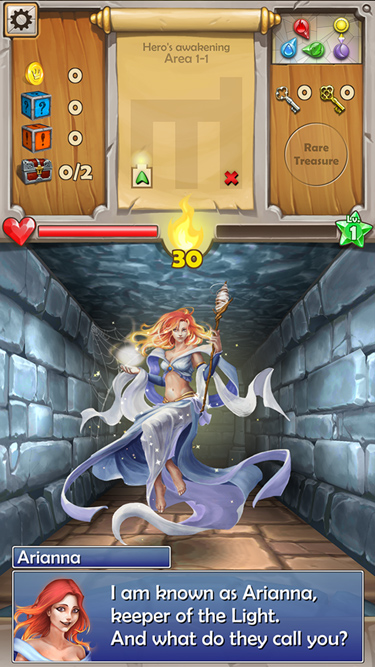 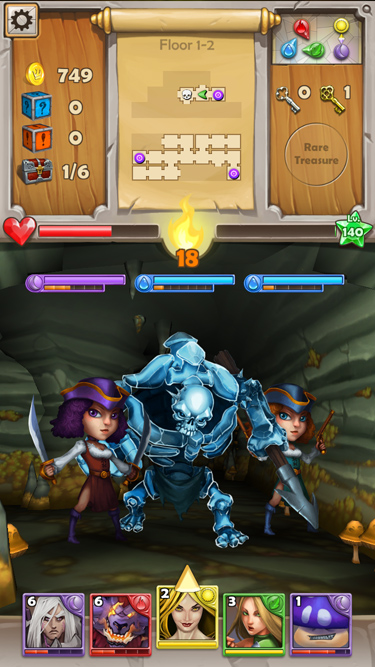 “To rescue the Kingdom from the evil Lord De Struck Shun, the player must complete a series of dungeons in a limited number of steps. Each dungeon is filled with nasty monsters, teleporters, doors unlocked with special keys and tons of items to loot: new units, gold, summoning crystals, XP, health etc. To help him battle, the player must form a team of 4 units chosen among 400 different creatures to collect and evolve.” – Mana Cube

After playing through a couple of the dungeons, I can say the game has quite a bit of depth, which is good to see. The game uses a tap to move motion, and swipes allow you to turn around in the dungeon. At first it can seem a bit disorienting, but there is an excellent mini-map that is at the top part of the screen. This is extremely useful, as you only have a small amount of time to get to the exit before your torch light runs out. 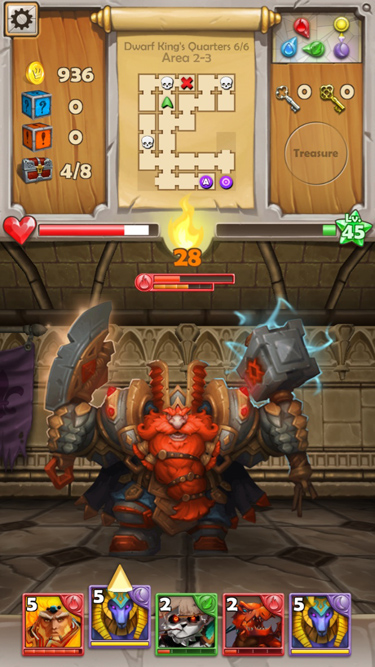 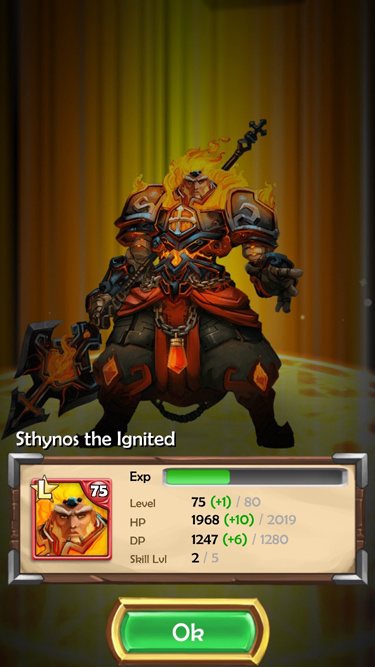 There are a large number of units and loot that you will find in the dungeon. You level up your units by fusion, so the better cards you find in the dungeon, will be put to use in upgrading your units. There is a bit of a learning curve here, but the tutorial in the game is very well executed, as is the art direction and game design. This is a full-featured game.

Dungeon Monsters is free-to-play game with optional in-app purchases. The game is integrated with Google Game Play Services with a whopping 93 achievements to unlock. If you miss playing classic dungeon crawlers, then you should check out Dungeon Monsters. It is a well-polished game that has an interesting story, good gameplay, graphics, music and well-implemented controls. Mana Cube has put together an impressive package. It will be interesting to see how far the free-to-play structure, will allow you to travel into the depths of the dungeon.