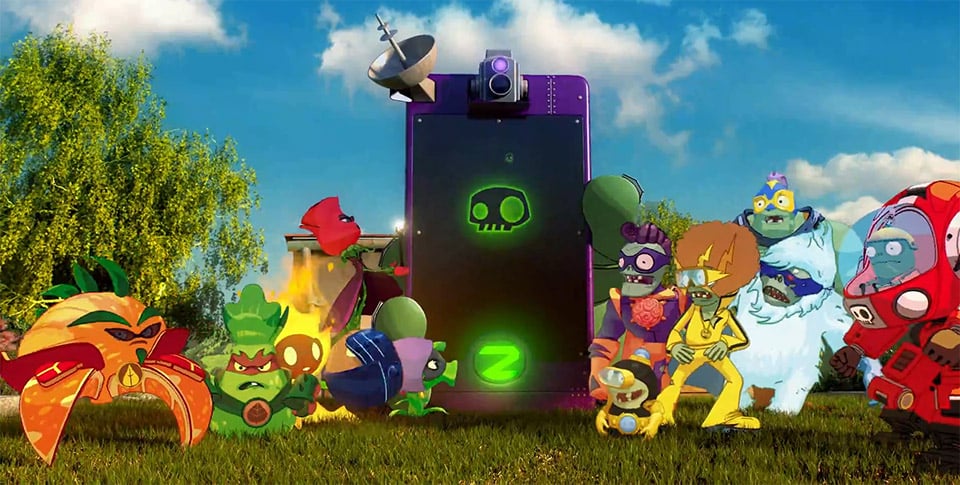 Plants vs Zombies, the popular strategy franchise, has just dropped a teaser trailer for their upcoming game, Plants vs Zombies Heroes The Lawn of a New Battle. According to the trailer, players will be choosing which side of the battle they will participate on, which is to say either the “world’s most powerful plants”, or players can throw their lot in with “Earth’s mightiest heroes”, which one assumes will be the zombies.

Players will look to both recruit sidekicks as well as grow your own team. Footage of actual gameplay is sparse in the trailer unfortunately, but what I could make out appears to be the similar defense-oriented format that they’ve used in the past, only with one unique hero/captain from each side standing at opposing ends of a table. This is where the match is played between them. Given that players can choose their side, the Zombies will be available as an option in this game, as well as the fact that the heroes of both sides have unique characteristics, with individual super powers that can apparently be used to help sway the outcome of the match.

The entire game itself takes some inspiration from the recently release Clash Royale game from Supercell, in that there’s a ton of troop types players can collect, as well as individual character heroes from various Plants vs Zombies games, such as Super Brainz, Z-Mech, Citron, and Rose. However, you can only pick a select few, including your hero of choice, with you into battle. Once you’ve picked those units, you’ll be letting them lose onto the battlefield in a turn-based fashion.

There’s no specific release date as of yet, but we may end up getting some hands-on time next week during GDC 2016. If we do, we will report back everything we find. This will be available for download for free with optional IAPs. Currently Plants vs Zombies Heroes is available in a soft launch on iOS, which means the game is already close to being done. There’s quite a few videos on the official YouTube channel for this game that features each troop type and what they do, so there is plenty to watch in the meantime.