Marvel Future Fight has three new characters making their debut with this update: Proxima Midnight, Black Dwarf, and Corvus Glaive. These are three members of the Black Order, which is a group that serves Thanos. For those of you not familiar with who that is, Thanos is one of the most popular (and darkest/powerful) Super Villains in the Marvel Universe.

Outside of the new characters, there is a whole new raid arriving with this update. This raid is actually themed around those three new characters and the Black Order. Proxima Midnight, Black Dwarf, and Corvus Glaive will be appearing as bosses in the new raid. This new raid also has new mechanics (new themes, team formations, and battle methods) in regards to how players team up and handle each fight. 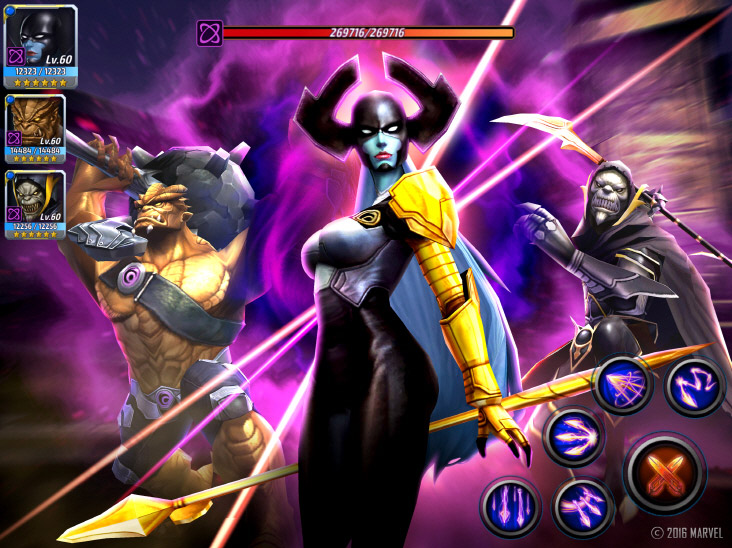 The Timeline Battles also now have a new real-time battle system in place, as well as new weekly updates to rankings so you can see how you performed the previous week. Players can now create decks with advantages over other players in real-time battles and can also change special gears to be able to ‘snipe’ specific characters and use different strategies on the fly almost.

Lastly, there is a new system that is replacing the existing cover system. This will allow players to collect cards to increase the stats of Heroes. These cards can be earned in specific stages and are available in stores.