In addition to the story mode, Brave Souls features a wealth of single player and multiplayer options that will keep the player satisfied beyond the initial excursion. Brave Battles: This mode offers automated PvP in which the player selects three characters from their roster and pits them against other online players in order to compete for ranks. Players are initially limited to five PvP battles per day, but may unlock up to ten battles per day. 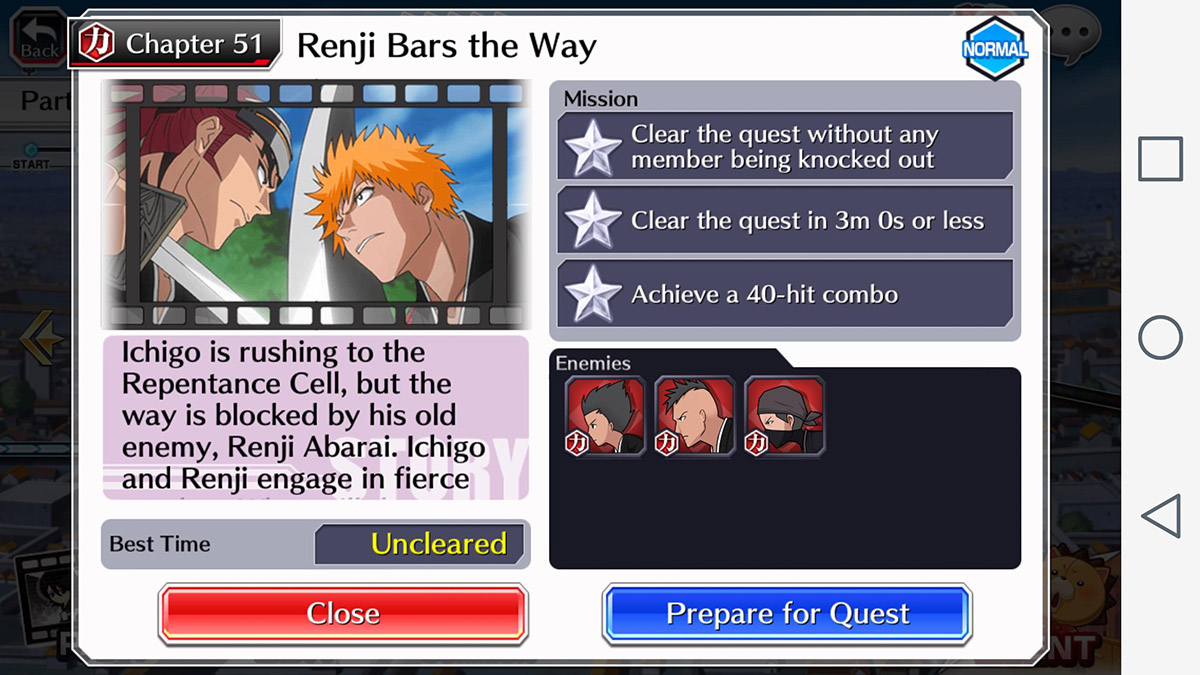 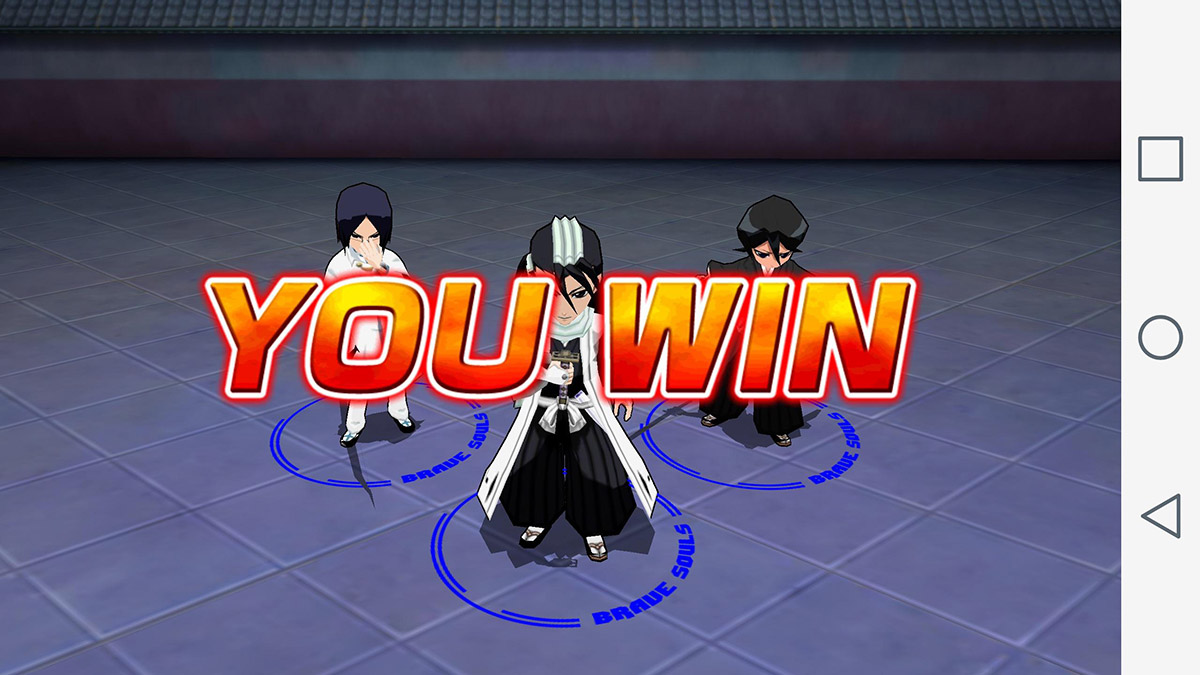 Co-Op Quests: Join up to three other online players  (randomly, or on your friends list) in real time to complete cooperative quests that involve playing through a stage, defeating enemies, and facing off against a boss. Events: Weekly quests are made available to players, and are based on original side stories or inspired by existing plot lines from the series. Each quest allows the player to level up their characters, earn spirit orbs or unlock new characters.

Aside from a buffet of game modes, Brave Souls is driven by a robust character leveling system that is divided into three components; automatic leveling, “ascend”, and the “soul tree”. Automatic leveling occurs after playing through a quest in any of the game’s quest oriented modes. Even if the player fails to complete a quest, some experience is still awarded. 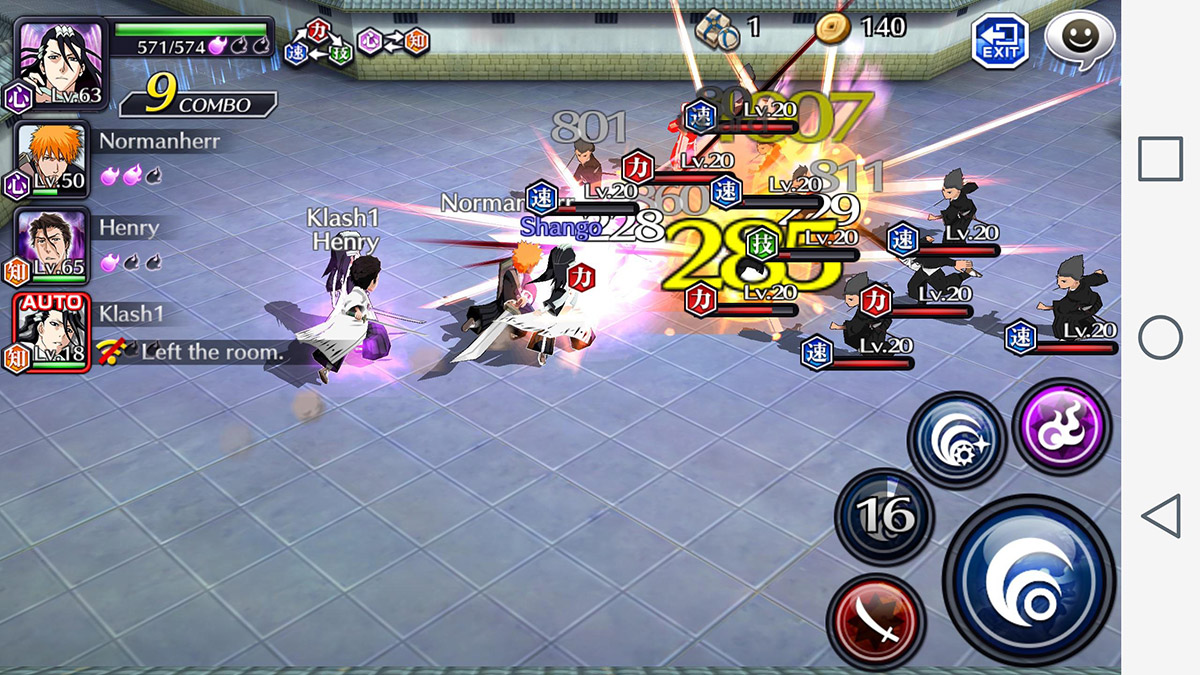 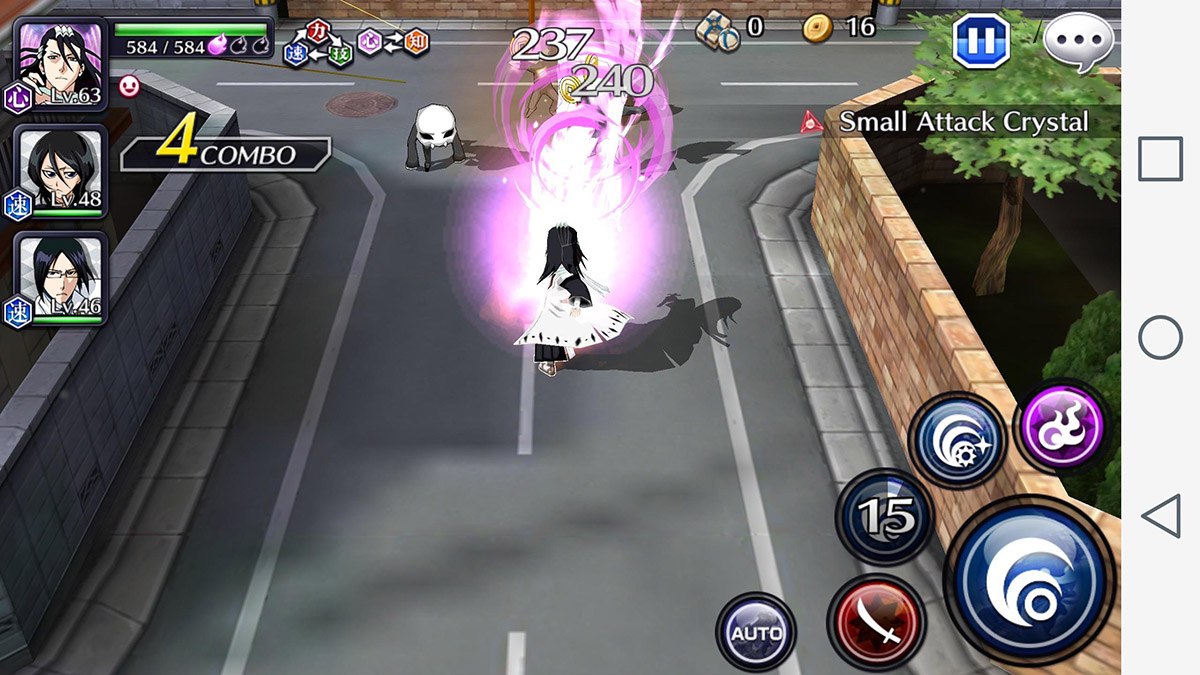 “Ascend” is a mechanic that allows the player to merge one or more character summons in order to raise the level cap of a given character. Most character summons start off with a cap of 20 or 30, but through the ascend mechanic, characters may reach a maximum level of 100.

Soul trees are unique to every character and allow the player to boost a given character’s individual stats including their attack strength, stamina, defense, and spiritual pressure (among other stats). Since each character summons has a unique tree, it is possible for players using the same character to have different play styles based upon the available skills in a particular tree, such as varying types of bankai (a sort of super move).

As is the case with many free-to-play titles, Brave Souls makes use of multiple in-game currencies for different purposes. Spirit orbs are used to purchase items, characters, and to progress skills on the soul tree. Soul tickets are used to enter quests in any of the game’s modes, and coins can be used in place of orbs for certain purchases. 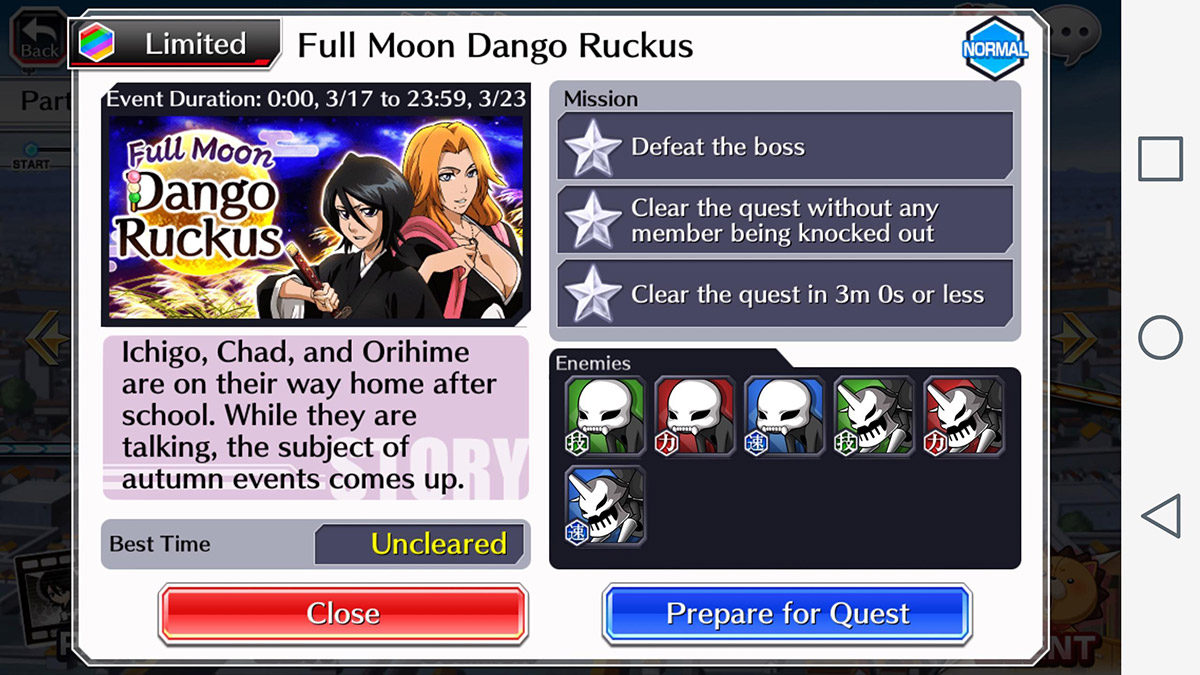 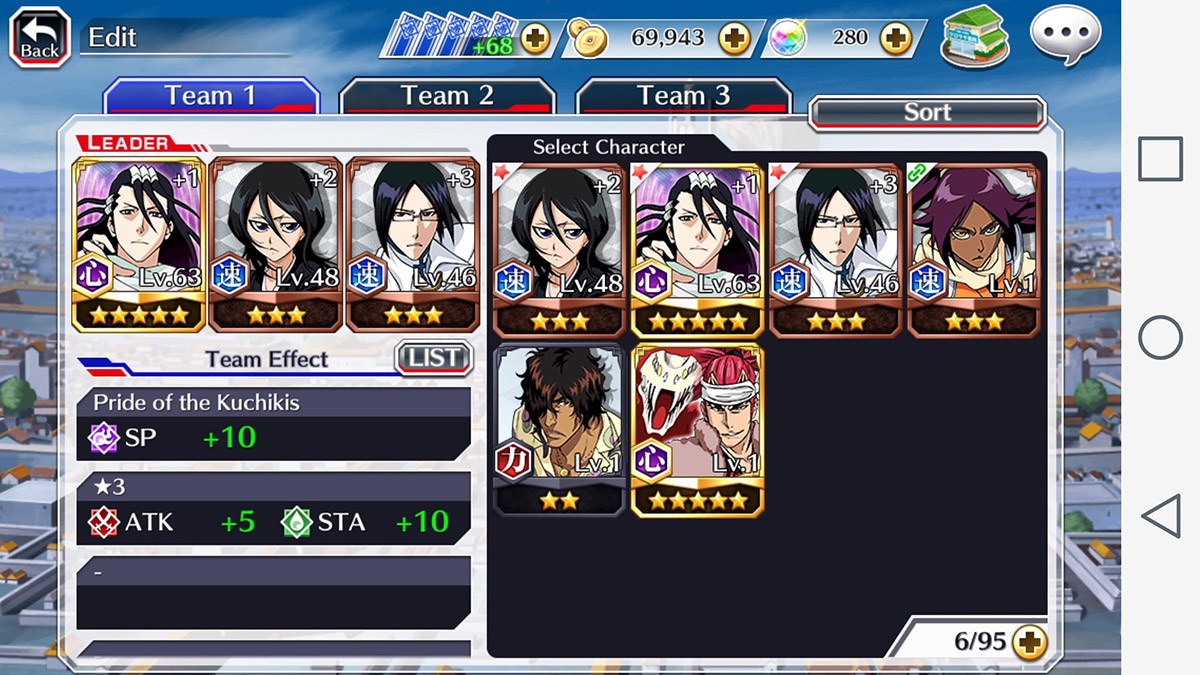 KLab deserves much praise for limiting necessary transactions to the use of spirit orbs, which can be obtained by simply completing quests or logging in daily. Available soul tickets can deplete quickly after a play session of roughly 25 minutes, but the wait time is short (about 15 minutes) to replenish a single a ticket. Since tickets may be purchased with spirit orbs, players are rarely forced to wait for long periods of time before they can resume playing. Even then, it is possible for the player to obtain soul tickets as a reward for completing a quest, so players are able to play continuously without having to mind soul ticket usage. Of course, for players that are eager to continue their adventure, spirit orbs can be purchased with real world currency. 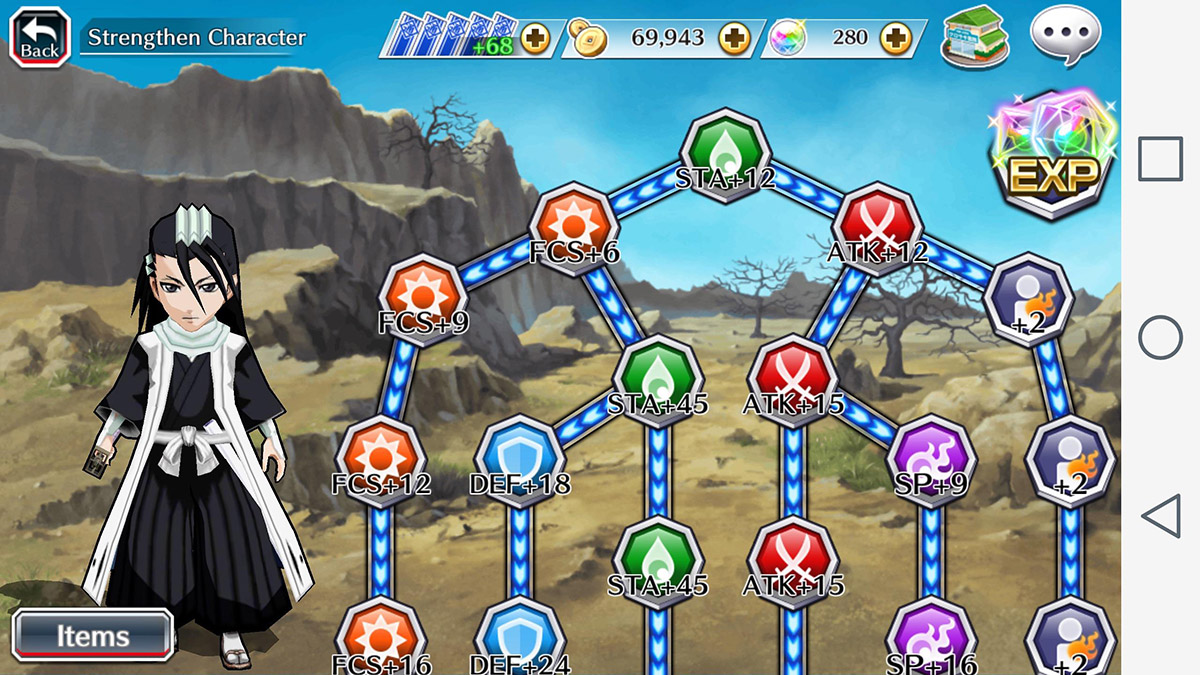 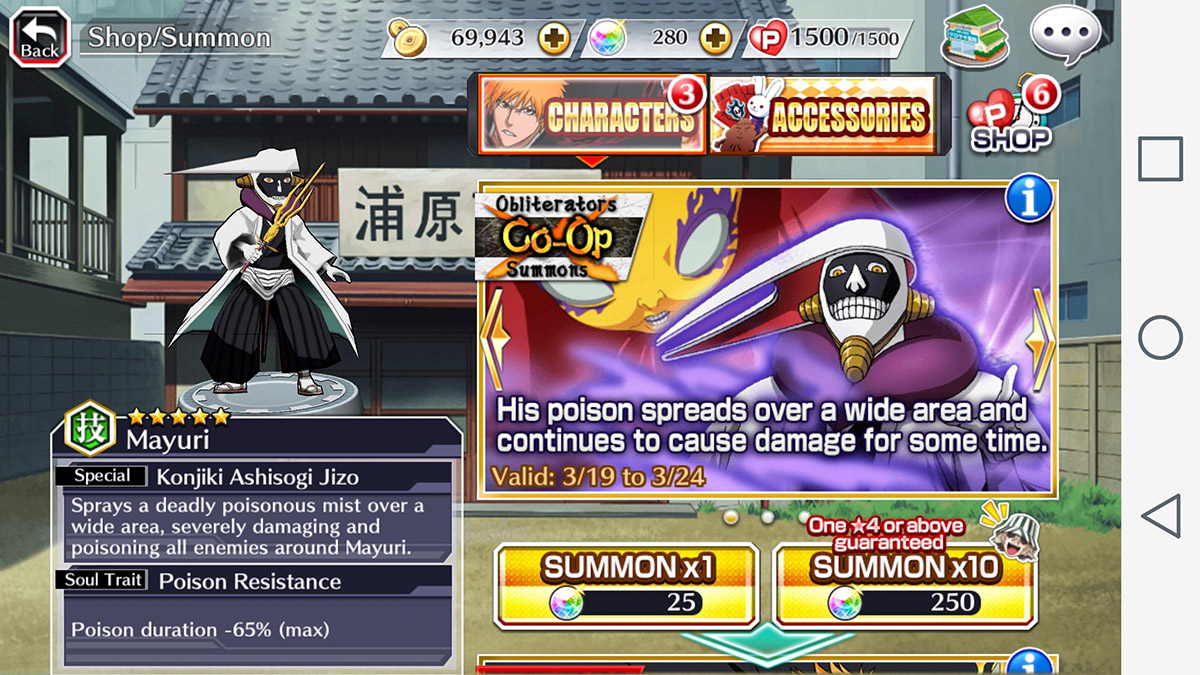 What is distinct about KLab’s strategy is that the focus is on creating a compelling experience so that players will want to enjoy longer sessions (thus spending money to continue playing), than they are with hitting players with as many opportunities as possible to drop cash for a micro-transaction.

KLab’s admirable approach to free-to-play is coupled with what is undoubtedly one of the best action role playing game experiences to be had on any gaming device. Controls are responsive, and don’t monopolize screen space. The action is fast paced and gratifying rather than repetitive. Boss battles shine as one of the most engaging aspects of the gameplay, if for no other reason than the fact that the “boss battle” is a bit of a lost relic to the world of modern gaming, but is sorely missed, and provides a fantastic sense of flow and climax to each stage. 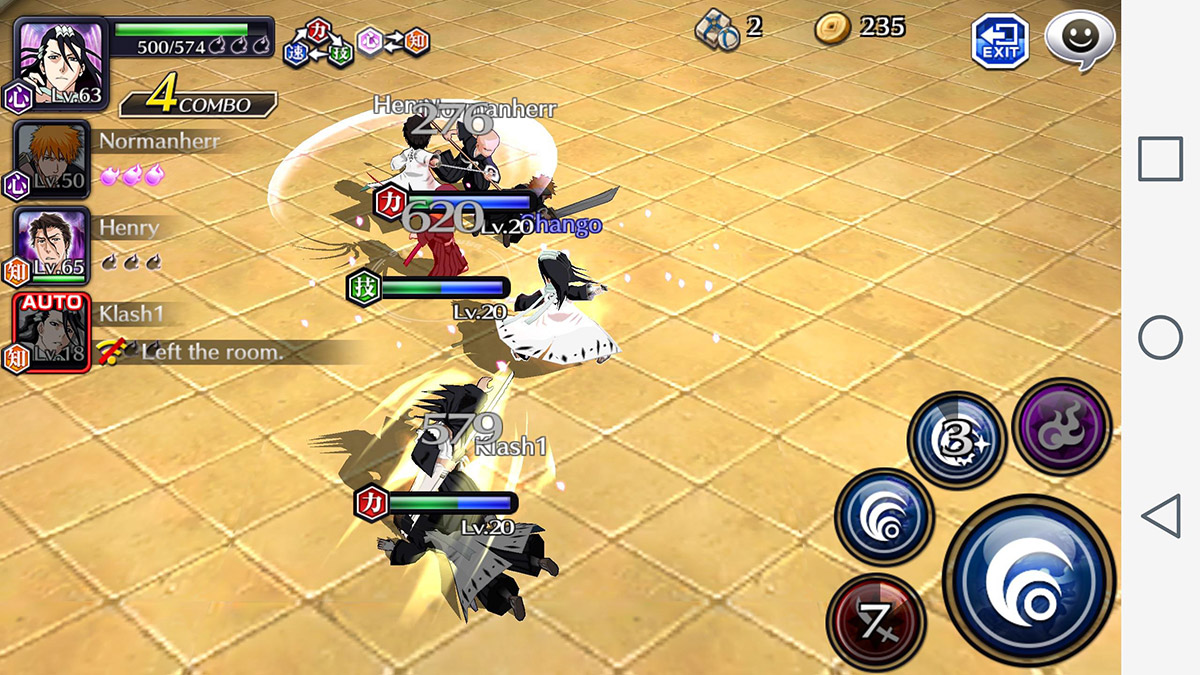 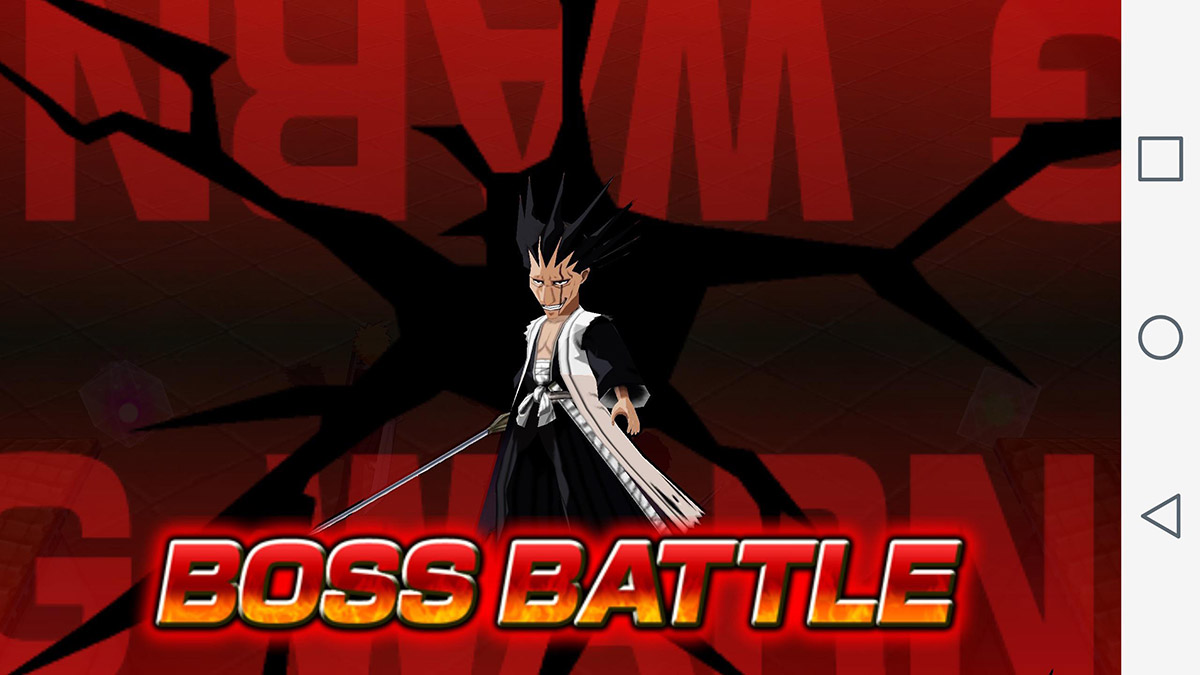 Even if one is unfamiliar with the Bleach property, Brave Souls stands well enough on its own as a top-notch hack-n-slash with light RPG elements, that the game comes recommended to gamers of all types and not just fans of the anime. But if you do happen to be a fan of the venerable series, then Brave Souls will have you falling in love all over again with the world of Ichigo, Rukia and the rest of Tite Kubo’s exciting creations.

You can head to the Google Play store now and download a copy of Bleach: Brave Souls for free.