Pixowl’s The Sandbox game has done exceedingly well for itself since its initial release. We’ve talked about that game a few times on here, either about the original launch or regarding some of the updates that have greatly expanded the game from what it once was. Needless to say, when we got an offer to check out the sequel at GDC 2016, we were pretty interested in seeing what was new.

For those of you not familiar with The Sandbox, this game is pretty much as the name suggests, a digital sandbox to do what you want while in it. Featuring pixel art style of visuals, players could do anything from creating a living world, to making their own pixel art. You can even make Chiptune tracks in it if you really wanted to do that. What made this game even more interesting is that it is all done in a 2D perspective, so it isn’t Minecraft or anything like that. This is, of course, the quick and dirty description of The Sandbox as there is a lot more depth to it than what I’ve mentioned above.

The Sandbox 2 continues on with this concept of being able to do whatever you want within the game, but expands on it in a number of ways. First, the pixel art visuals have been improved upon, featuring a lot more details to them than before. Another enhancement to the game is that when making a world, the area can be much larger than in the original game, up to 10x bigger actually. In fact when creating a world, you’ll notice a number of enhancements within it while building and playing in it. There’s a much improved weather system, and an improved day/night cycle which comes complete with a fading moon and twinkling stars. It’s little additions like that which really seems to bring more depth and personality to the game and the world you happen to be building. 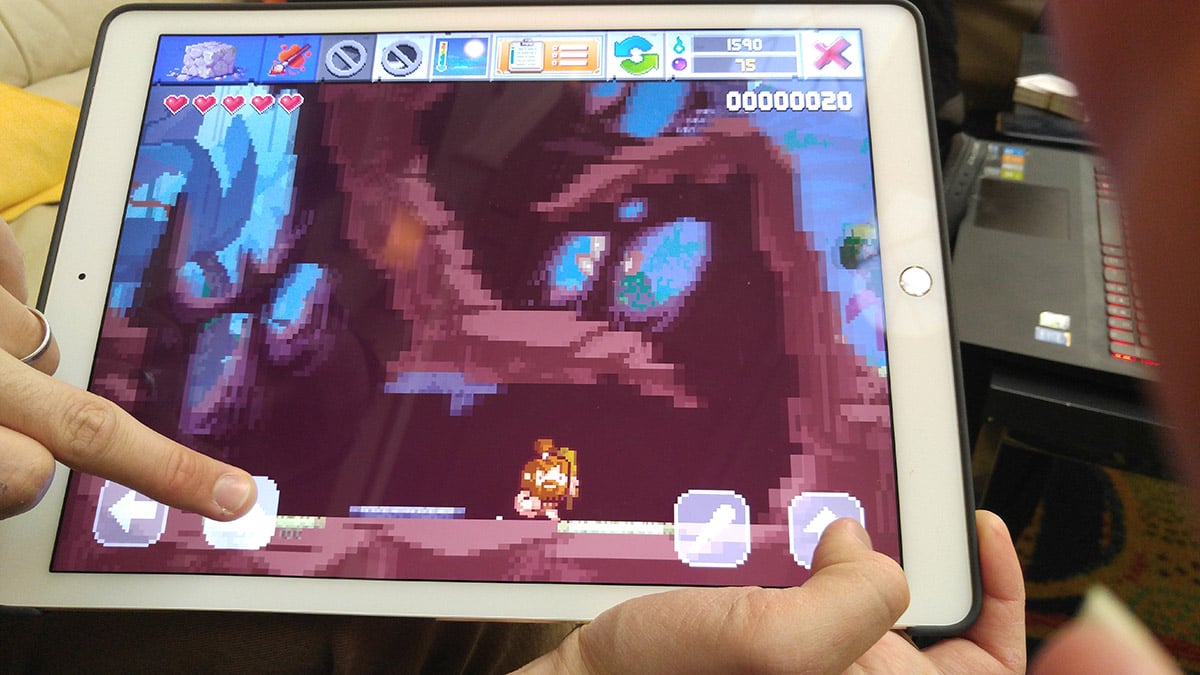 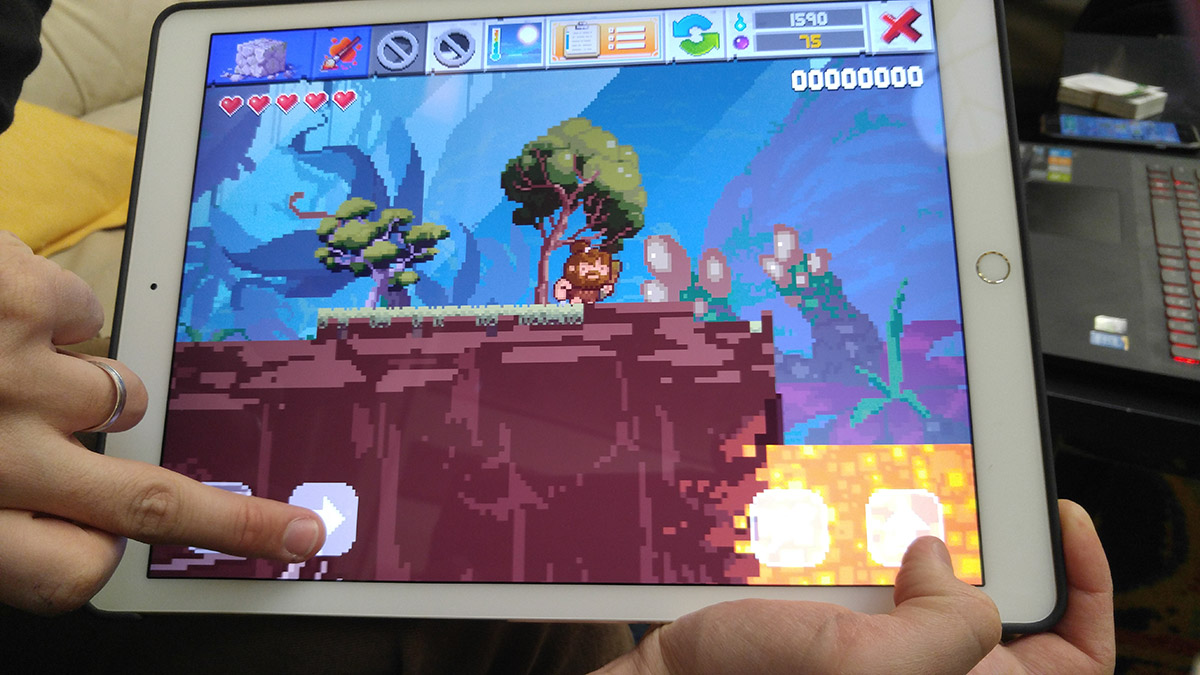 Of course you can build pixel art yourself in this sequel as well as Chiptune tracks once again. Both can also be much larger in size and with the pixel art portion, a lot more detailed as well. Naturally, just like the original game, players in The Sandbox 2 can share their creations, regardless of what they are, with other players who are then free to enjoy your creations themselves. In regards to a created world, other players can go about exploring them, watching nature take its course like a bear mauling a goat viciously before eating it, or watching humans go about their business. There’s a lot more elements that can be added as well than the original title.

The biggest addition to the sequel is a new tab in the menu where you can select items to add to your world, art, etc. This tab is labeled as simple ‘Game’ but yet this tab adds an entirely new dimension to what players can do in this sequel. As you may or may not be guessing, you will be able to create games for you, or other people, to play within The Sandbox 2. Right now, in the early stages of development that the game is in, players can create platformer style games using these tools and items. 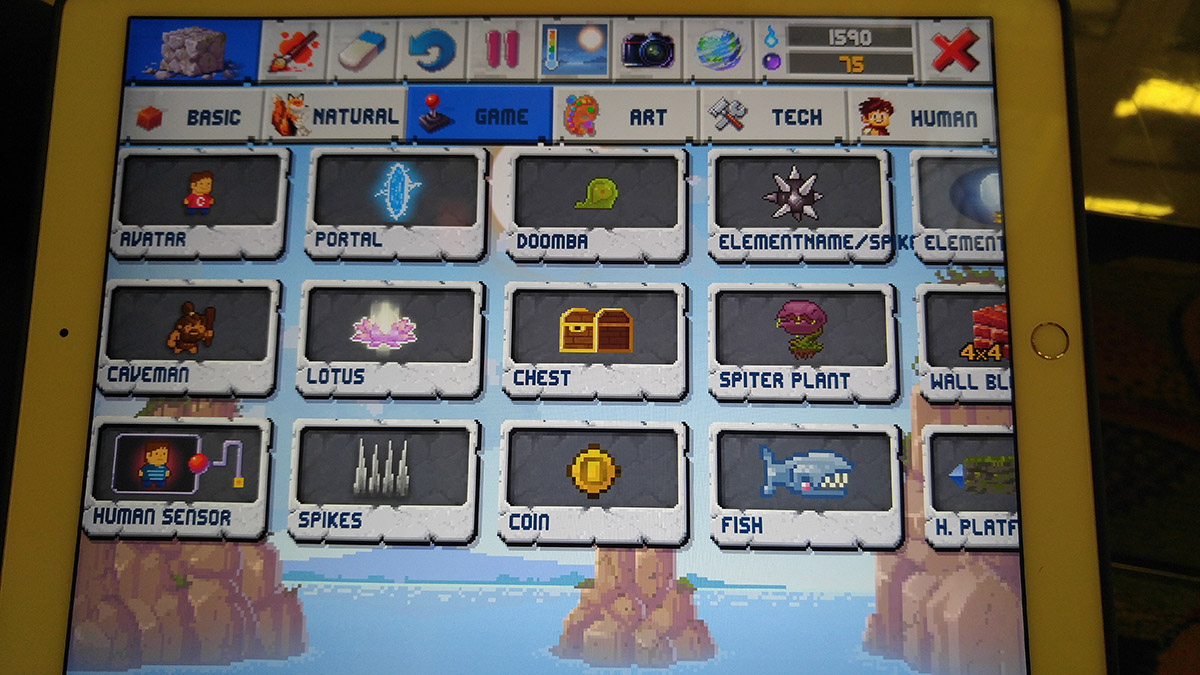 So the steps to creating a platformer inside The Sandbox 2 are pretty straightforward. You’ll create your game world, including the landscape you want it to have, then jump into the game tab and start adding the elements you want. It can be as simple or as complex/difficult as you like. There will also be multiple types of characters available for you to add as the main playable ‘hero’ in your game when Sandbox 2 launches. Each one will have unique abilities that your game can be fashioned around as well. Once you’re done building your game, you can save it and play it as much as you want, as well as share it with other people who can also play it.

There is a campaign mode in this sequel which helps to unlock items that you can later use. However, there is also a new Quest 100 mode where players can challenge themselves to finish each of the selected levels from the best player creations. The included campaign mode comes with 4 campaigns with over 100 additional quests as well, all with a storyline as well as using a lot of the new mechanics that are debuting with the sequel. Overall, there is a lot of additional items and features to be added before release, but there was still a lot present when we went hands-on at GDC 2016. Even the world backgrounds have more depth-of-field effects and other little goodies.

Unfortunately there’s no exact release date as of yet, but the wait isn’t that long as Pixowl does plan to launch The Sandbox 2 sometime in June or July 2016. It will be free to download and play, with optional IAPs available to help unlock items faster in the game. However, all items can be accessed as well just by playing the game, so you don’t have to spend any money unless you want to.