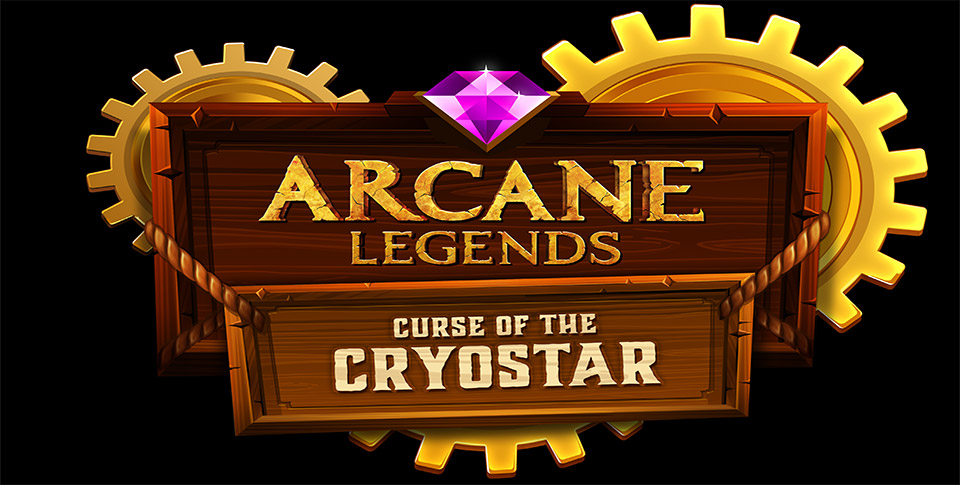 Spacetime Studios has quietly been working on a rather large expansion for their Arcade Legends MMORPG called Curse of the Cryostar. This update, according to the company, is the largest one to date for the game, bringing with is a big level cap jump, a few new dungeons, a lot more items and loot, and a lot of new features requested by players.

First, players will need to get back into the leveling mindset as the new level cap is 56 now thanks to this update. This is the biggest jump the game has seen for this, with an additional 10 levels now being added for players to earn. Along with the new level cap, there are three new dungeons to work your way through. Each dungeon fits into the new level cap and also contains plenty of the new items and weapons that are also being added with this expansion.

In total, there is over 30 new items and weapons/armor for players to find. Not all of them are drops from dungeons either. Some are new craft-able items as well. If you are starting a new character, you can get it power-leveled to 46 right away, so you can then just jump right into the new content… almost. In order to actually access the Curse of the Cryostar, you will not only fight against the Ren’gol orcs, but also face a new threat in the form of a heretic Gnome leader named Jadis Gearloose.

As for the player requested features, over the next few weeks you can begin trying out a new Skill Mastery system, power level your pets, collect item sets, and find new ways to open Loot Crates. There is also a number of UI improvements as well. The Curse of the Cryostar update is now available for download off of Google Play for those of you with Arcane Legends installed.