Nexon was once a name reserved for the MMO world. With titles like MapleStory and Vindictus under their belt, nobody expected them to break into the mobile industry. Now, 11 years after their North American launch of MapleStory, they have close to 10 games on Android and iOS, their most recent title being Medal Masters.

Medal Masters falls neatly into the Gacha genre of games, in which players are presented with countless characters (currently more than 245) that they collect and level up.

The story isn’t the focal point in Medal Masters, as it rarely is in this genre. An evil presence is sweeping across the kingdom and only you can stop it. Sound familiar? Fortunately, the dialogue is rather witty and entertaining at times. And it’s used sparingly. 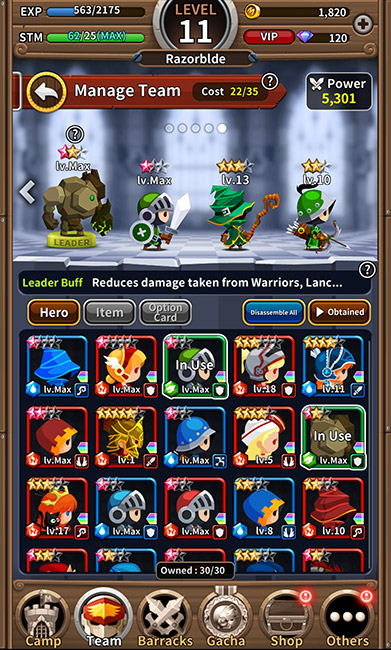 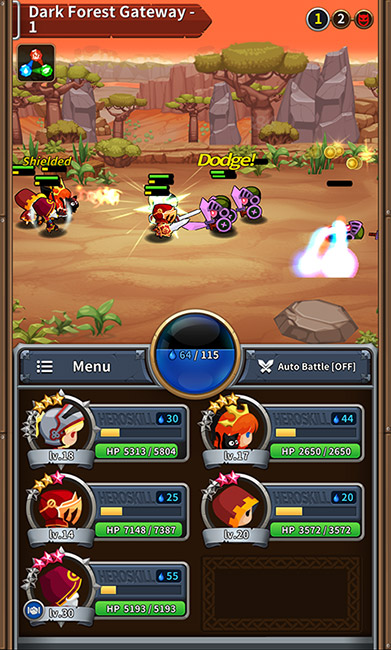 The heart of the actual gameplay lies in the battles, which consist of several heroes auto-attacking the opposing force. While your adorable little heroes are ruthlessly bashing away at the enemy, their ability bars rapidly charge. Meanwhile, a Mana pool in the center of the screen is also gaining steam. Once a hero’s ability is ready to use, you can touch their portrait to use their skill. This costs a certain amount from your Mana pool, and then prompts a circle to form around the character. Touching the screen again at the proper time grants a boost to their skill, while touching it at the wrong time grants you nothing. Their skill then proceeds to work its magic, be it damage, healing, or a protective shield for your team. If you manage to use several skills in a row and touch the screen at the right time, you can form chains which increase the effectiveness of the next skill. This can not only turn the tide of battle, but also make you feel engaged in the otherwise automatic action.

Once enemies have been defeated, orbs for recovering Mana and health then drop on the ground. Generally levels consist of three to five battles, so utilizing the healing orbs and saving your healing spells is key. These mechanics save what could easily have been a flat combat experience.

When you’re not battling the evil evilness attacking the kingdom, you can spend your coins on leveling up heroes while you’re away from the game, upgrading your barracks to further upgrade heroes, awaken heroes to further their stats and buy cards that can buff your heroes further. Essentially, there are stats out the wazoo. It can quickly become overwhelming, and you’ll find that your constantly hemorrhaging gold. That being said, it is very rewarding to watch your beloved heroes grow into powerful little monsters.

There are also several other game modes beside the campaign, including a PVP-based Pillage War, in which players fight one another for special loot which is then used to upgrade heroes. There are also limited-time dungeons, special events, and an infinite dungeon. Each of these yields pieces needed to unlock elite heroes or cards.

Have your eyes crossed yet? Stay with me, we’re almost through this. I promise.

Being a F2P game, there is a dreaded energy system in place. Luckily, the game hands out energy like candy through daily rewards. Because of this, I have yet to run completely out of energy. This could also be due to some level of self-control, but I wouldn’t give myself that much credit.

Overall, this is a great time sink and a worthy addition to the growing Gacha genre. The abundance of items, Gacha draws, unlockables, game modes and upgrades can be overwhelming, but it never detracts from the entertaining core gameplay. If you’re a fan of ridiculous fantasy stories, the addictive nature of Gacha games or slick presentation, you owe it to yourself to try this one out.

Medal Masters is available now on the Google Play Store.