Released by RevampedPRO, The Slime King’s Tower is an adventure game that’s set within a tower full of dungeons. In this game, players will assume the role of an adventurer who has embarked upon a journey into the eponymous tower, to rid it of all the slime that can be found.

Players will need to navigate the tower’s enemies and hazards, and make use of the items that drop from the vanquished slime, as well as abilities and skills available. These bonuses include upgrades that increase bullet damage, or cause them to ricochet around the room. The tower has portions that are procedurally generated, so rooms, enemies, and items get rearranged with each play through. 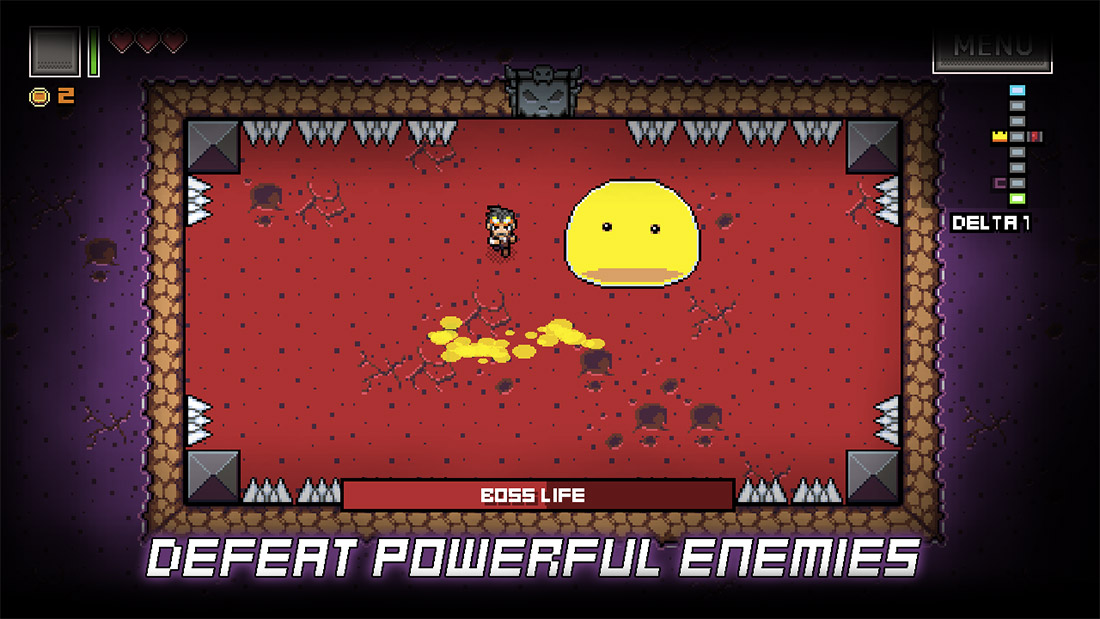 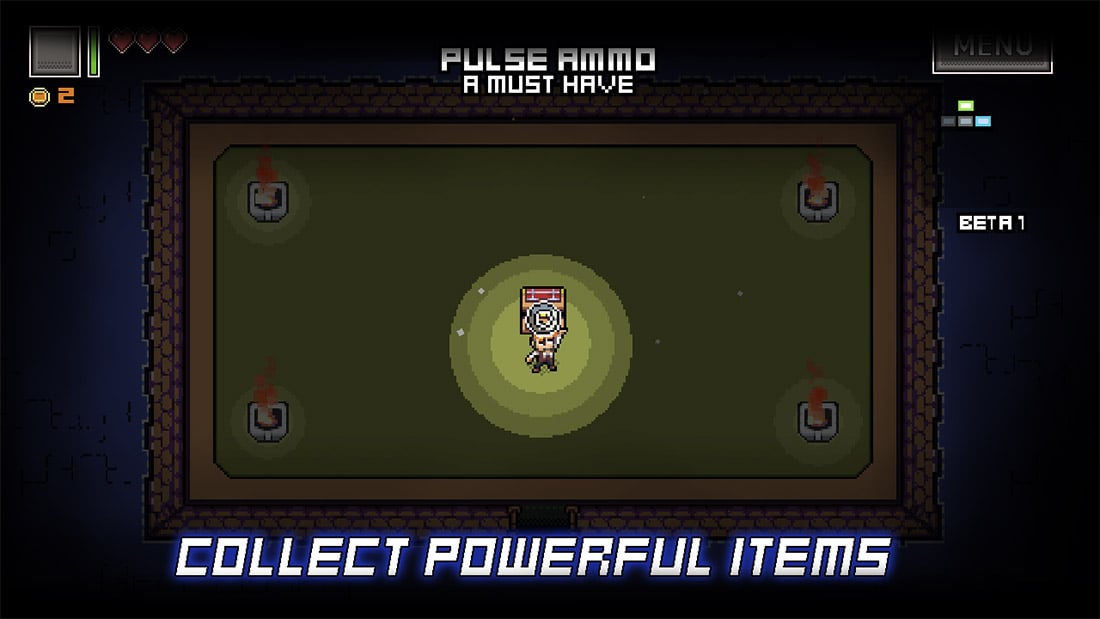 The game uses dual stick controls, and has the faux retro look and sound that are popular these days. The visual layout seems to pull inspiration from the dungeons of Legend of Zelda, only instead of going through them with sword and shield, players are going through them with a machine gun. Other visual similarities contained within the game are things like the snakes as enemies, urns that are the spitting image of the clay pots, the doors that connect adjoining rooms, hearts for measuring health, and so on. And I don’t mention this to detract from the game, but in fact, just the opposite. It’s a classic look that fits this game well, so don’t let it stop you.

The Slime King’s Tower includes a leaderboard, as well as the ability to tweak the camera view. Specifically speaking, it’s how much of the periphery is draped in shadow, thus obscuring what may be in hidden within it. The game is available from Google Play, either free with ads, or a pro version coming in at $2.22. 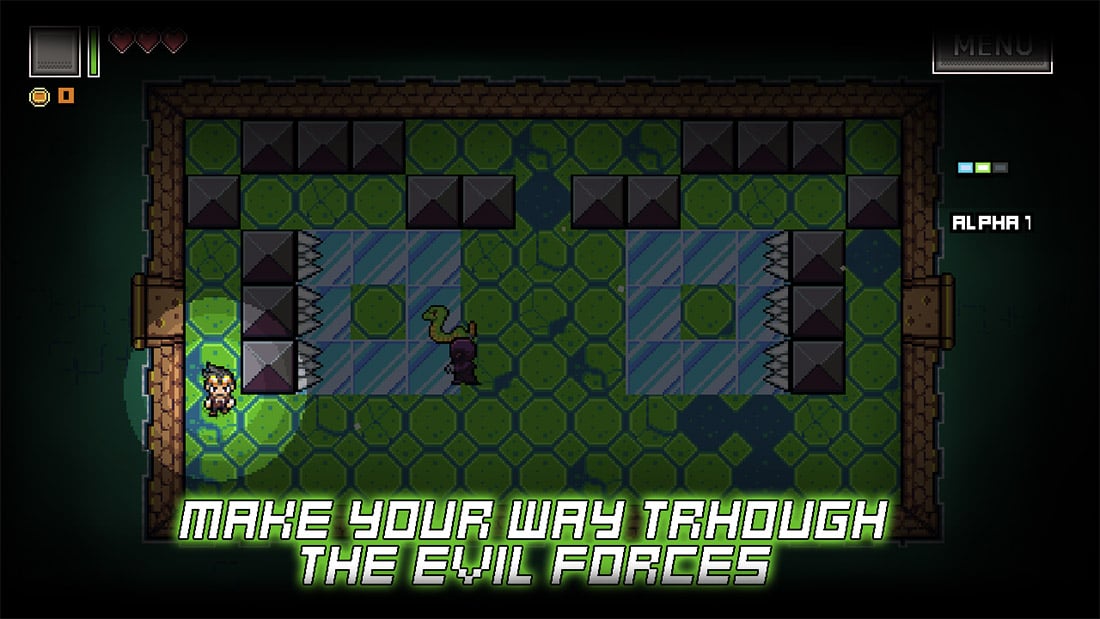 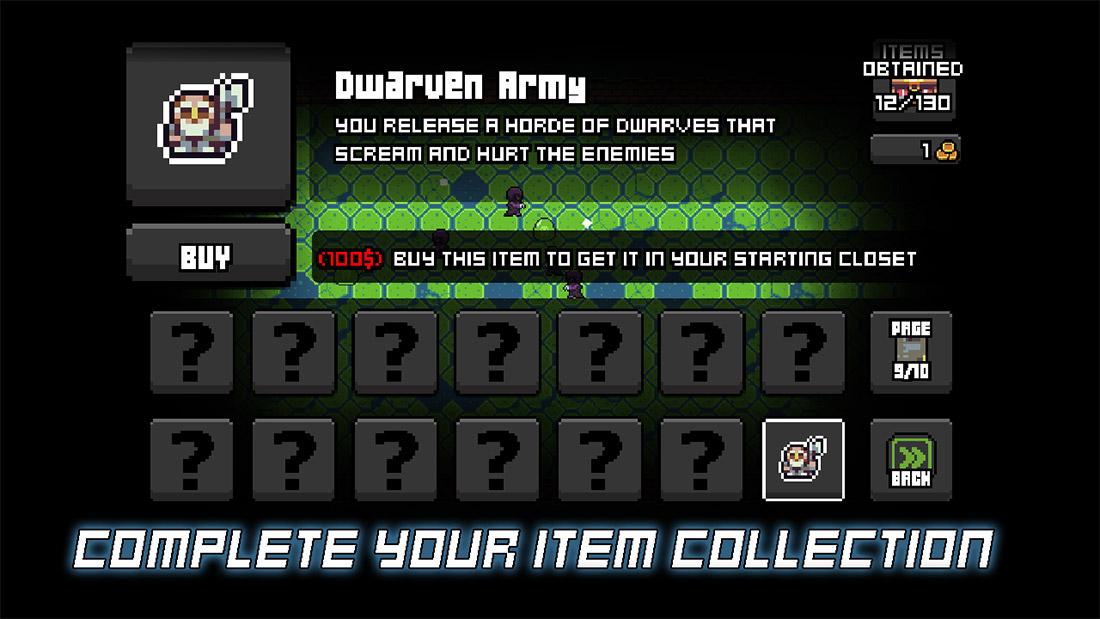