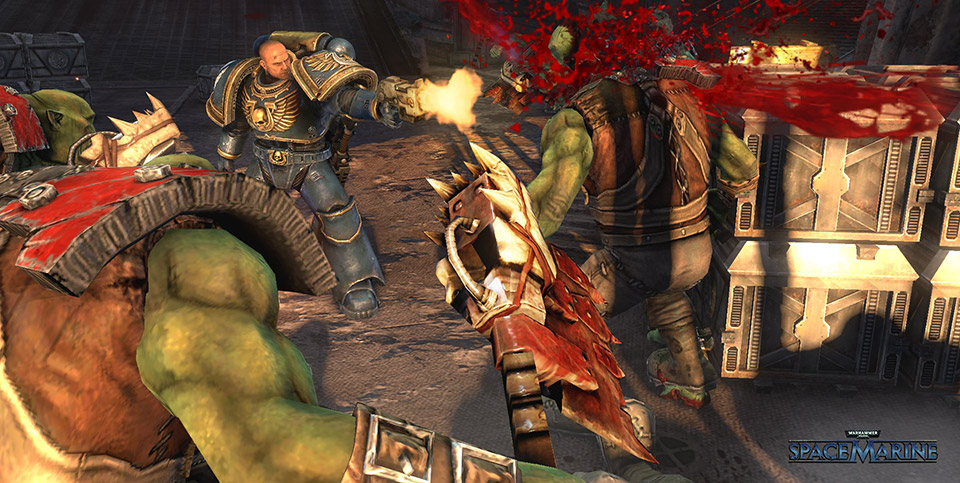 Taking place in the Warhammer 40,000 universe, the game focuses on the activities of the most courageous and powerful chapter of Space Marines, the Ultramarines. The setting for this particular Warhammer outing is a forge world called Gaia, a planet that is used for the production of military hardware. Unfortunately it has been invaded by an alien species of Orks so a three-man team of Ultramarines is sent in to clean up the mess. The main protagonist, and the character you control is Captain Titus and he is accompanied by Sergeant Sidonus and a tactical marine named Leandros. Missions are embarked upon together with AI controlling your subordinates, although some missions are carried out by Titus alone. 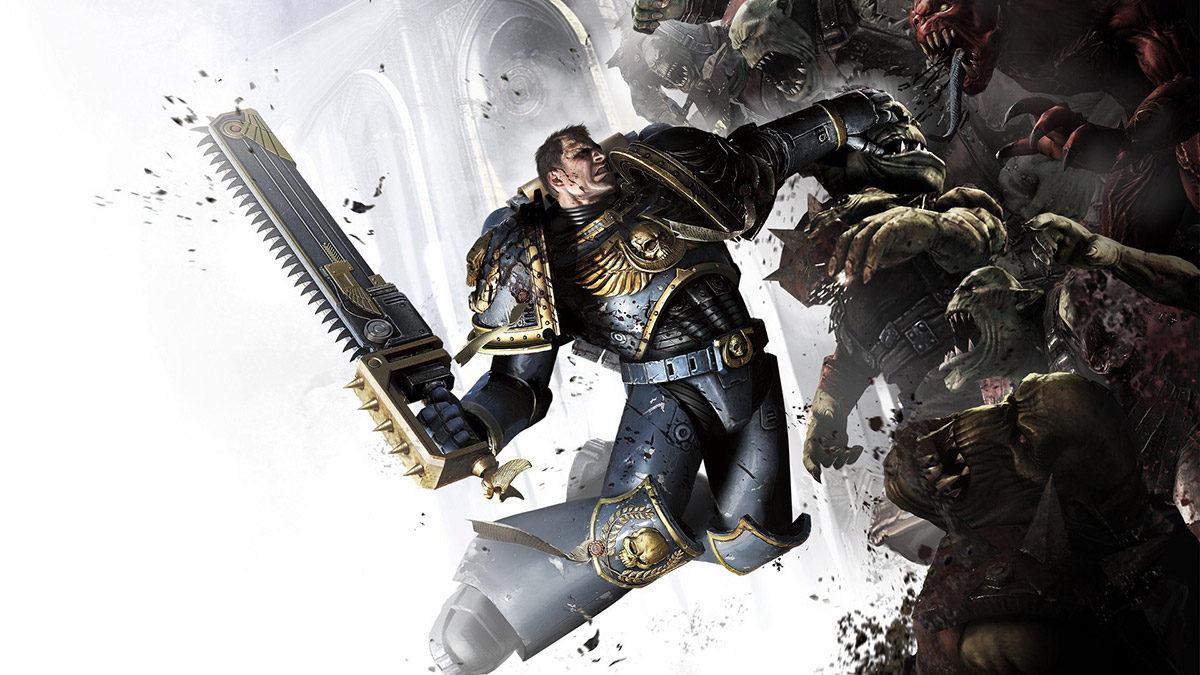 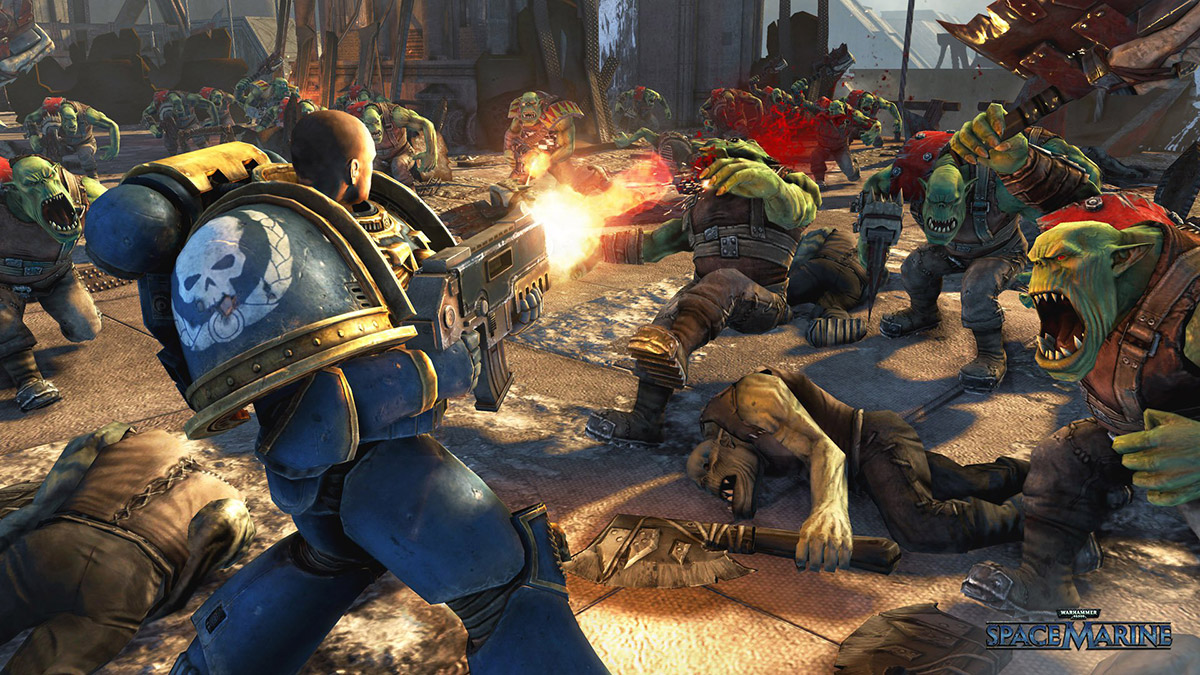 Viewed in the third-person, Space Marine eschews strategy gaming in favor of straight up action and the gameplay is a mix of ranged and melee combat. Titus begins the game armed with a knife and a basic pistol but as the story progresses he can acquire more powerful weaponry including cannons, a chainsword, bolt guns of various varieties, plasma weapons and a weapon new to the series called a Vengeance Launcher which enables Titus to fire grenades that on finding their target attach themselves before exploding. 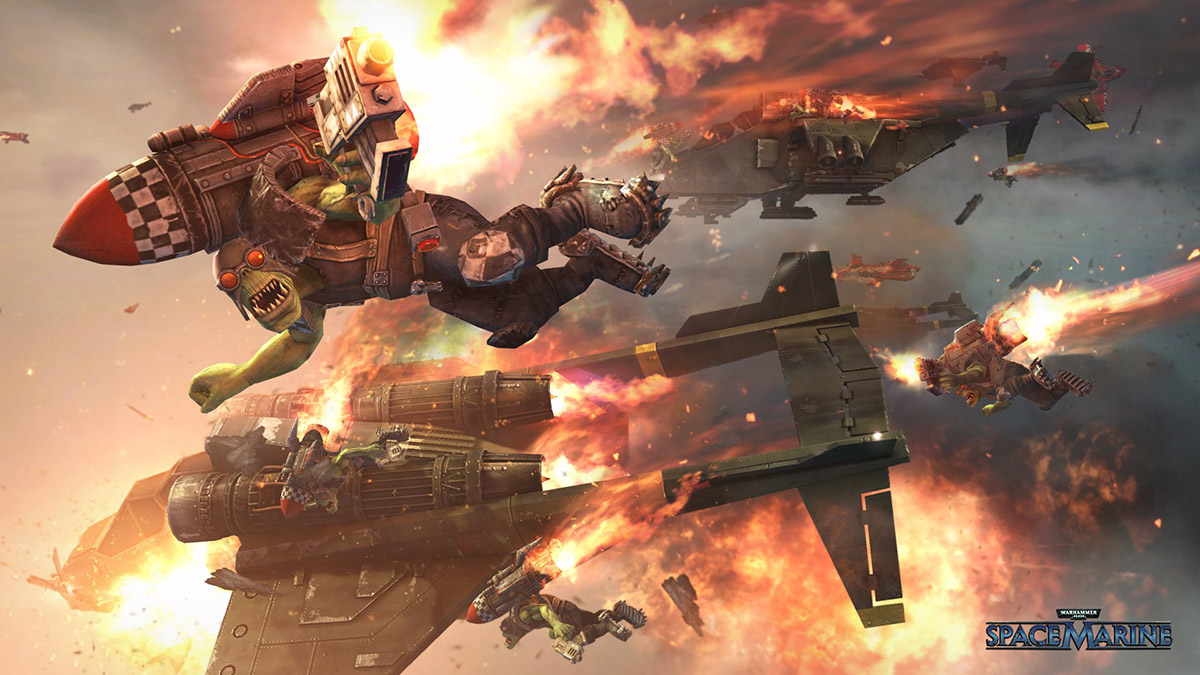 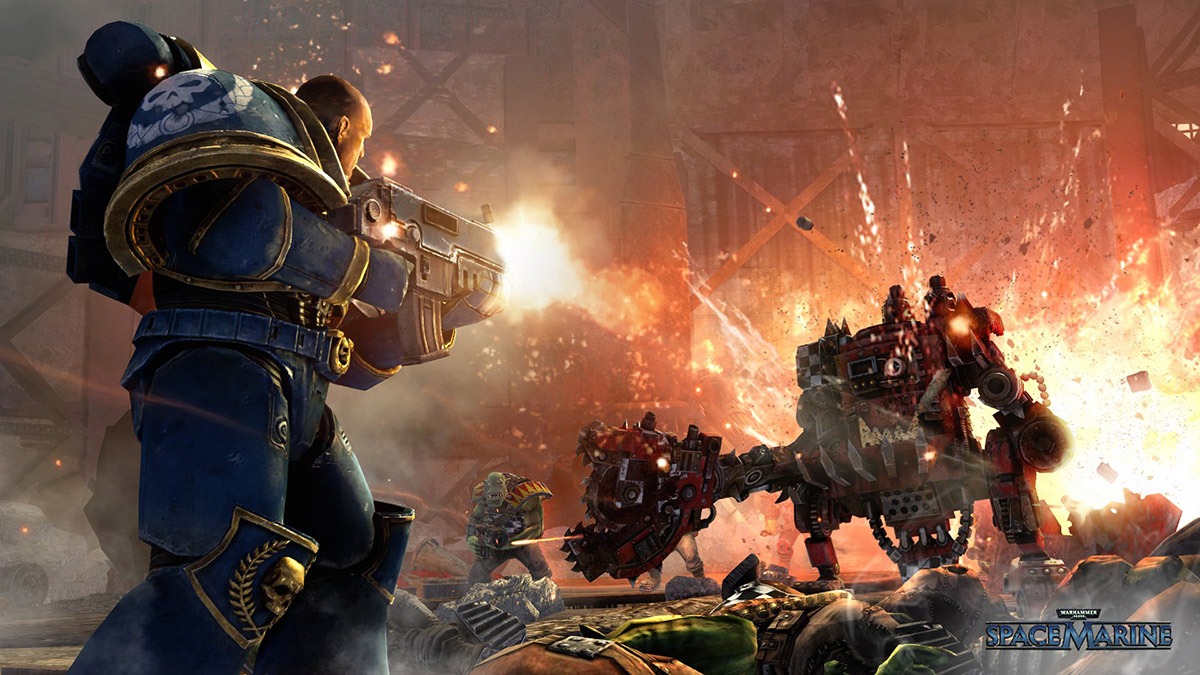