Amused Sloth is an independent game studio that can be found in the United Kingdom. Their primary goal is to make games that bring a smile to your face. Who doesn’t appreciate seeing a heartfelt smile? Working towards their goal, their second title, Asgard Run has recently soft-launched in some countries. If you are a fan of vikings and endless runners, then you may be smiling after learning about Asgard Run.

Ayopa games is publishing Asgard Run, which Amused Sloth created. The first game that Amused Sloth made was Chickens Can Dream. It was well received, so they teamed up with Microsoft Games Studios and created Chickens Can’t Fly for Windows phone. Flash forward to 2016, and Amused Sloth is now ready to unleash Asgard Run onto the world. The game started out as a level-based game, but has been modified to be an endless runner with a twist. The visuals are great and the gameplay looks to be frantic and full of quick action. 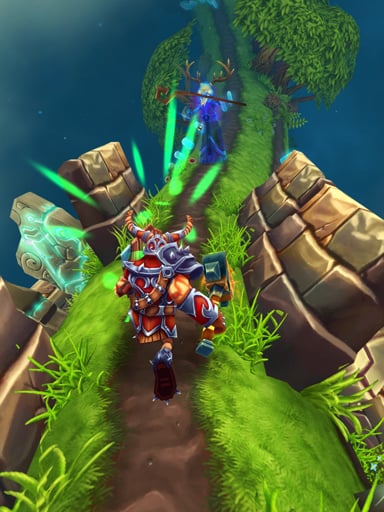 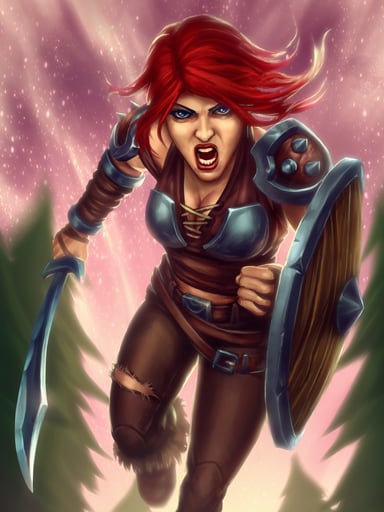 “Sprint into a high-speed adventure with your chosen hero on a quest to save Asgard! Use speedy reflexes to avoid hazards and grab awesome power-ups. Time epic attacks against gruesome mythological foes in high-speed running battles. Jump, slide, turn, and even fly across the stunning fantasy landscape in your quest to stand proud among the gods of Asgard!” – Amused Sloth

The game has multiple characters that you will have an opportunity to play. As with other games in this genre, it is about getting the highest score by running as long as you can. Unlike other endless runners, this environment is a bit different. The world is tightly wrapped around a cylindrical core that continues to undulate up, down and around, as you quest to save Asgard. There will be plenty of obstacles to overcome, as you attempt to stay alive in this unbalanced world. It should be quite fun. I also appreciate that Amused Sloth has chosen to have male and female characters available to play in the game.

Asgard run soft-launched yesterday on Android in Australia, Netherlands and Romania.  The game has already been released successfully on iOS. The Android version of the game is featuring a new exclusive character called Thorque. He is part God and part machine. 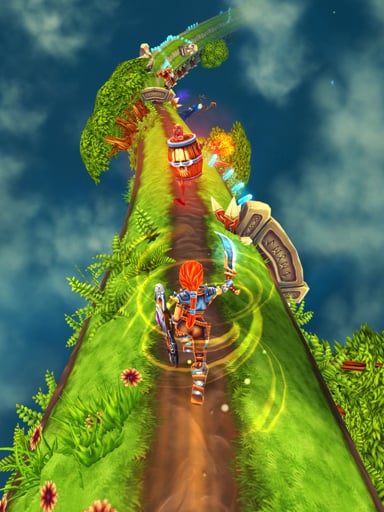 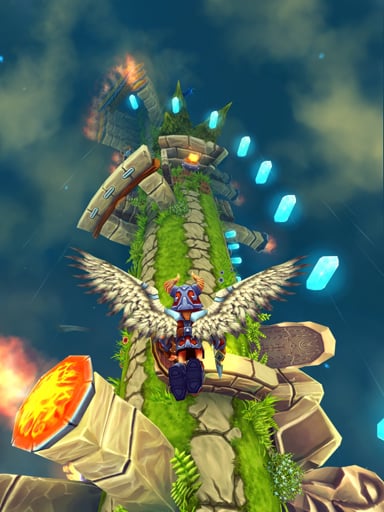 Asgard Run will be free to play. As soon as we confirm a release date, we will update this article. Hopefully we won’t have to wait too long, before we begin our quest to save Asgard. If you are in one of the soft-launch regions, let us know what you think of the game in the comments.