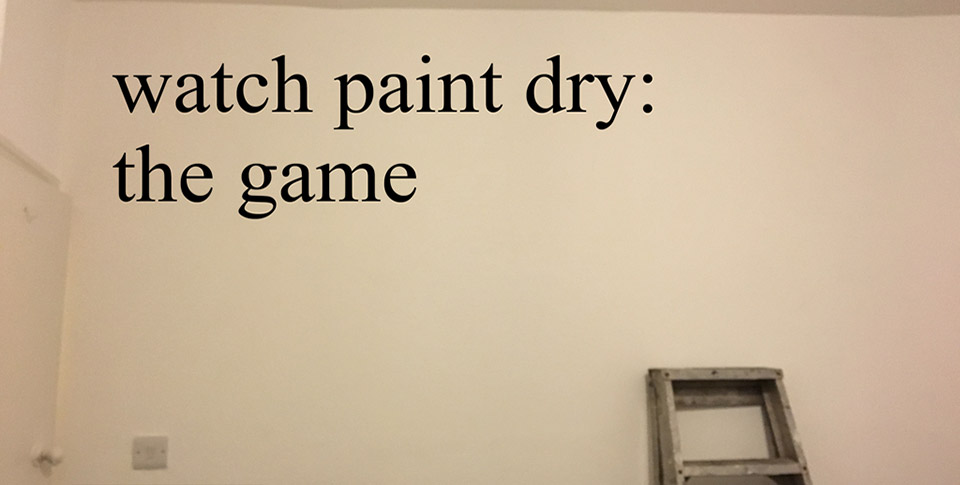 ZQGames has announced today that they have been working with the 16yr old developer on bringing one of the most surprising hit indie games for PC over to Android. That is correct! Watch Paint Dry will be making the leap from PC (via Steam) to Android thanks to the new partnership between ZQGames and Ruby Nealon.

For those of you not familiar with this game, Watch Paint Dry became an overnight runaway success when it appeared on Steam. What was only meant to be an example of a problem Valve has been facing with Steam, which is that it seems anyone can get a game on there, it suddenly became a hugely engrossing indie game. In this game players will undergo the exciting task of watching paint drying on a wall.

After careful analysis, we can confirm that Watch Paint Dry has potential to be a top grossing title. While it did not pass our rigorous game monetization tests for player lifetime value, we believe its intrinsic value alone will make this a hit. – Kyong Kim, Lead Producer, ZQGame

When Ruby was asked about the decision to bring this game to mobile devices, he had this to say:

We just sat down and thought about the potential for DLC with this one. We had so much demand for options for different colored paints and we think a mobile model makes the most sense for business. – Ruby Nealon

If you’re one of the many fans of the PC version of Watch Paint Dry, you’ll be happy to know that the beta has already begun for the Android version. In order to sign up and participate in the closed beta, you just have to head over to ZQGame’s website and register. No word on pricing just yet but we will have an in-depth hands-on preview coming in a few days.