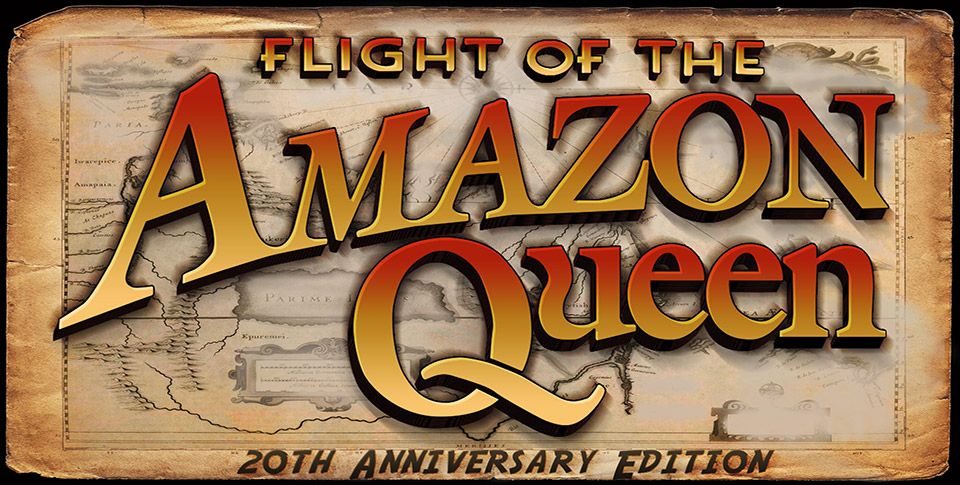 A classic from two decades ago, Flight of the Amazon Queen is an adventure game that’s being re-released for its twentieth anniversary (originally released back in 1995). Set in the Amazon Jungle in 1949, players will assume the role of a pilot by the name of Joe King, who’s been tasked with getting a starlet into and out of said jungle.

This starlet, Faye Russell, is looking to complete a photo shoot in the Amazon, only to find herself getting kidnapped. Thus, it is incumbent upon Joe King to rescue her, braving all sorts of hazards along the way that include indigenous warriors, a foreboding temple, and a mad scientist that’s hell-bent on global domination. The game includes over 100 locations to explore, over forty different characters that are pulled from both a tribe of Amazonians and Pygmies, among others, all of which have full voice acting. 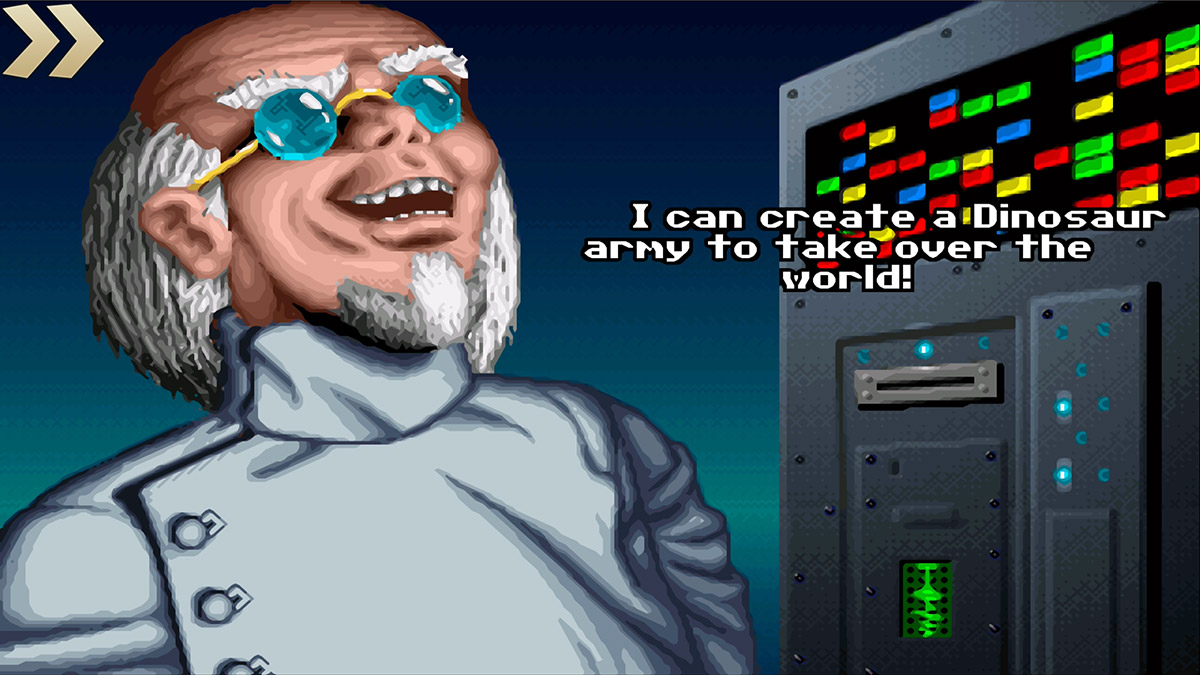 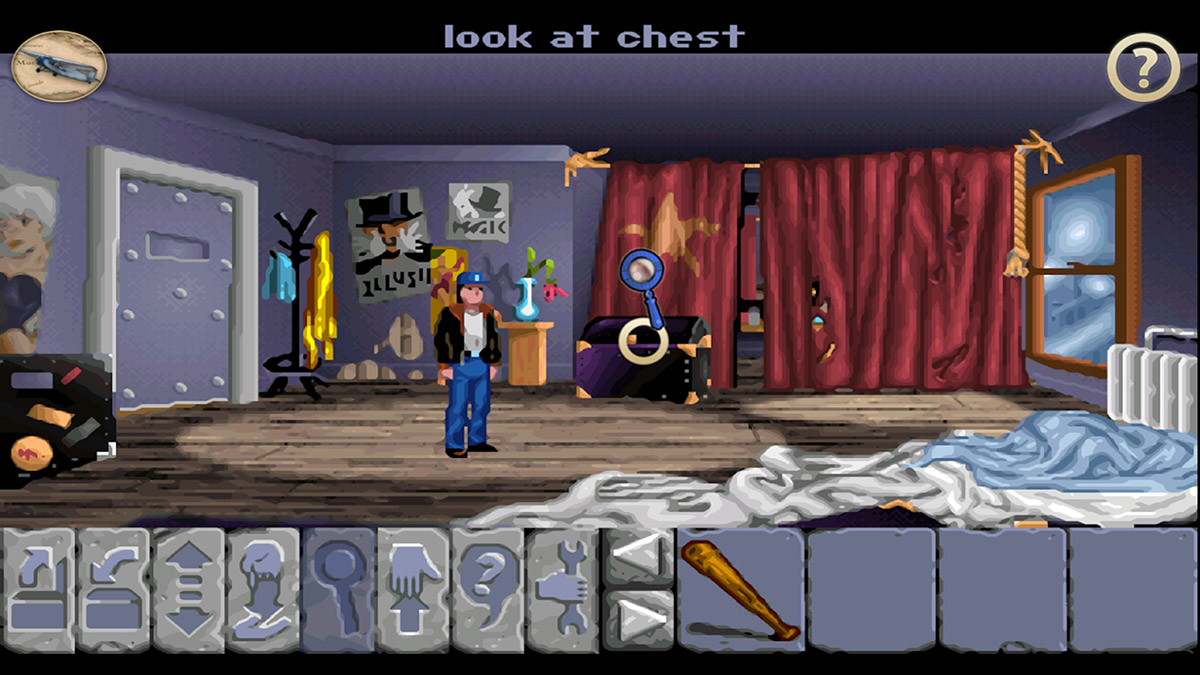 Flight of the Amazon Queen Features:

– Totally new, much praised, game play controls that were built from the ground up for touch-screens.
– A classic graphic adventure based on the much-loved LucasArts adventure games and the adventure films of the ’40s
– Explore over 100 exotic locations and interact with over 40 wildly individual characters including, but not limited to, a tribe of Amazon women and 6-foot-tall pygmies
– Witty dialogues packed with sassy humor will make you laugh out loud
– Full voice-acting including the talents of the famous British actress Penelope Keith, Actor William Hootkins who played Red Six(Jek Porkins) in Star Wars, Brad Lavelle, Tom Hill, Enn Reitel, Jon Coleman, Debbie Arnold and more!

The game’s controls have been rebuilt “from the ground up” for touch screens, so the game now uses “hotspots” as a way to eliminate the pixel hunting of the original, a new HD Graphic mode, new game menus and save/load systems, three different musical options, a “retro option” for the original graphics. 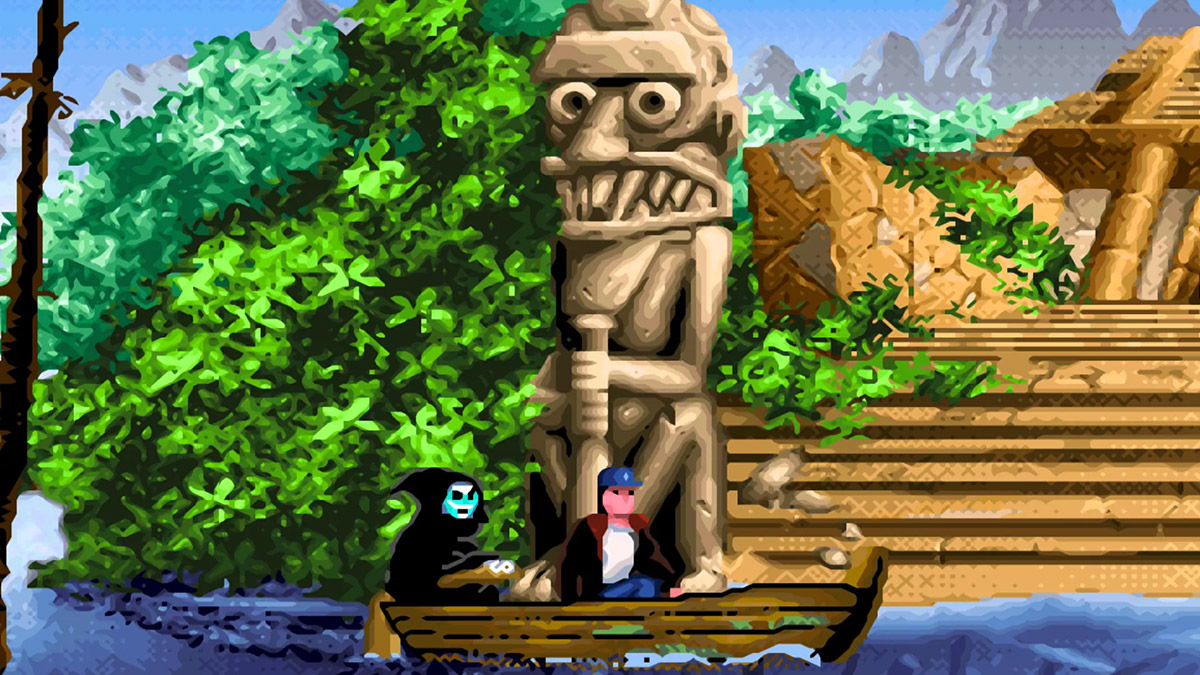 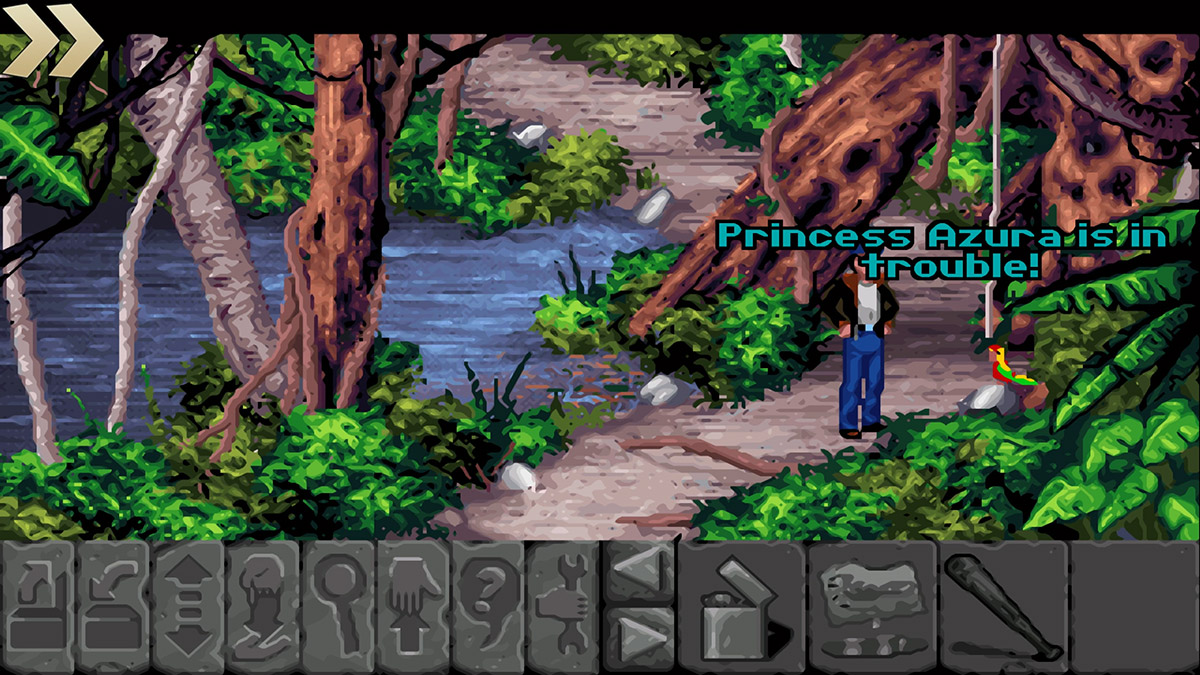 On top of that, there are also the following extras: