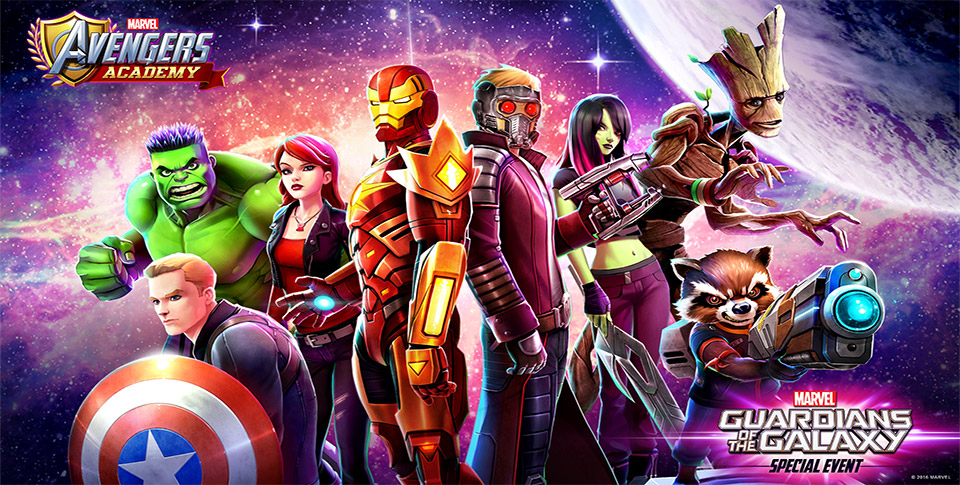 If you’re in the middle of schooling various Avengers within TinyCo’s Avengers Academy game, then you’ll be happy to know that there are new students coming to the class today. The Guardians of the Galaxy team has arrived, as students of course, in today’s new update.

How do the Guardians of the Galaxy team arrive at the Avengers Academy? Well, as the story goes, after escaping the villainous wrath of Ronan, the Guardians end up crash-landing on Earth, directly on the Avengers Academy. You won’t be taking control of the Guardians right away. Players will need to investigate them at first, eventually unlocking each one each week. However, it isn’t all safe. Ronan and his crew will eventually arrive on the scene, and on a mission to return the Power Gem shards back to Thanos’ possession. 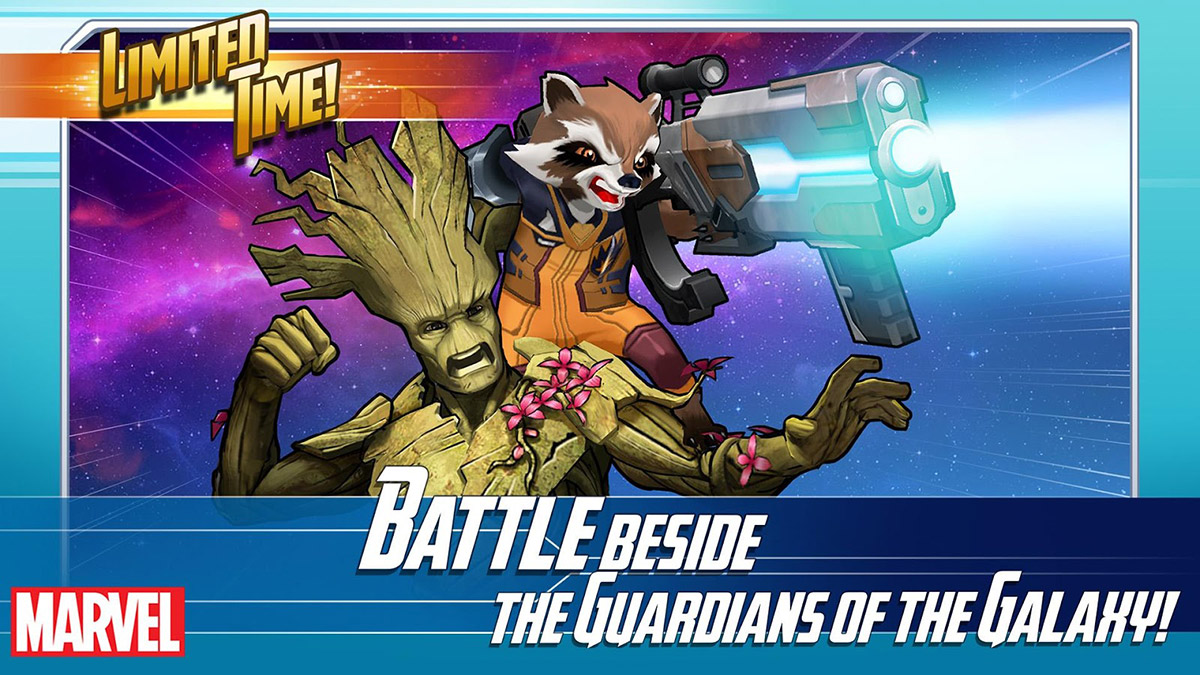 Besides the addition of the Guardians of the Galaxy (Star-Lord, Gamora, Rocket Raccoon, Groot and Drax), this update also begins integrating a new combat system into Avengers Academy. In what the developers are calling ‘Phase One’, players will need to start learning that the combination of Super Heroes in battle is now much more important. As combat continues, your characters performance improves with more experience.

The upcoming second phase of the new combat system will allow players to show off each character’s special ability through the use of combat perks. Using a single tap, you will be able to unleash the Guardians’ special power, which you will need to do if you plan to beat Ronan. This also means that the Guardians of the Galaxy update will actually be a 2-part one.

If you have Avengers Academy installed, this update is now available for download. For those of you without this game, it can be downloaded off of Google Play for free.