Back during E3 2015, Disney and Square Enix revealed that they would be bringing their Kingdom Hearts franchise to mobile with a game called Kingdom Hearts Unchained Key. Well this is that game from what we understand, and it is coming out this week for Android gamers to sink their time into.

For those of you who have been following the entire Kingdom Hearts storyline throughout most, or all, of their games, Kingdom Hearts Unchained X is actually the beginning of the Kingdom Hearts story. So it is the earliest part of the narrative in the franchise. It takes place in the world of fairy tales that is talked about throughout the series, during an era before the Keyblade War. This means there are a number of Keyblade wielders that exist in this time period, and players will be taking control of one. 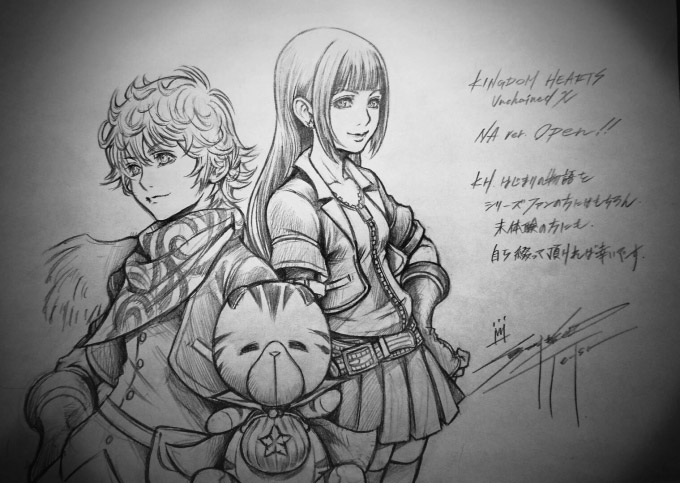 In regards to the upcoming Kingdom Hearts HD 2.8 Final Chapter Prologue, all three titles within Kingdom Hearts Ⅱ.8 has a link to Kingdom Hearts Unchained χ in one way or another. In terms of new characters and locations, there is only one new location appearing in this game, which is Daybreak Town. This is the starting location in Unchained X, with the rest of the locations already being known in the franchise. As for new characters, five Foretellers and Chirithy, and two additional new key characters named Ephemera and Skuld making their debuts as well.

Director Tetsuya Nomura revealed some additional information about what to expect story-wise with the upcoming release of Kingdom Hearts Unchained X, which you can read over on the Square Enix blog. The above details are the more important ones however. While there is no pricing information right now, Kingdom Hearts Unchained X will be landing on Google Play this April 7th, 2016. We will post an update when it is available.