Crossy Road – or as I like to call it, Totally Not Frogger – hit the Play Store in 2014, amassing a player-base of more than 100 million people worldwide. Crossy Road developers Hipster Whale have now teamed up with Disney to bring you, Disney Crossy Road, which has left its soft launch period and it now available globally.

Like the original title, Disney Crossy Road tasks you with attempting to, well, cross the road. Unlike the original, this time you will be controlling and unlocking more than 100 Disney and Pixar characters. These include favorites such as Mickey, Buzz Lightyear, Wreck­It Ralph and Vistas from Disney and Pixar films will also be making an appearance this time around, giving you a chance to visit Al’s Toy Barn, the Haunted Mansion and others. Each world will also be accompanied by an 8­bit rendition of a hit song from that film. 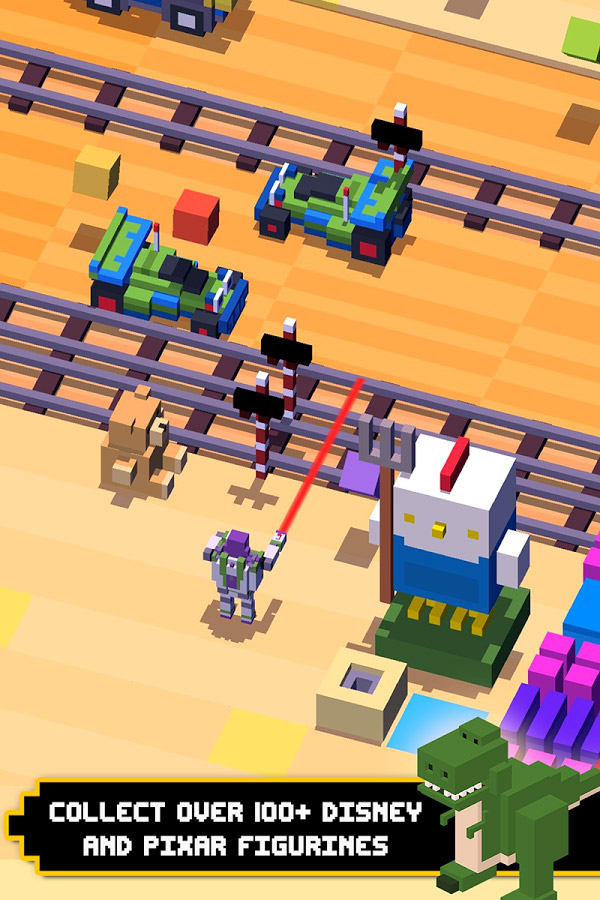 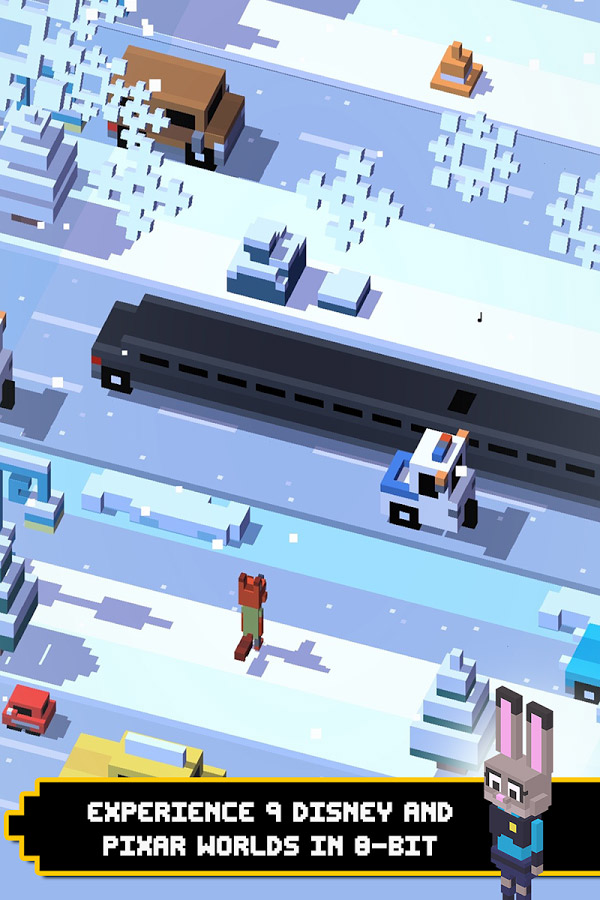 • Collect over 100+ Disney and Pixar figurines, including Mickey, Donald, Buzz Lightyear, Rapunzel, Mufasa, Sadness, Wreck-It Ralph, Madame Leota, and other favorites (many with fun surprises)!
• Journey through 8-bit depictions of Al’s Toy Barn, the Pride Lands of Africa, the Haunted Mansion, San Fransokyo, and more while enjoying 8-bit versions of familiar tunes like “You’ve Got a Friend in Me” and “I Just Can’t Wait to be King!”
• Master special themed challenges unique to each of the worlds, such as weathering blizzards, collecting cherries to earn special power-ups, avoiding thundering stampedes of wildebeest, staying clear of falling barrels, and then some!

Unlike the original Crossy Road game, however, there are a few new additions and twists that are making their debut with this game. For starters, there are some levels where you’ll need to interact with your surroundings to help you actually progress further, such as lighting torches along the way. Each character also has their own special twists with their animations. Lastly, there is a new ranking system for unlockable characters, which is similar to what you would find in RPG titles with gear and weapons. So there are rare characters, common characters, and even legendary ones.

If you’re a fan of the previous Crossy Road title or have yet to try out the addictive series, fire up Google Play and give this one a whirl. Disney Crossy Road is available on the Google Play Store for free with optional IAPs. You can also check out some of the gameplay below or see a preview of each new themed level over on our YouTube channel.