Kemco almost always releases a retro style RPG when a new game lands on Android from them. Their release today is no different, except it isn’t just a retro RPG.  Instead, their new game Elio is actually a hybrid title that features kingdom building, dungeon crawling, and RPG mechanics of course.

In this game players will be putting a group of heroes together before setting off to work your way through dungeons in order to score loot, better gear, and so on. There’s a storyline to this game as well, naturally, since it is an RPG after all. In this game, the story goes something like this: Ruleria is a world created by the gods. As the God of the Sun, you awaken in order to face wicked monsters that have suddenly appeared out of nowhere. So the goal is to rid the world of these newly appeared monsters. 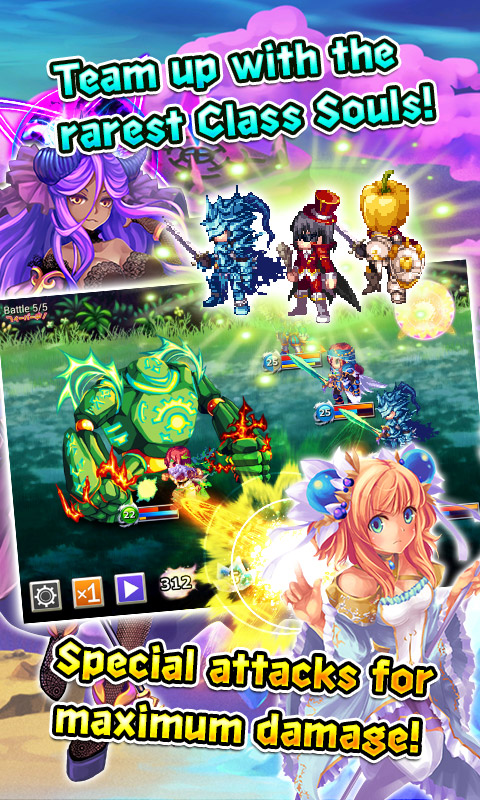 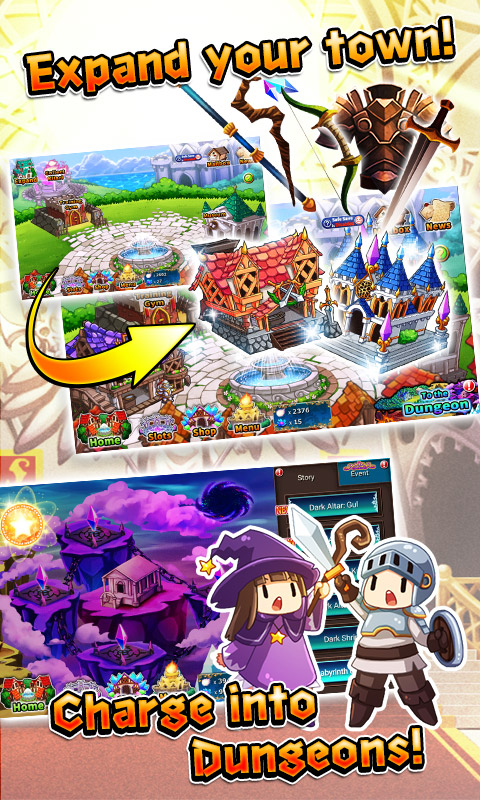 In the process of trying to accomplish that goal, players will have over 200 different classes of heroes at their disposal when forming their party. Of course you don’t have all of these at once. As you town/kingdom grows, you’ll be able to access more heroes, stronger weapons, collect more Kilari. Party formation is pretty strategic as well, with some classes complimenting other classes, giving a bonus to damage, magic, and other stats/attacks. Depending on the weapon/gear your wearing, your appearance in this game will also change as well, which is a nice touch. You’ll also be able to change their physical appearance whenever you get a new hero you can recruit.

Elio is definitely a little something different from what we usually see getting released from Kemco. You’ll need to make sure to expand your kingdom and form the right groups in order to be successful at completing more difficult dungeons. For those of you interested in snapping up a copy of Elio, you can now do so off of Google Play for free with optional IAPs being available as well.