Gameloft’s premium franchises such as N.O.V.A., Modern Combat, and Asphalt have in part come to define hardcore gaming on mobile, and helped set the precedent for mobile games being sold for more than $0.99. Despite having cultivated both an image, and an audience that revolved around premium games, Gameloft has apparently shifted its development resources to focus on freemium titles.

When Twitter user @steventhiele2 inquired about the forthcoming release of Modern Combat Versus, fellow Gameloft enthusiast, @TonySshy, asked about the pricing for the game. Gameloft’s German branch replied to the line of questioning by stating that, “[…] we are not producing premium titles anymore. All our future games will be F2P“. 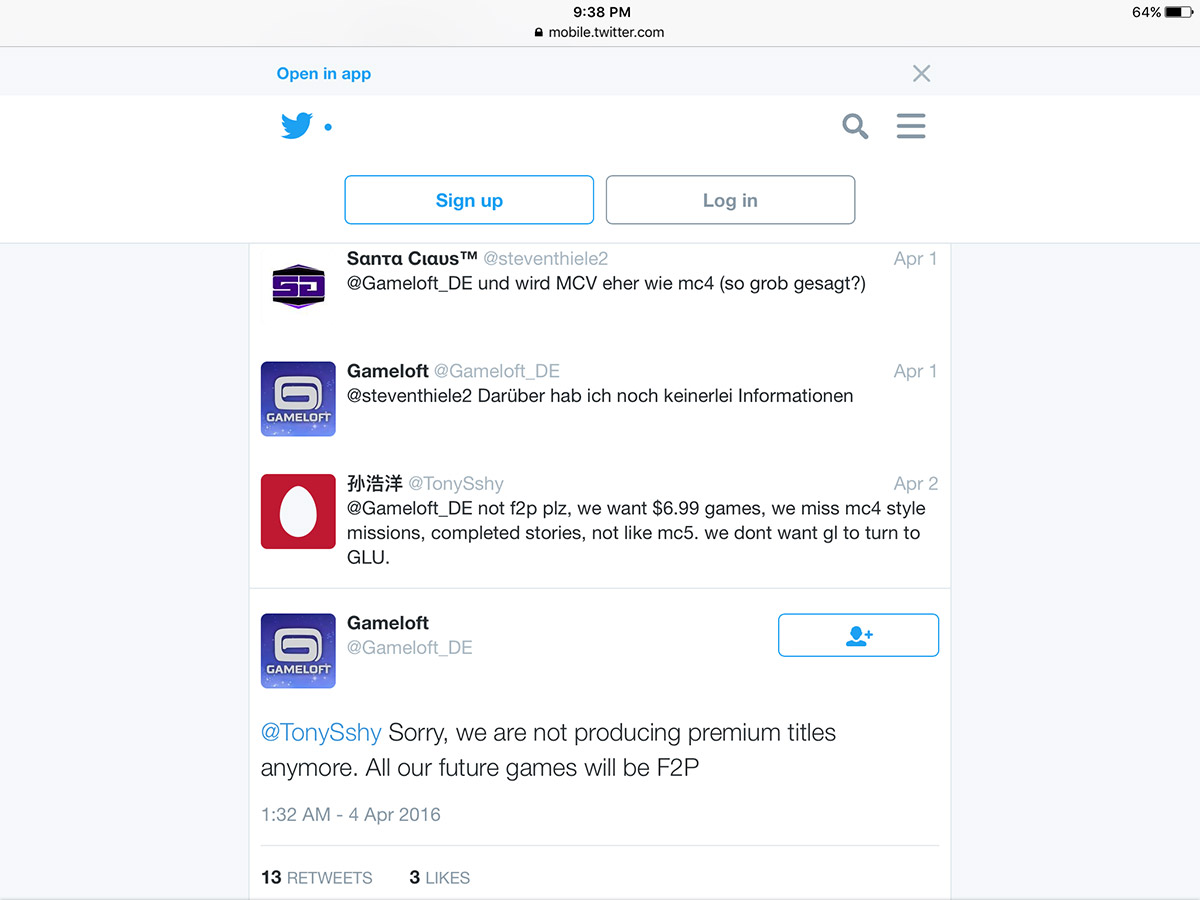 What this means for Gameloft games previously released as paid titles has yet to be determined, but we will be seeking a comment from Gameloft’s representatives in order to obtain greater clarity about which games, and which regions, will be impacted by this turn-of-events.

For those that follow Gameloft closely, this seemingly sudden focus on freemium content may not be all that surprising. Later entries in the Asphalt series launched as premium titles but eventually switched  to the free-to-play model. More recently, titles such as Rivals, and Spider-Man Unlimited, have launched as free-to-play content. As such, Gameloft seems to have been testing the free-to-play waters for some time.

Stay tuned as we continue reporting on this developing story.