Blizzard will be unleashing the new Whispers of the Old Gods expansion for Hearthstone on April 26th, 2016

So far Blizzard has revealed Y’Shaarj and N’Zoth who will be making their debut in this expansion. Today the company revealed that Yogg-Saron will also be arriving. Some of the effects that these gods have when in play are pretty interesting and can make for some equally interesting combinations. For example, the cards that are themed around Y’Sharrj all deal with drawing minions from your deck into play, leaving the possibility to flood the board with your minions a very big reality. 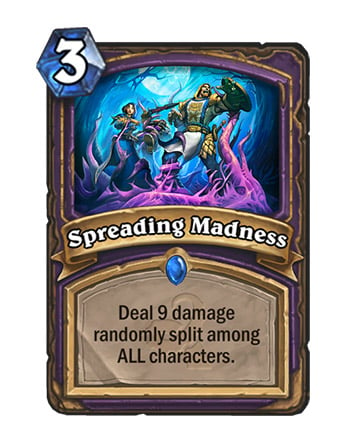 Today’s reveal of Yogg-Saron and his cards are equally of interest. For example, Yogg-Saron himself has a neat effect, which is “Battlecry: Cast a random spell for each spell you’ve cast this game (targets chosen randomly)”. Needless to say this can get pretty crazy in itself.

Currently there is the ability to pre-purchase card packs for the expansion now, and these packs can be opened on the day the expansion arrives. Pre-purchasing packs gives players a bit of a discount on bulk purchases, whereas buying them after launch has you paying full price. Whispers of the Old Gods arrives for all versions of Hearthstone on April 26th, 2016. We will post an update once it arrives.