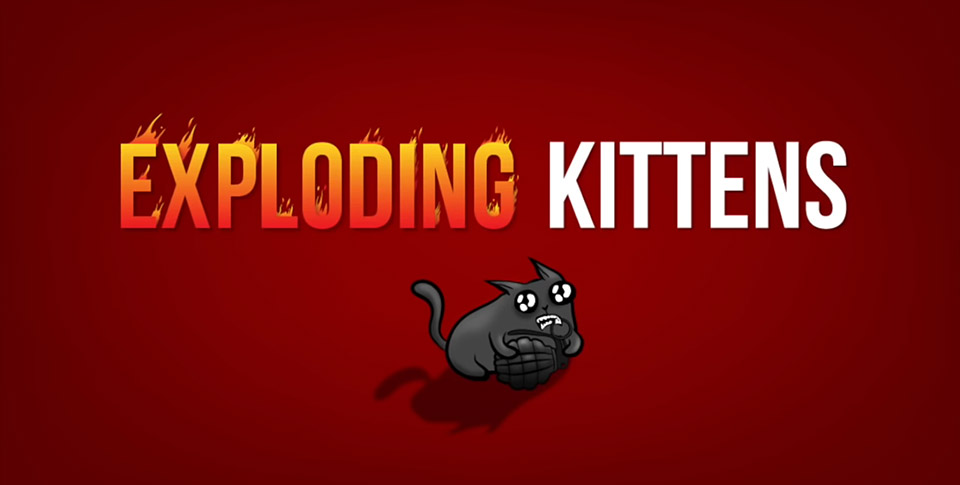 Exploding Kittens is the popular card game that began on Kickstarter, has finally been released on Android. As we previously covered it here, this is a digital rendering of the physical card game that was also recently released. For the uninitiated, this is all about being the last person alive and not having a kitten explode while you have it.

Gameplay is simple. Between two and five players all take turns. For a turn, a player may play any number of cards from his/her hand. At the conclusion of the turn, a single card must be drawn. So long as that card is NOT an exploding kitty, the turn moves on to the next player. As soon as one of the Exploding Kitten cards is drawn, that player is eliminated from the game, and this pattern continues until one player is left, who is then considered the winner. 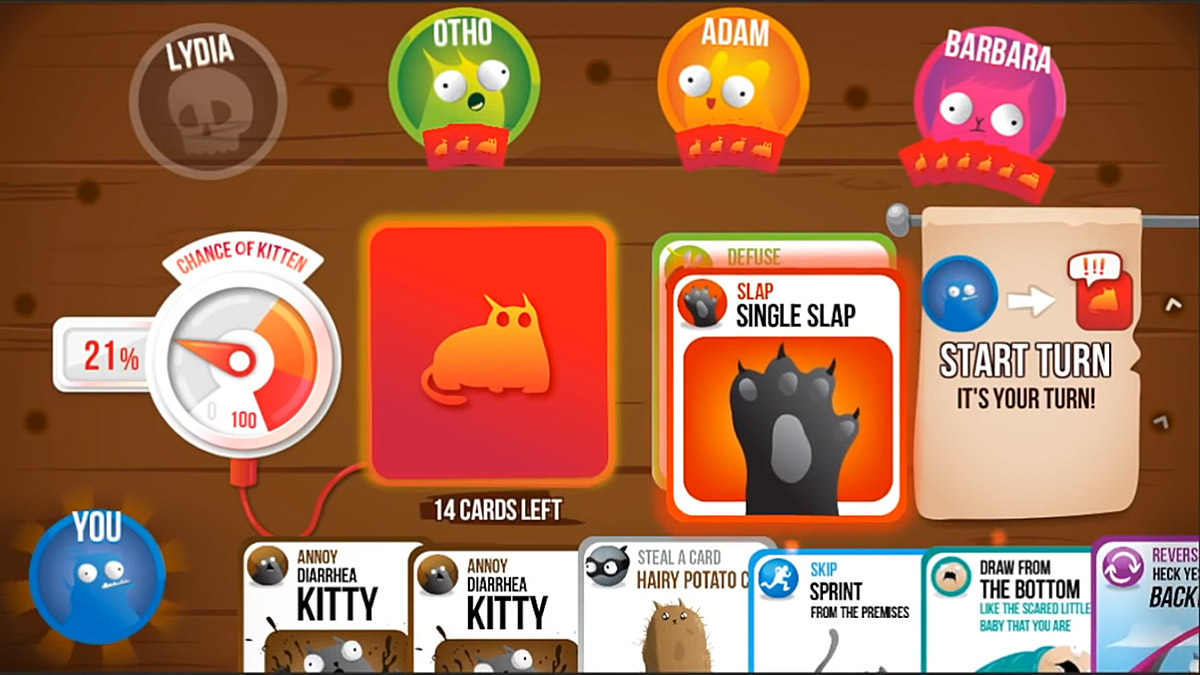 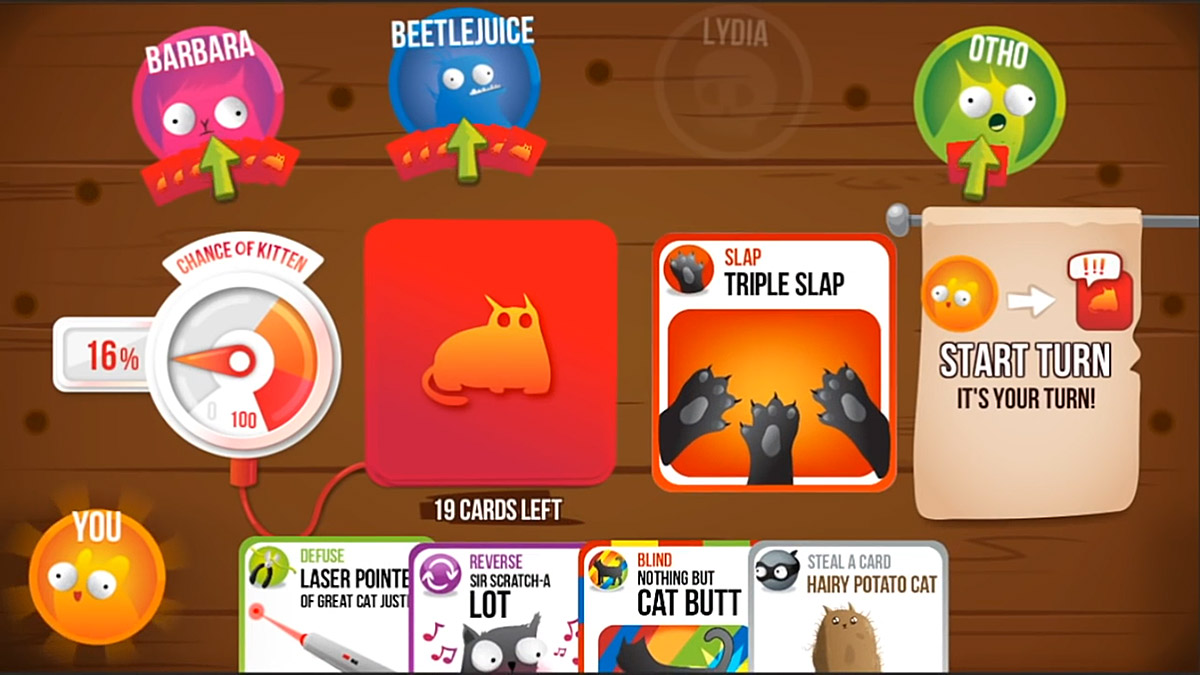 – Exploding Kittens is a multiplayer card game for people who are into kittens and explosions and laser beams and sometimes goats.
– Play with 2 to 5 friends or strangers online
– All art illustrated by The Oatmeal
– New cards exclusive to the digital version of Exploding Kittens
– The digital version of the most backed game in Kickstarter history

There are new, exclusive cards added into the digital versions, that include both new attacks as well as new cats. Players can play with friends or strangers online. Exploding Kittens is now available from Google Play for $1.99. It also includes IAPs that are for booster packs of cards and future expansions.