Resting squarely on the shoulders of magnificent artwork and story, lies a game that is produced by Left Right Creative Studio out of Korea. Star Knight has all the right elements that make it worthy of downloading. It is an action/platforming game that will challenge you, and make you appreciate the talent of the studio that created it.

Jungsang You leads the indie game studio Left Right. They have one other game in the Play Store entitled, Left Right. Their latest game Star Knight is impressive to say the least. If you enjoy action/platforming games, then you will appreciate Star Knight. It has an intriguing story, and the main character Naro the knight, will face many enemies on his quest to defeat the Dark Dragon Nidhogg. Without giving too much away of the story, Naro must help save his planet Gaon, which is under attack.

Naro, wonderfully rendered with flowing white hair, must defeat enemies in a world flourishing with color, dangerous environments, platforms, spikes, rotating blades, traps and loot to secure. You start off learning to navigate through the world. The touch controls have buttons for moving left and right, and an action button for slashing your sword, and a jump button to help you leap across dangerous pits and pools with spikes. If you have played any of the latest action/platforming games, these controls will not befuddle you, and they work quite well. A few times I fell to my death because I was hitting the action button instead of the jump button, but this was simply operator’s error. 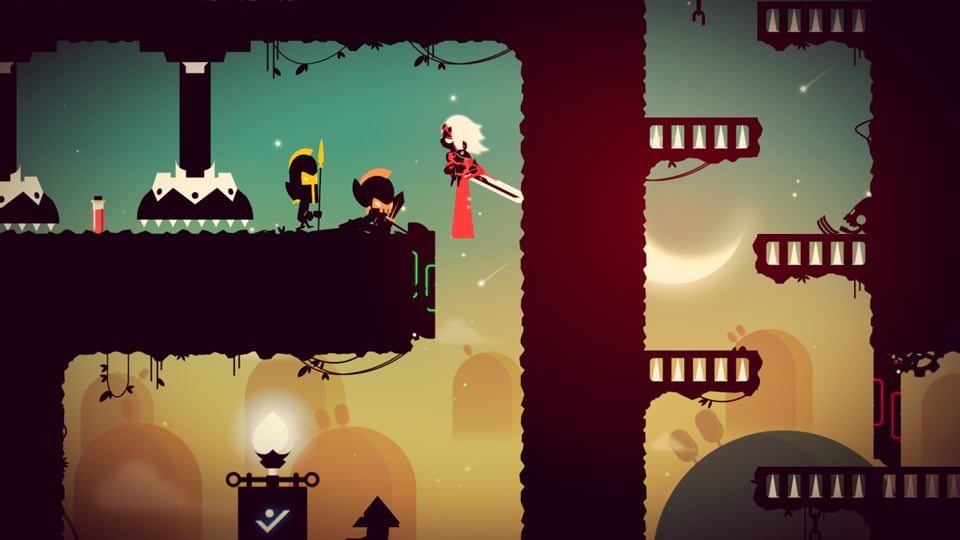 The game is broken up into four chapters: Green Hill, Dark Forest, Lost Castle, Snow Desert and Red Mountain. There is an indication that another chapter is coming soon, based on the menu screen. Each chapter has multiple levels. As with most games, you have the opportunity to obtain three stars on each level. Doing so is going to challenge your skills, as the levels require exploration, while trying to defeat enemies and acquiring the loot. Coins are dropped when you defeat enemies, but there are also chests that contain coins and gems. Some are hidden behind walls that you will only know they are there, if you touch them. There are runes to collect on each level, which provide Naro with additional weapon skills. There are three slots to stack your skills, such as Super Smash, Storm Strike, Fire Spin, Dash, Blades of Ice and so on.

There is plenty to enjoy with Star Knight. The game has action, adventure and arenas. There are five different arenas for you to battle in. Within the arenas, you try to stay alive as long as you can by fighting wave after wave of enemies. What I liked about playing in the arenas, is the fact that they are all immediately unlocked. The different chapters in the game are unlocked as you complete the levels via progression of gameplay. The arenas are wide open. Though they are brutal and full of difficult enemies, you do amass coins as you defeat each enemy, which goes toward your bundle of coins that you gain during single player campaign. This is a welcomed feature because you have more than one way to gain coins. 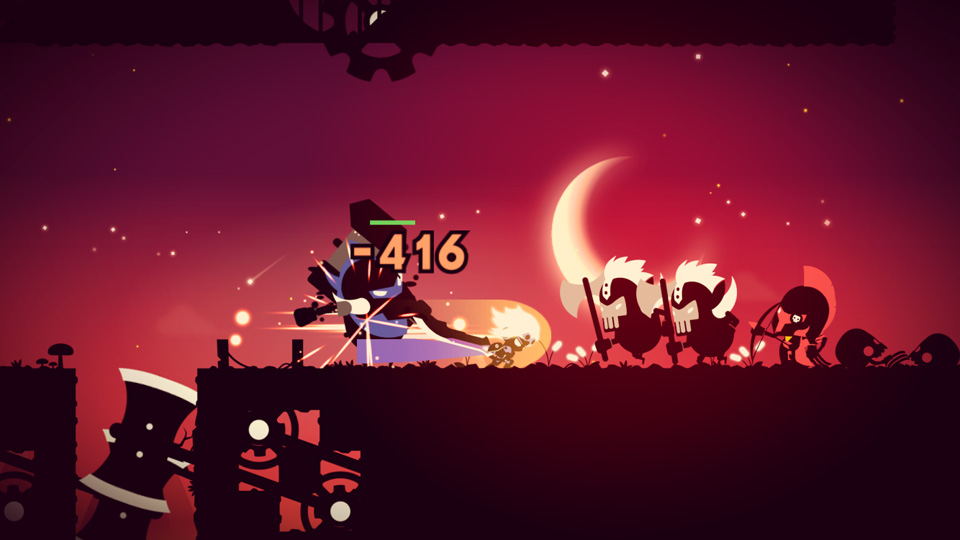 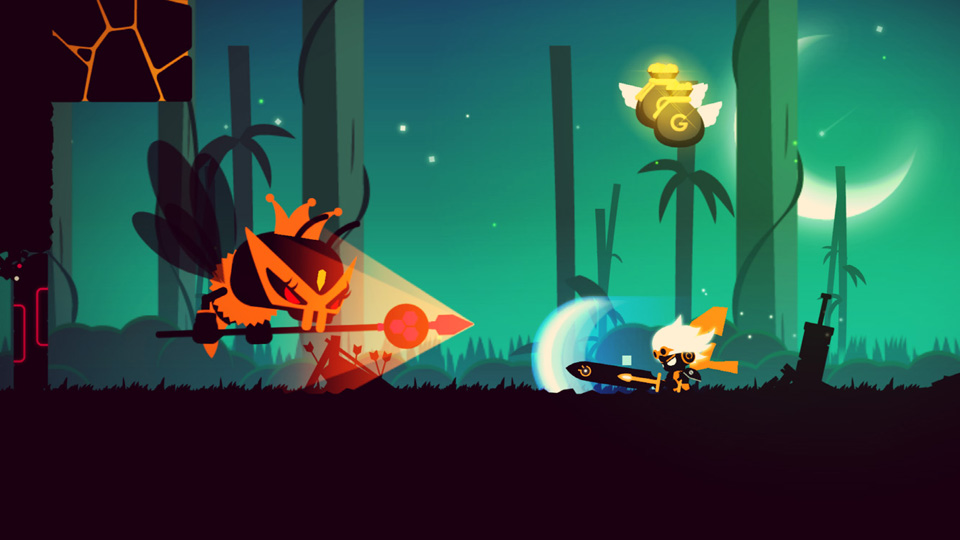 Star Knight is a premium game that will cost you just over $2.50 There is an in-game store, where you can purchase different amounts of coins. Those are the only in-app purchases. You don’t have to spend more money to enjoy the game. The in-game coins are used to purchase more powerful swords. There are over twenty swords with different power-ups that you can purchase. Coins are dropped quite frequently during regular gameplay and there is also the arena to gain coins in, but some of the swords do get quite expensive. 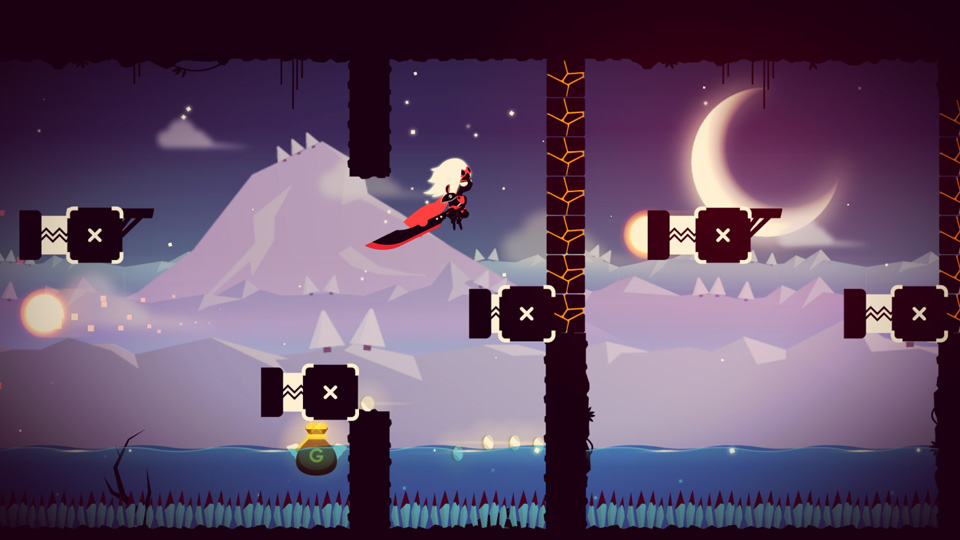 Star Knight is integrated with Google Game Play Services with 18 achievements to unlock, and five different leaderboards that you can compete on. The five leaderboards are for the five different arenas that are available. Star Knight has a great story and a melodic soundtrack, that at times, is reminiscent of the soundtrack from the movie Crouching Tiger, Hidden Dragon. I must warn you, Star Knight can be difficult to play. It is not necessarily an easy game. You will be rewarded when you conquer those tougher levels. One of the many reasons I like the game is the upper tier of difficulty the game designers chose to put in the game. As long as you keep trying, you will conquer the different levels. The game is beautiful, fun and has fantastic enemies. What is even more important, is that the quest is one you won’t soon forget.

It is good to see a premium-priced game that isn’t afraid to challenge you. Star Knight is a game that shouldn’t be missed. Left Right Creative Studio has created a great game that is worth adding to your collection.