Today Google has announced that they will be holding the first Google Play Awards during the upcoming Google I/O conference next month. As you are probably guessing, these awards will be for a variety of things, covering a bunch of different categories on Google Play.

The awards will be covering 10 different categories, ranging from best use of Material design to best games, best applications, use of innovation and so on. In order to qualify, any application or game that has been selected was due to ‘criteria emphasizing app quality, innovation, and having a launch or major update in the last 12 months‘. So older applications or games that haven’t had a major update in the past year are out. 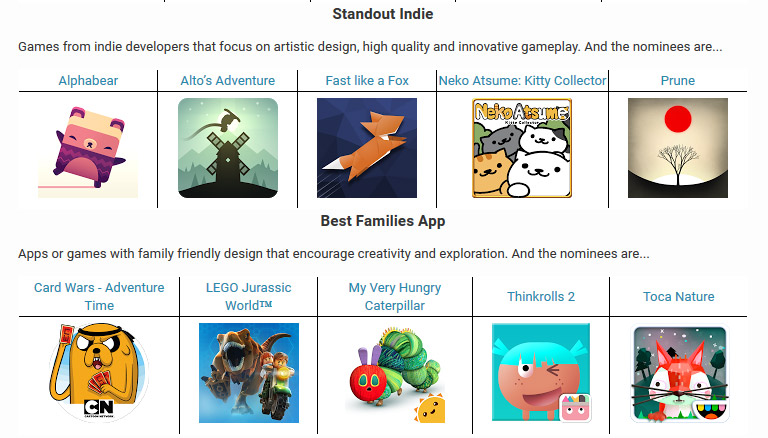 Each category has 5 apps/games selected as the finalists, with the winners being announced during May 2016’s Google I/O conference. You can check out all of the finalists over on the Google Play Awards official page, or check them out and download them over on Google Play where a new collection featuring all of them is now available to look through. So, out of each category, which game or app do you think should be chosen? Let us know in the comments below!