Released by Timothy Miller Corona, Ether Wars is a new shooting game released on to Google Play. The game is a radial shooter, so players will be circling the target area, and trying to destroy its contents while navigating around it in a clockwise or counterclockwise fashion.

In this game, the goal is straightforward, much like the story. There are Ether “blobs” that are invading earth, and are protected by ships that form concentric circles around said blobs. Players will look to find the gaps in these layers of protection, and fire their weapons as openings appear. If the timing is just right, the blob will be destroyed with what turned out to be a kill shot. Anything short of that will simply hit one of the barriers as they encircle their charge. 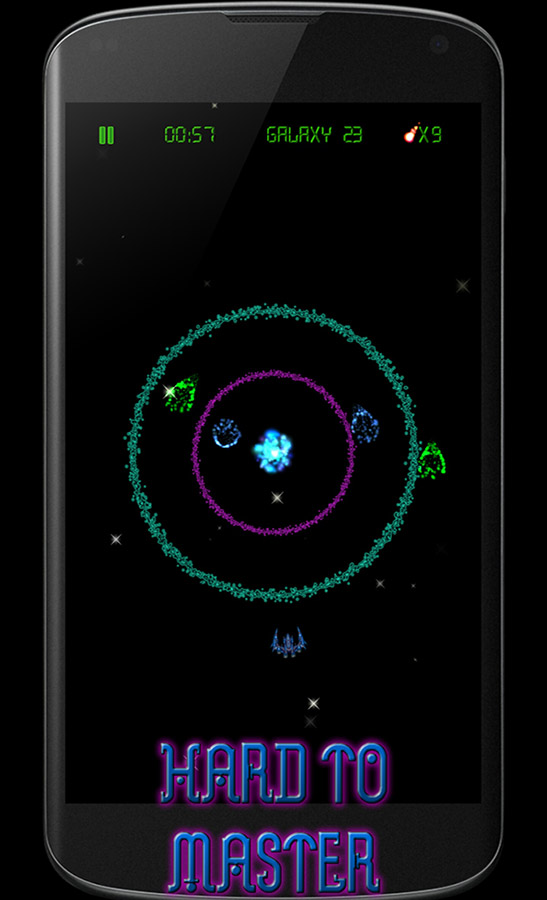 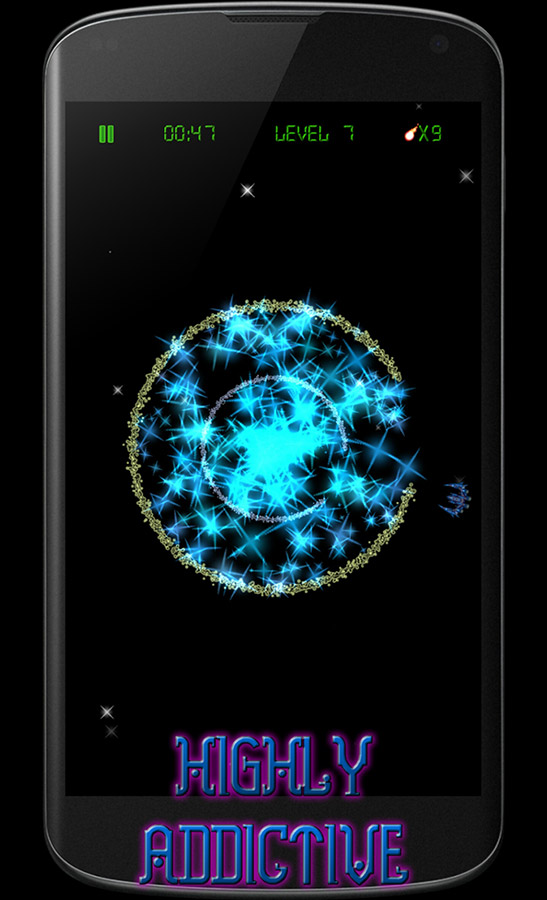 – Easy to learn hard to master
– Unlimited levels that will test your skills.
– Three game modes:
• Unlimited: 10 bullets to reach the maximum galaxy you can
• Time Attack: 5 minutes to see how far you can get
• PVP: Up to six players head to head pursuing greatness
– Progressive difficulty
– Show off to your best friends by using Leaderboards and Achievements
– Choose between three control modes the one that better adapts to your play style

The game contains three different game modes which are Unlimited, for those who want to see how far they can get on only ten bullets. Time Attack is where players have five minutes to see how far they can go. There is also a form of PvP, where players compete against each other, to see who scores better than other players in the Unlimited format. There are unlimited levels within the game, as well as a progressive difficulty.

There’s also leaderboards and achievements, for earning bragging rights, or just seeing who has them. Ether Wars can be found for free on Google Play, and includes a single $0.99 IAP as well. You can also check out some of the gameplay in action ahead of downloading Ether Wars with the video below.