The Mucho Taco 2.0 update will be landing on Android this upcoming Cinco De Mayo

Noodlecake has announced that they will be releasing a new update for Mucho Taco in order to celebrate the upcoming Cinco De Mayo. Developed by One Simple Idea, and being published by Noodlecake on Android, this particular game falls under the realm of Clicker games.

In Mucho Taco, players are tasked with making as many tacos as they possibly can in order to feed an infinite number of hungry folks. You won’t be doing it all alone though, as you will have the power of the ‘sun tortilla’ and the guidance an enigmatic taco connoisseur named Barbacoatl. Taking advantage of both of these helpful items, you’ll be building/managing a number of taco restaurants in order to make endless amounts of tacos, delicious salsa, and throw the occasional fiesta.

The update, dubbed Mucho Taco 2.0, will bring with it a lot of new features and content for players to check out. There will be a new ritual system that allows for multiple prestiges/play-throughs, as well even more ingredients and ways to use them. Relics can now be found that will permanently boost different stats when equipped. There’s also a new Offline Chef system for players to use in regards to managing taco creation when not physically playing the game. 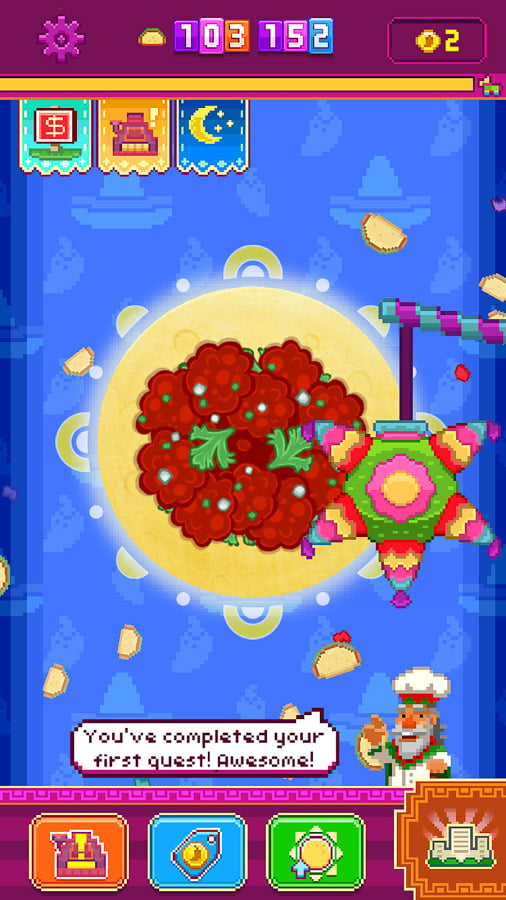 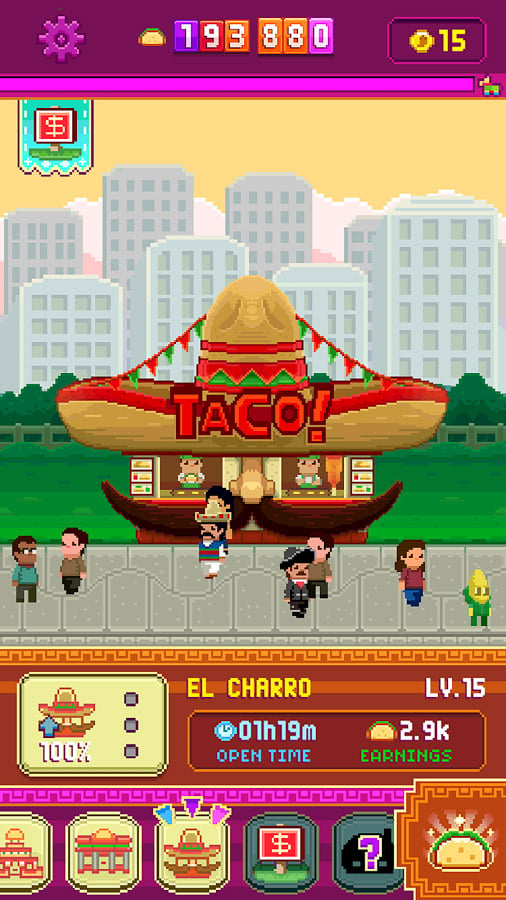 – *NEW* Ancient legends speak of a map that leads to a secret ritual ground. If a Tacologist were to complete this map and journey to this ancient place, then it would be able to harness the cosmic power of the Taco and gain un imaginable powers that would bring even more tacos to the universe!
– *NEW* More Ingredients! Plus new ways you can use those ingredients.
– *NEW* Stats and Achievements! Try to get all the achievements, and keep track of every taco you have ever made!
– *NEW* Offline Chef system! Did you think restaurants just created tacos out of thin air? Now you can manage the production of each restaurant while you’re not playing with the Chef system.
– *NEW* Relics! Aztecs had so much relics laying around that some of them landed on Mucho Taco. Relics are inserted or in restaurants similarly the ingredients, but are permanent and are accompanied by a visual change in the restaurant.
– *NEW* Are you felling lucky? Mucha Suerte now occasionally gives you a bonus try. Welcome to “Extra Mucha Suerte”!
– *NEW* The shop has new items! Buy talismans that can change your luck, or summon a Fiesta worth of Piñatas!
– *NEW* Multiple Easter-Eggs!  Try to find them all!
– Multiples fixes and tweaks here and there.

As you can see the changelog is fairly lengthy, which means players of Mucho Taco will have a lot of new features to check out. This also means that there will be new strategies to figure out regarding creating tacos more efficiently, as well as feed more people and making more money.

The Mucho Taco 2.0 update will be landing on the same day Cinco De Mayo happens, which is May 5th, 2016. We will post an update once it arrives. If you want to check this game out ahead of time, you can always download it off of Google Play for free.