[Update: Soft Launched] Help Eddie piece his soul back together in the upcoming Iron Maiden RPG called Legacy of the Beast

Update: April 30th, 2016 2:23pm PST: It finally looks as though this game is getting close to being released in full, as Roadhouse Games has soft launched Maiden” Legacy of the Beast onto Google Play in select regions for right now. If all goes well, we should see a global release happening shortly. If you can access the game, you’ll be able to download it through the new link at the bottom of this article for free off of Google Play.

For the game’s story, it centers around the fact that a mysterious force has shattered Eddie’s soul, and these pieces of his soul need to be collected again. In Legacy of the Beast, Eddie will be used in all his various forms, with each one having an ability that is unique to that particular form from all the other ones. These will then be used to help Eddie travel through time, and visit new worlds to find the aforementioned missing soul pieces, and even do battle against other characters who are all drawn from the mythology that Iron Maiden has created over the years.

As one might expect, the game’s soundtrack will also be taken from the vast catalog of songs that the band has created over the years as well, and even include live recordings that are still yet unheard and have been adapted for the game. There is no mention of whether or not IAPs are included, though being “free to play” usually denotes their inclusion. For those interested in learning more about the game, click on the link below to join their emailing list. While there are no screenshots yet, you can check out the official promo poster for the game below. 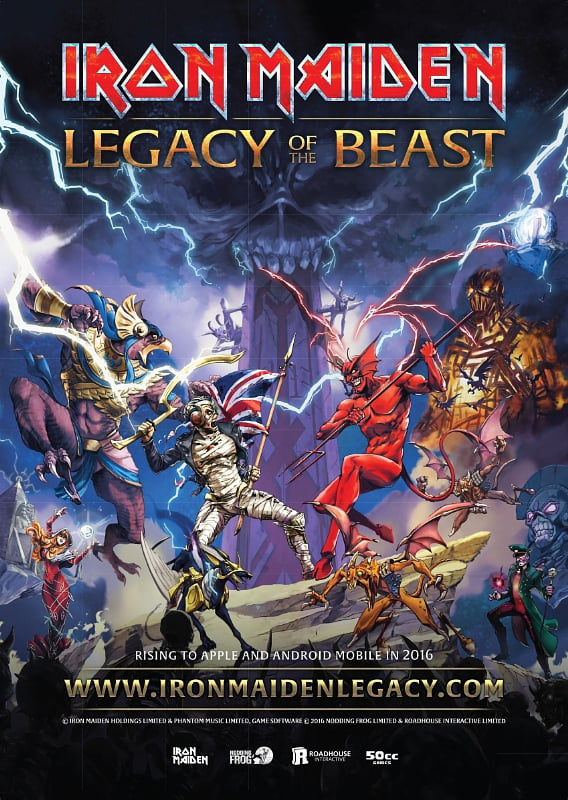