I can honestly say that this game in my opinion is one of the worst games that I have EVER played. I like the original Angry Bird game and a few of the different versions that all share the same premise:

Angry Birds is a great time killer when you either don’t have anything to do or are sitting on the toilet at work or at home. The simplicity of the game is what has made it so popular for so long. The problem is that Rovio has done the same thing over and over and finally decided to do something a little different this time around and unfortunately they struck out.

How awesome Angry Birds Action was supposed to be?

Let’s start with the obvious, this game is trying too hard to be Candy Crush Saga. When you look at the level selector, it’s almost a carbon copy of the “back and forth over the terrain get to the next dot level”. Even the on-screen features reminded me more of Candy Crush than anything from Rovio by showing the little add for a “new game” or the invite friends to play tab. There is so much going on with the main screen that you almost don’t know what to do or where to go, the screen is too cluttered.

Then it looks like they went with the standard five lives to start with instead you are given “Energy” and you are only given three. Three?! Are you kidding me Rovio?! It’s not 2006 and I’m not playing Mafia Wars anymore. Three energy to use and each level whether pass or fail, costs one energy.

If you’re good, you can play three levels and if not, you get three tries for one level before having to wait fifteen minutes for each of your energy to recharge. So you’re looking at a forty-five minute wait time to play again.

Who came up with this idea and who approved it is what I’m wondering. My only explanation for this is they want you to ask your friends to play and send you energy or to buy extra energy yourself with IAP’s. Angry Birds Action feels more like a Ponzi Scheme than an actual game.

Each level has two to three stages to it before you actually beat the level. Fail one and you just wasted one of your three precious energies and have to use another to try and beat it. Are you a perfectionist and want to three star every level? Even if you replay the level, you use one energy so good luck there. 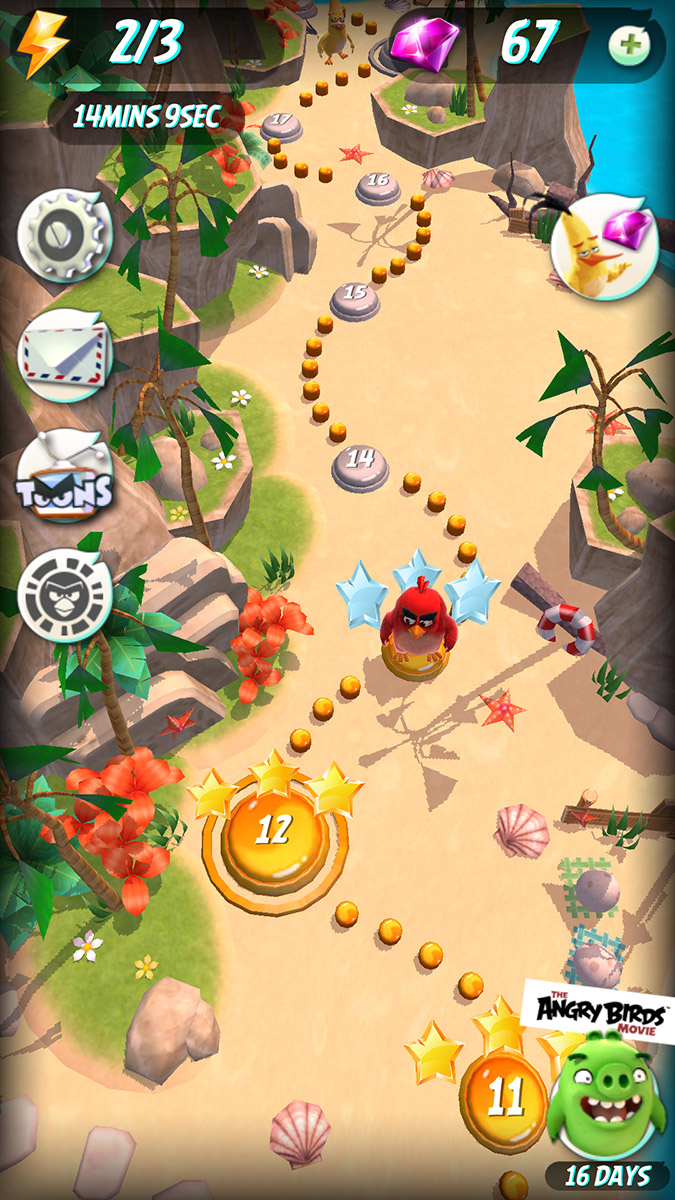 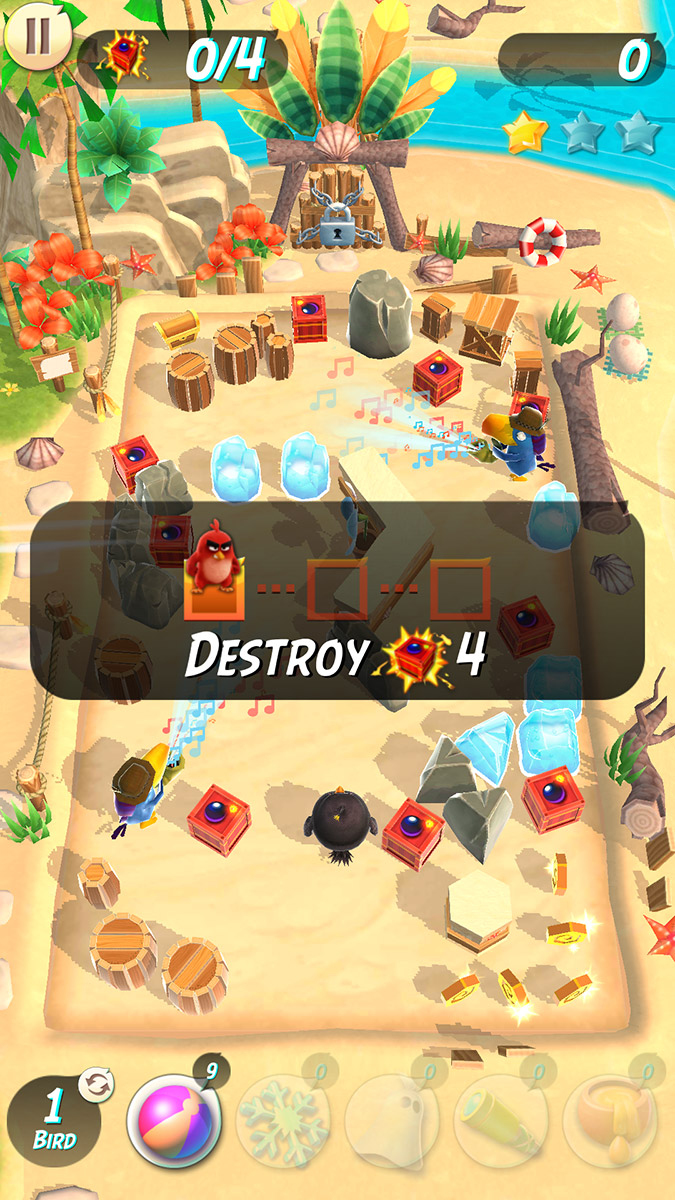 Now I will say this, the levels have high detail and are colored beautifully but the actually gameplay makes it all worthless.

You pull back on the bird and let him run across the screen in an attempt to kill the piggies, save the eggs or “blow up the explosive crates”. There were multiple levels where I had to hit and blow up explosive crates and that was it. What does that have to do with saving the birds eggs or beating up the piggies because they stole said eggs? These levels are pointless filler and nothing more. Someone looked at the game and said “we don’t have enough levels, let’s randomly add levels where they’ll have to destroy stuff so it uses up their energy and then they’ll have to buy more”.

During the level, you usually get two to three birds with approximately three chances each to meet the objective for each part of the level’s stages (totaling six to nine chances per stage).

Thankfully each stage of each level supplies you with a certain number of birds and it doesn’t reflect the numbers from stage to stage. If that had been the case, I wouldn’t have played it for nearly as long as I did.

The environment changes up the strategy of the game as well with the wind blowing you off course, fans that do the same and after each time you release a bird, a piggie plane drops random items on the board to either hinder or sometimes “help” you (I use help VERY loosely).

After each level once you earn your stars, you earn a key to use at each start. The keys unlock crates that will give you power-ups or gold that you can use to purchase other power-ups.

I am extremely disappointed with this game and I hope that the movie is at least somewhat watchable to make up for it, especially when the game offers you free energy to watch the trailers and just crams the movie itself down your throat while you are choosing your next level.

Take my advice and steer clear of this abomination that attempts to pass itself off as a game. However, if you must subject yourself to Angry Birds Action, you can download it for free off of Google Play. Perhaps this game will show up as another one of our series of humorous videos.