The story of the game centers around my character, who is without any name or physical description. I simply am cloaked and hooded, so apart from the story, I’m am who- or whatever I’d like to be underneath, though this is revealed and clarified at the end,  though he ending did feel a bit abrupt. The story begins with my awakening in a cell, akin to an oversized bird cage, that dangles freely beneath a dirigible in flight. This is where I find out that I’m, more or less, under arrest, and I learn this from an NPC that’s as caged as I am. It’s also where I find out that I have no memory of what I’ve done (or not), and I’m apparently in for a rough ride, regardless. 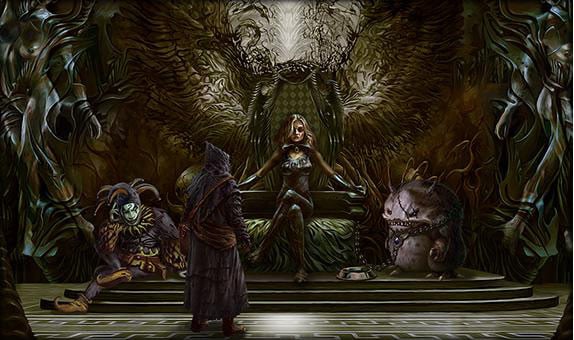 What proceeds from there is a mysterious narrative that is frequently punctuated with puzzles. Typical puzzles include things such as arranging cogs to enable a machine or lock to function, replicating a particular sequence, arranging objects into a certain order, and so on. The game is broken up into three sections, with each section having multiple rooms. I moved back and forth between rooms, either collecting items, or using them to solve the aforementioned puzzles that then allow to access more rooms, and and eventually graduate to the subsequent section.

Tormentum also forces the player to make moral choices through out the game, and they arrive in unexpected forms. Some are more obvious, such as whether or not to take a life, but as often as not, they can also be a bit more obscure. The choices I made as a player impacted the ending of the game. Since Tormentum only has a single save file, my choices were cemented in as soon as I made them, with no going back. My only recourse would be to nuke my progress and start completely over, which can be done st any point from the game’s settings. All told though, thus combination of puzzles, moral choices, and a store made piece-by-piece for an intriguing experience, and kept me searching for more. 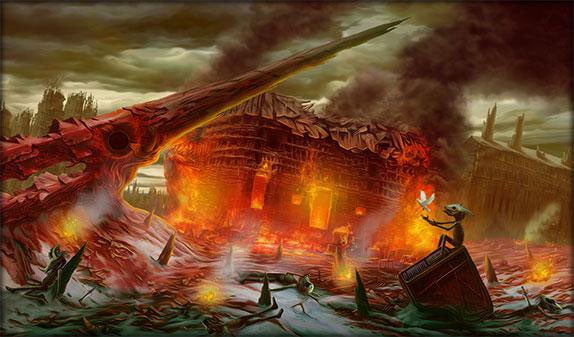 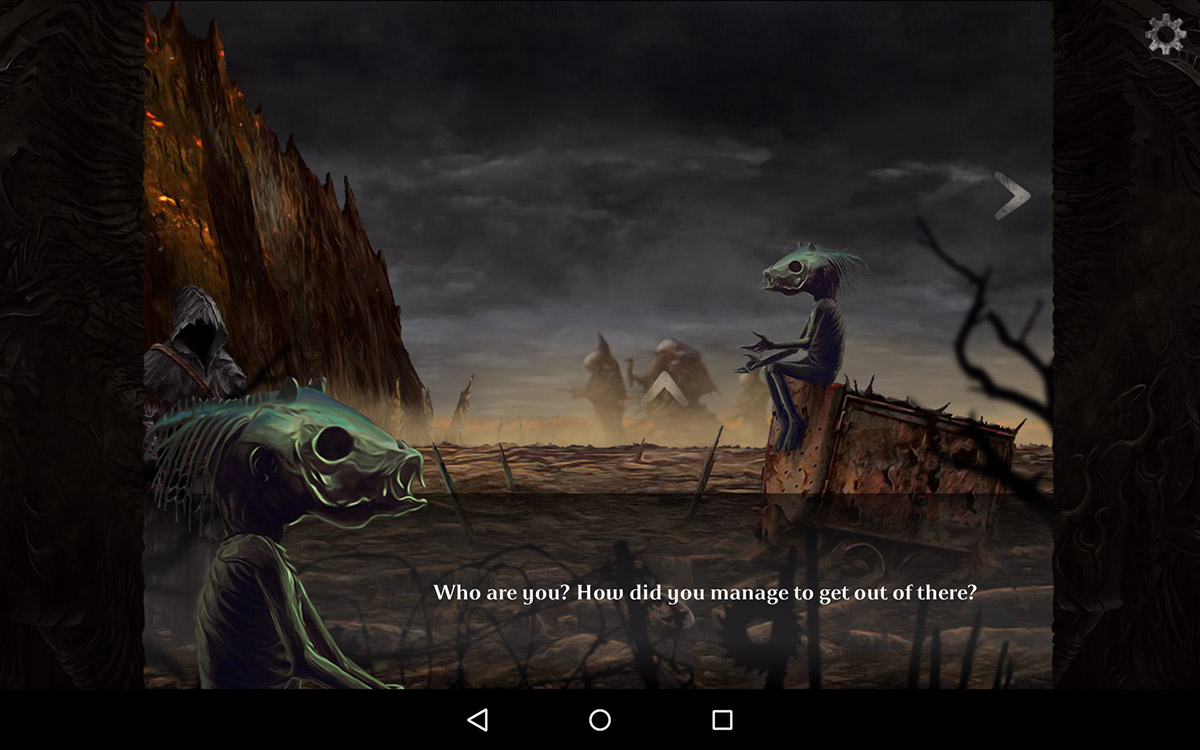 The gameplay is a straight point-and-click format. I have a pouch in the lower right-hand corner, and tapping on it reveals the items currently in my inventory, that I can then tap on them from there in order to be used. In the other bottom corner, I have a sketch pad of sorts, and tapping on it reveals images that my character sketches for later use. These include anything ranging from blueprints to visual clues that help solve puzzles. Admittedly, it was kind of cool to have that angle, both items to use as well as a sketchpad for reference.

Tormentum’s narrative is driven exclusively through text and the somewhat static visuals. There are some animations (and I noticed an occasional stutter with them), but they’re usually reserved for puzzles (such as in resolving them), watching what happens after they’re solved, or an occasional background element such as burning touches, trails of smoke, dust motes in sunbeams, where these elements are moving on screens that otherwise don’t. Even when I saw things moving, they felt like two dimensional elements that were simply layered one over another. My first thought when I saw that type of animation was “diorama”. I don’t mean that as a slight either, as I have fond memories of playing similar games on PC, but that was LONG ago, and that style doesn’t impress anymore. 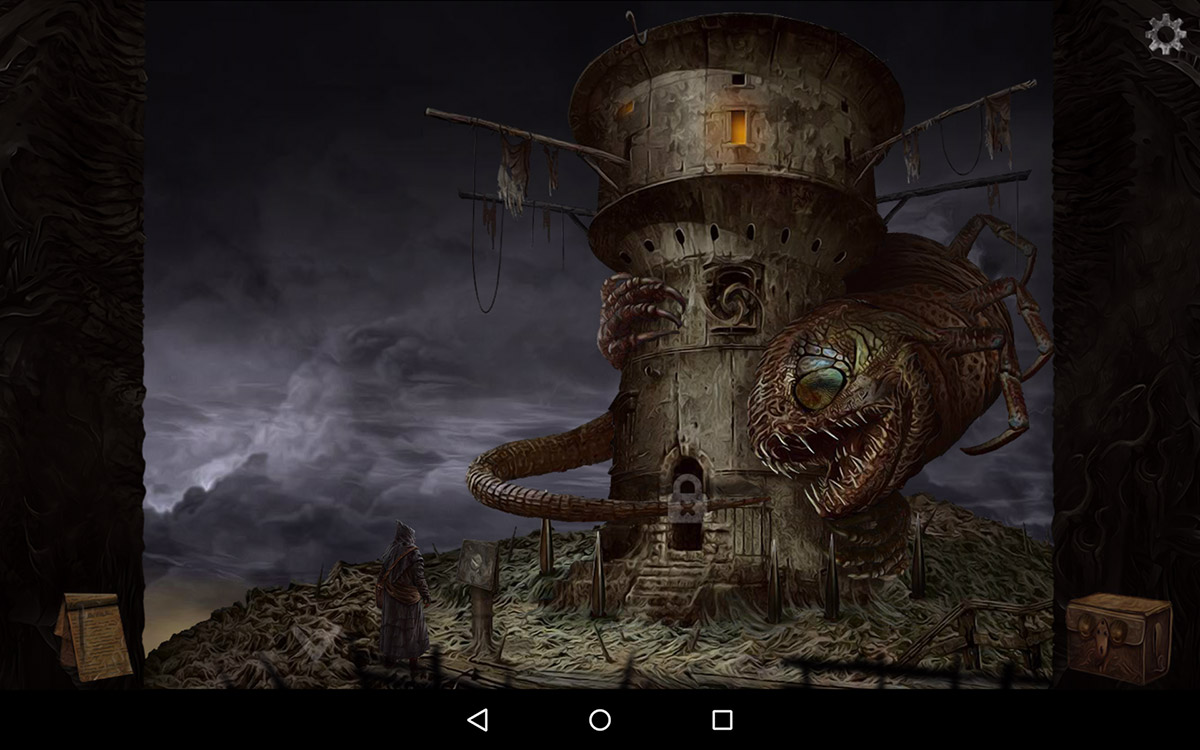 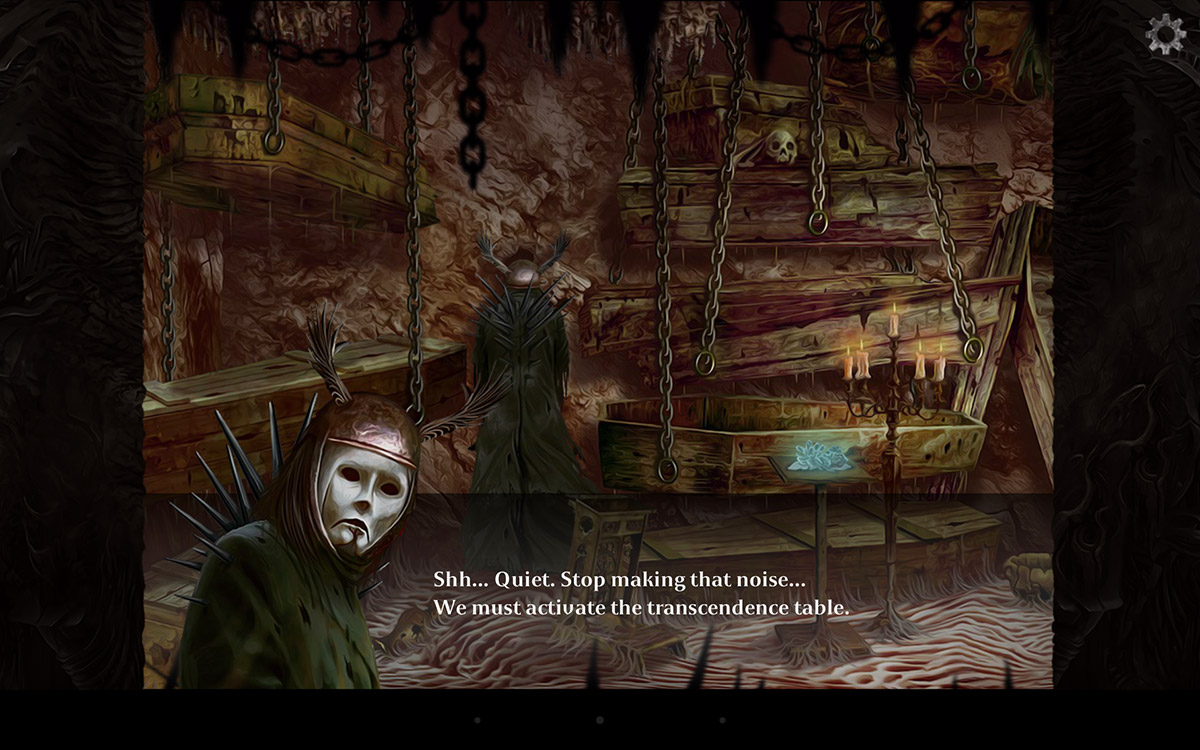 It’s also why I am stressing the game’s atmosphere. The images look dark and nightmarish, but they lack a measure of depth and movement that could add another layer to what they’re going for. Add in the text-only narrative, and things feel a bit flat at times. The imagery is very cool, and it’s all got a look that’s both unified and quite dark. They work, but in still-image sort of way. The soundtrack is instrumental that was creepy and moody as well, so that was another compliment to the experience.

I guess the best way to summarize this would be that the game’s appeal would be for fans that like a focus on story, moral choices, and to a degree, the atmosphere. With visuals that are flat and don’t move much, gamers wanting strong visuals might be disappointed with this one. That being said, I enjoyed my play through of it, despite the flat look. Tormentum is currently available for a flat $4.99, though this is just the sale price in celebration of the game’s launch. After this period ends, it’ll jump up to $6.99.