Ever heard of a little game called Maestria? Well, if you haven’t, you may want to look into it. It obviously has some influences from that popular game called Monument Valley. This game is just as visually stunning, and it actually has some really interesting puzzles to figure out. Whereas in Monument Valley you were encountering visual weirdness, this is a whole different take, based on what you hear… and see.

Update: May 9th, 2016 8:21am PST: In a bit of an interesting move, the developers behind the Monument Valley inspired game Maestria have dropped the price of their game from $2 to completely free. This was a premium priced game, so there were no IAPs, just the flat fee. You would think with the new price of free that there would now be IAPs but that is also not true. There are no IAPs still. So if you don’t have a copy of this game yet, now you can grab one at no cost.

Maestria was created by independent French game designer Antoine Latour. He is a twenty-six year old game designer living in Strasbourg, France. On his website, he jokingly, or maybe not jokingly says, “He created Maestria in the hope of making mad stacks, becoming famous, finding true love, and to pass the time on Sundays. He achieved 25% of these goals.” I like his sense of humor already, and even more, his game design is quite impressive. 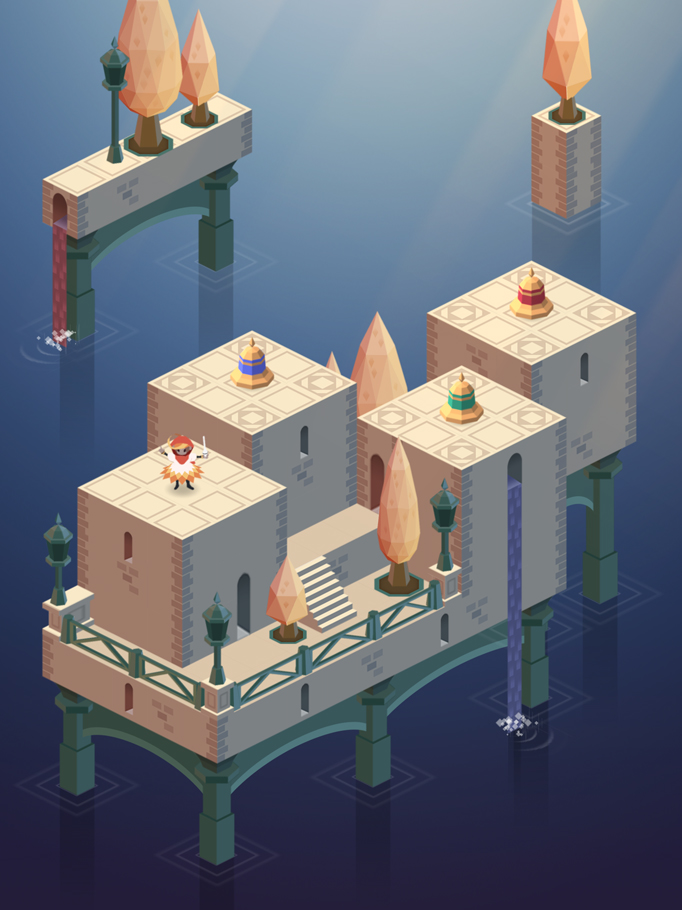 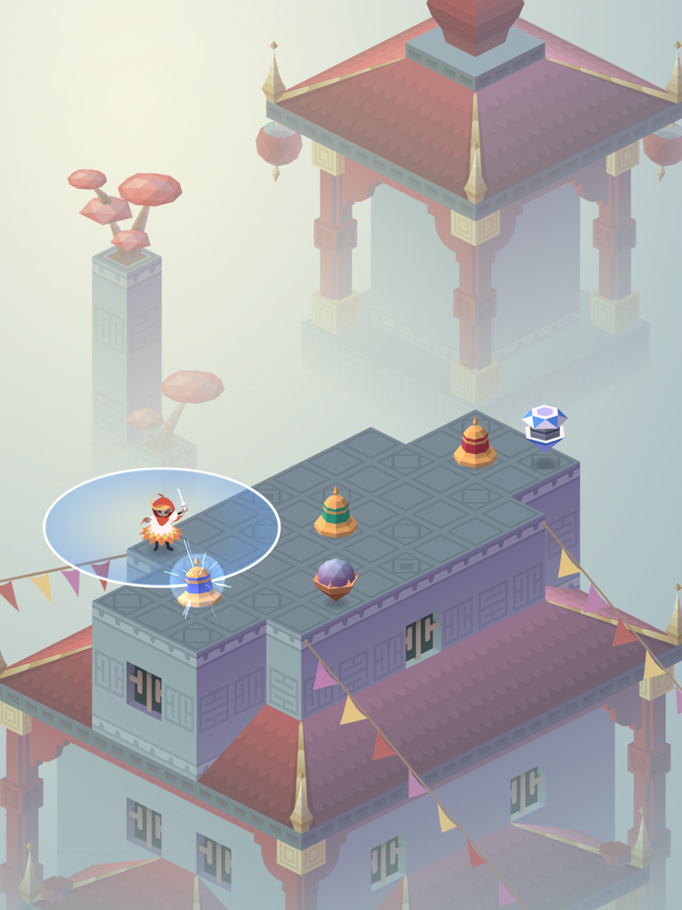 “Maestria is a puzzle game for your tablets and smartphones, in which you will help Fuge bring back harmony in eight enchanting worlds. In order to win, you just need to ring the bells in the correct order. Easy enough… But will you find a solution to the 160 levels?” – Antoine Latour

Maestria is a premium-priced game, so a lot you can breathe easier. There is no IAP to be found in this game. It will cost you $2.00 to download and that’s it! Plus, it is boasting 160 levels, and that should keep you scratching your brain for quite some time. In the trailer to the game, we see the interesting mechanic of aligning the bells in a particular order, so that they can create the right sequence of sound. I like how this is set up, and it really feels like a puzzle game, and the quests are altogether different. The worlds are richly detailed, and the architecture that Monument Valley so popular, shines again here. As an independent game developer, Mr. Latour seems to be moving in the right direction to fulfill his aforementioned goals in creating the game. 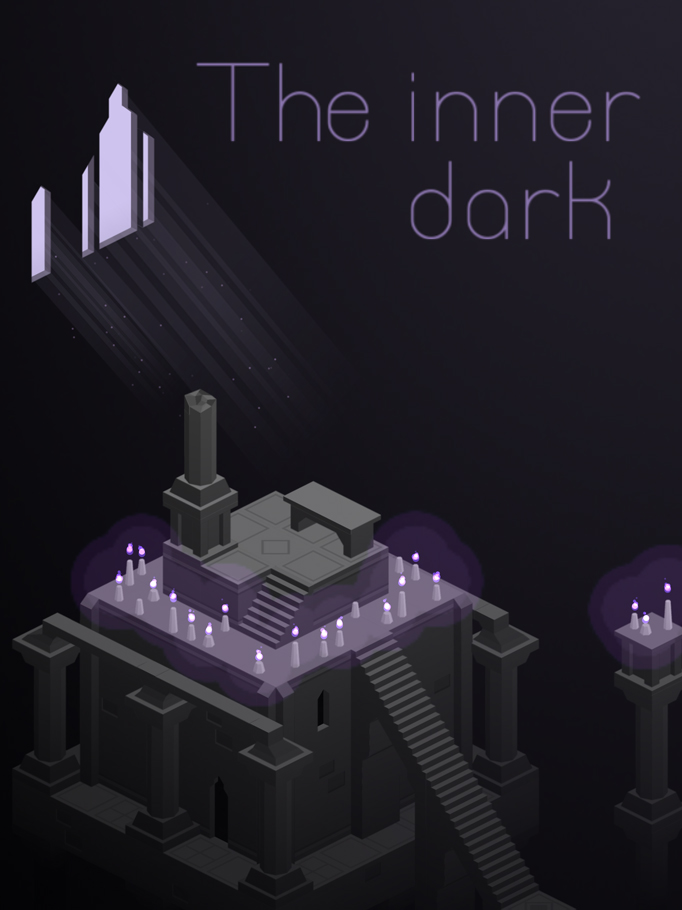 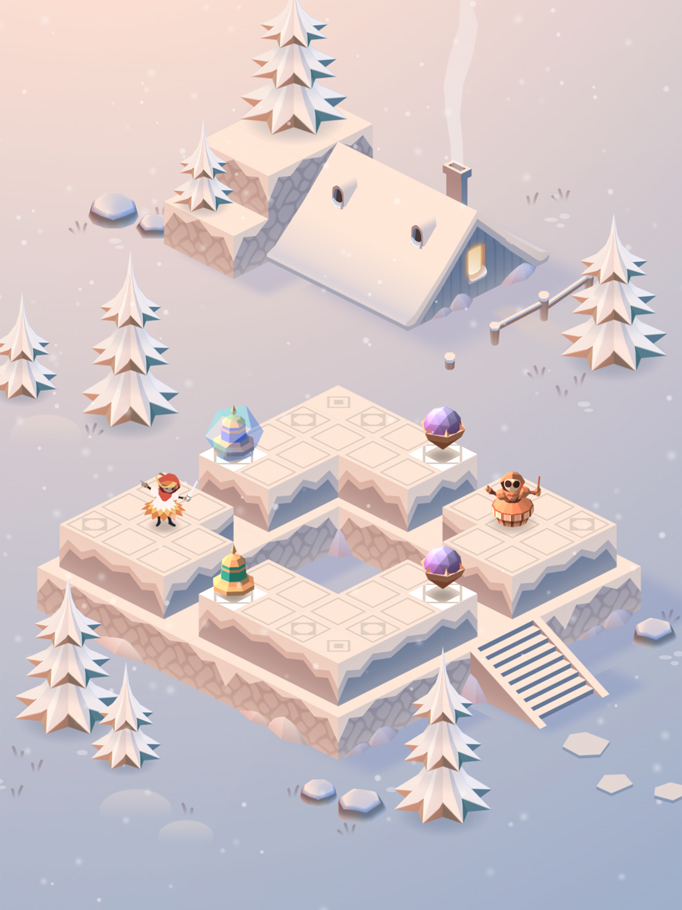 We are going to spend a bit of time with the game and give you our review a bit later. Personally, I like the concept and continue to be intrigued. For those of you that say “Oh, not another Monument Valley,” may want to give this one a shot. It may have murmurings of the lands Ida visited, but this is a tad bit different. I don’t mind games that are influenced by other games, as long as they aren’t a direct copy. This is not a copy. This is a nod to a game that is great, and adding that something extra that is special. You not only can see that in what Mr. Latour has done… you can hear it too. If you are brave enough to download it like we were, let us know your thoughts in the comments.