For those of you not familiar with this game, This War Of Mine is a survival-based game where you will be taking control of a group of survivors in a war-torn land. So you won’t be playing as a military person, but as a civilian. You will need to search for materials and items that you can use to help your group of survivors live. However, you’ll be presented with plenty of moral choices as well, such as having to give up a survivor for others to live. That’s the quick and dirty description of This War Of Mine anyways. 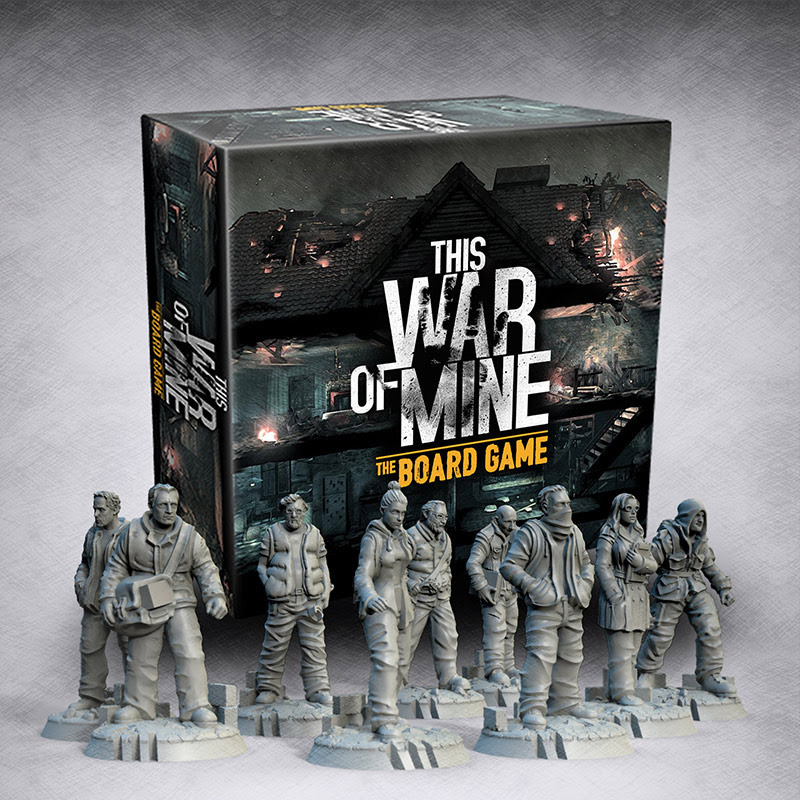 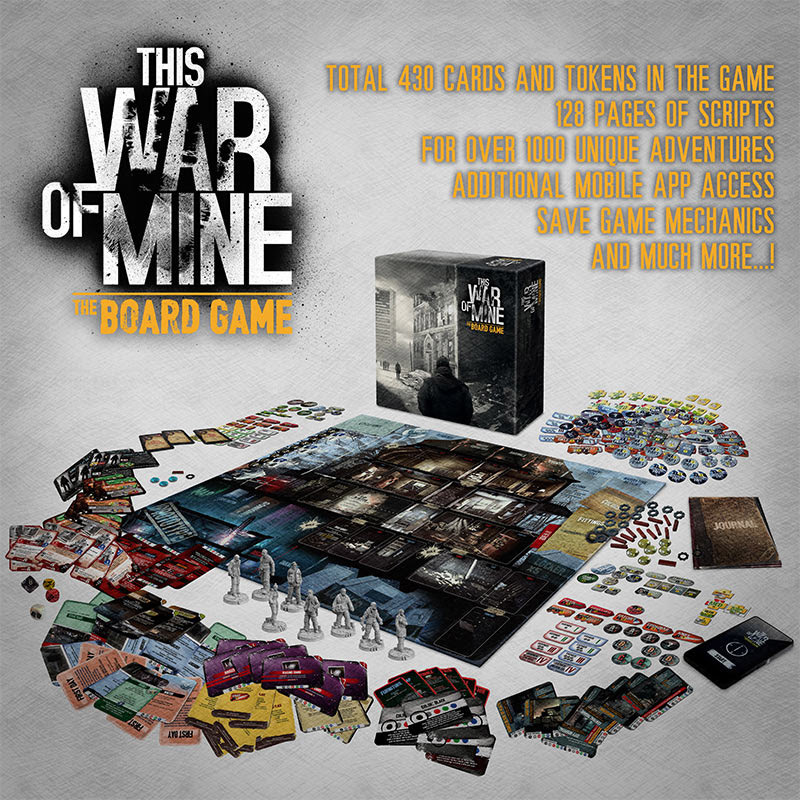 The tabletop adaptation that is planned has a few notable people working on it outside of the crew at 11-bit studio, such as Michal Oracz, designer of the popular Neuroshima Hex, and Jakub Wisniewski, the storyteller behind Dying Light. The overall plan is to actually create quite a large board game, which will include a mobile companion app that goes along with it, and a slew of other pieces.

With players’ support, the developers will be able to produce the tense cooperative game with over 430 high-quality components, including 12 figures; a companion mobile app; over one thousand unique stories; an open & play system that makes it easy to start playing without previous learning the rules; a save-game mechanism; and, above all, the innovative Reality Impact system, introducing an enormous amount of meaningful plot, choices and consequences. – 11-bit Studio 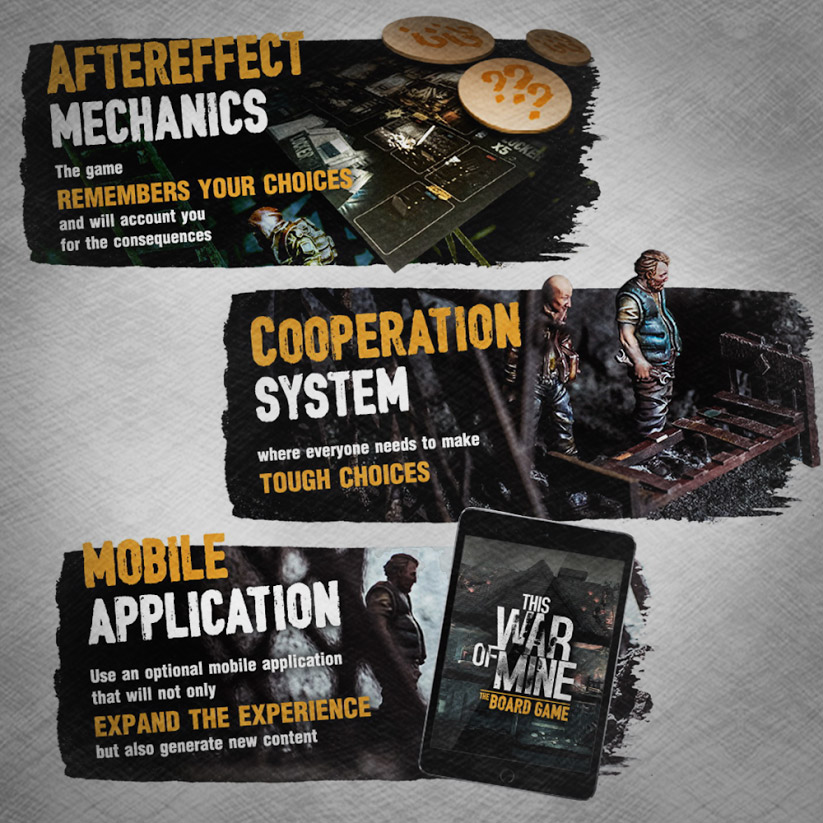 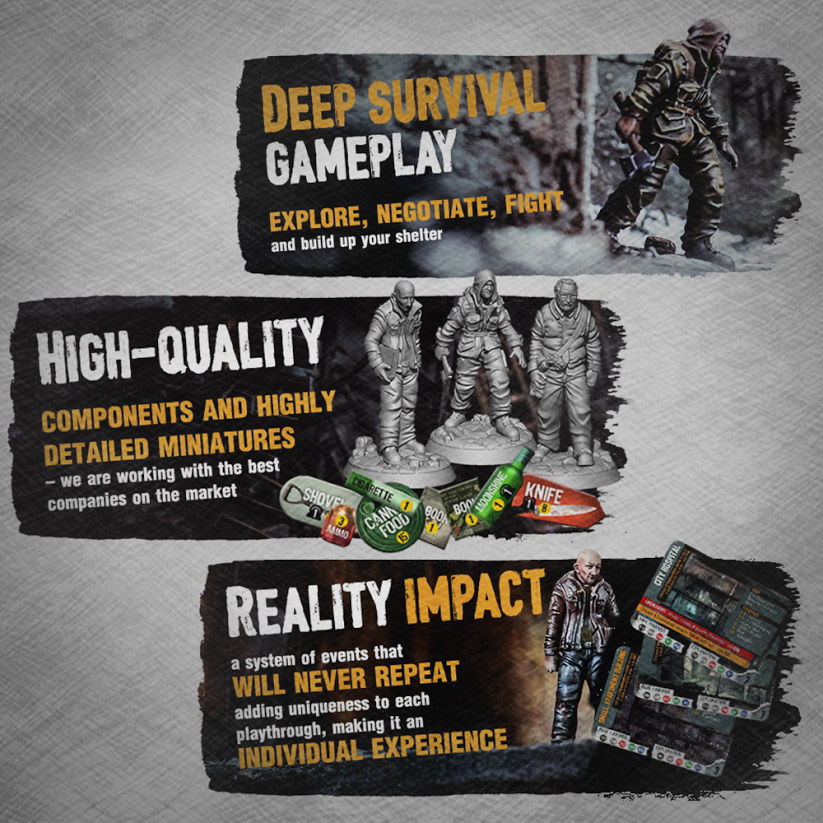 To round everything up, there will be a live stream that will showcase some very well-known artist who have worked on other franchises such as Magic The Gathering, Game of Thrones, Star Wars, and more. They will group up together as an “ArtistsOnBoard” group to create a large-format acrylic painting that will end up being the game’s cover. If you’re into art, you’ll want to check out that live stream on YouTube today at 3pm PST. The Kickstarter campaign is also live and if you want to throw a few dollars at that, you can now do so.

Kickstarter: This War Of Mine Board Game Campaign

Official Website: This War Of Mine: The Board Game