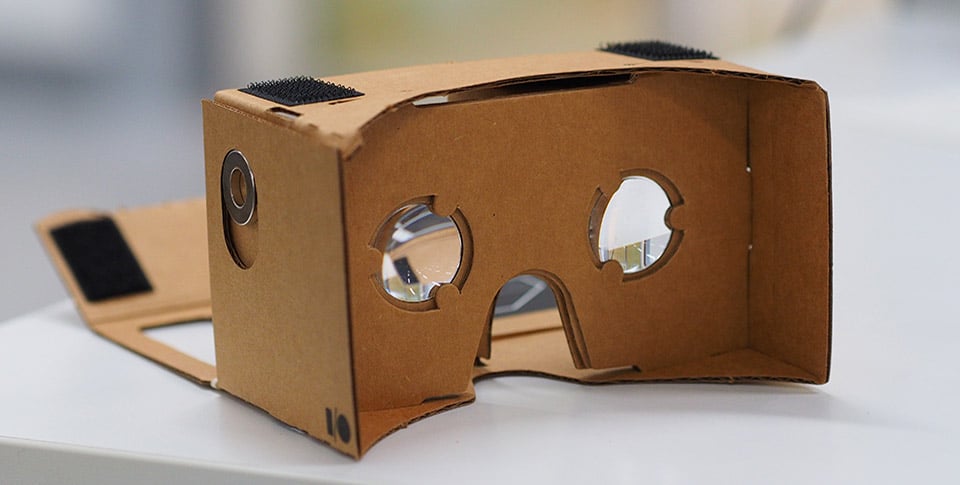 This isn’t the first time news regarding Google and a new Virtual Reality headset has come out. Back in the beginning of February 2016 we reported on the rumor that Google was already developing a more advanced VR headset over their current Google Cardboard one. So news of it actually being revealed at next week’s Google I/O seems to be pretty spot on.

Android VR will definitely be announced next week, and from what I’ve heard will be less powerful than the Vive or Rift.

Interestingly enough though, according to the details that are out about this possible new headset, it won’t be as powerful as the HTC Vive or Oculus Rift. This also means it will be much more affordable than either of those two headsets. Peter Rojas confirmed over Twitter that the reveal is happening next week, and that the above information regarding this new headset versus the Vive and Rift is also true. Also revealed is that this new headset will be running off of mobile hardware, even though it’ll be a standalone headset.

Even though it won’t be as powerful as the two major standalone headsets, it is being said that it will surpass the Gear VR in terms of power. So it will fill in that gap that currently exists between the Gear VR, which does a good job of bringing the Virtual Reality world to people, and the Rift and Vive. Of course all of the details we want will be arriving next week so stay tuned for that update.