Mekorama is an engaging and enjoyable puzzle game from Martin Magni

Mekorama is a remarkable puzzle game that has been released for Android. It is unusual that a game is released on the weekend, but this one would be welcome anytime it hit the Play Store. Martin Magni, the creator of Odd Bot Out has released his latest title for Android and iOS. It is labeled as a Diorama puzzle game and it is free to play too. Don’t throw your hands up in dismay just yet. You can also name the price you want to pay for the game. In an interesting and welcome twist to the free-to-play structure, Mr. Magni is giving gamers the best of both worlds.

Mr. Magni is the creator of the quirky and enjoyable game Odd Bot Out. He is a talented independent game developer. As a matter of fact, he created the design and produced the coding for the game. He also created the art, music and sound. Thematically, the puzzles all share a wonderful architectural and a sense of exploration. The goal is to get your little robot ‘B’ to the little red dot that marks the exit for the puzzle. 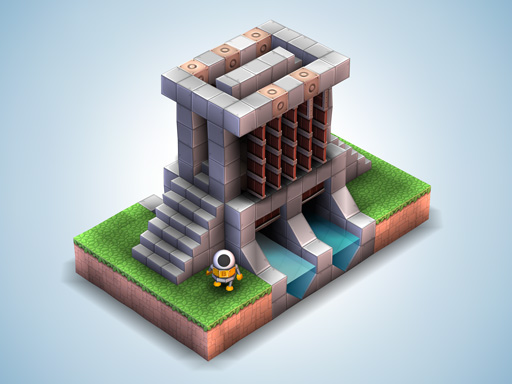 There are 50 levels in the game that you will be able to complete, in addition to collectible level cards which can be found online and through other users. You do this by scanning the QR Code that is attached to the card. Everything about Mekorama is very tactile. You can rotate the mechanical model to explore the level, as well as being able to zoom in very close. Even up close, this game looks amazing. What really is an amazing bonus to a free game is the ability to create your own levels with the level editor that is included. This extends the life of the game even more. Everything about Mekorama is set up for players to enjoy.

Here are a few fun facts that Mr. Magni posted on his website about the game: 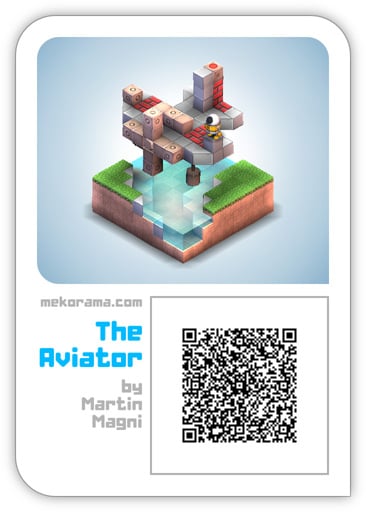 The first time I played Mekorama it just felt right. The game is easy to learn, but grows in difficulty at a steady pace. It is especially fun when you are able to rotate the components of the puzzle to figure out what each one does, and how they can help ‘B’ get to his destinations. There are a few instructions in the beginning of the game, and then you are on your own. Some puzzles are a bit tough, but you never feel like they are impossible to solve. This is a game that can be played by your whole family from young to old. The exploration part of the game challenges younger children and is a great introduction to critical thinking and solving problems. They would never know it though, because it is all wrapped up in helping ‘B,’ and that is fun for them. 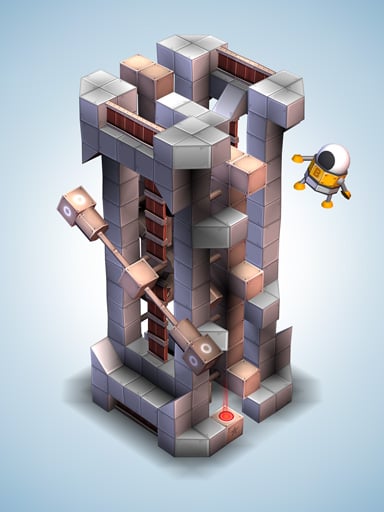 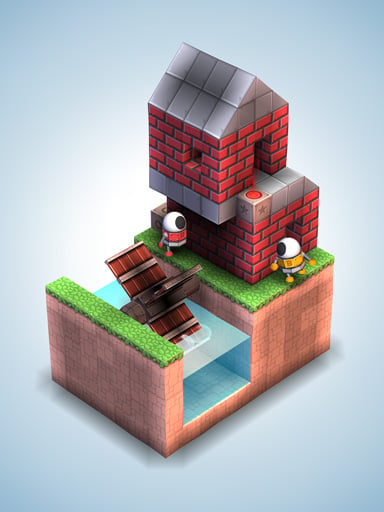 You move ‘B’ by tapping different places on the screen. Since some of the areas are hidden, you have to rotate to the puzzle and zoom in and out to figure out how to get ‘B’ where you want him to go. There are blocks/cubes that slide up and down and rotate that ‘B’ can traverse to help him get to other areas. Simple controls are at play here, but they are well-implemented. The brilliance of the design can be found in its simplicity. I can imagine LEGO Mekorama models arriving any day. The creations of Mr. Magni are quite fascinating and enjoyable to explore. I am certain there will be many wonderful puzzles that are created by the gaming community with the included level editor.

Even the design of the menu is polished. It is basically a book where you flip through pages. The puzzle cards are neatly lined up in two vertical rows and can be partially seen as they are half-in and half-out of their slots. Once you complete one card, a few more cards appear. The more you play, the more challenging the puzzles become. Fifty puzzles is a good amount to start, but as I mentioned earlier, there are other ways to add to your puzzle collection. You can check the FaceBook page for the game, as well as Twitter. 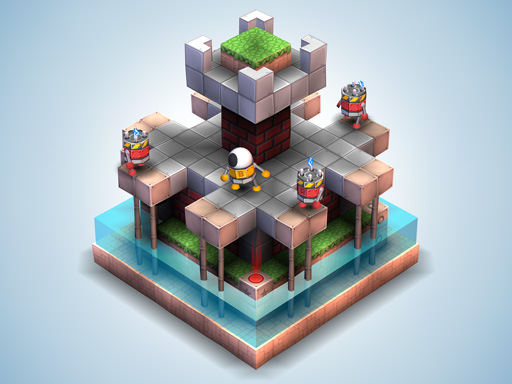 Mekorama is not integrated with Google Game Play Services, so there are no achievements or cloud saves.  I do wish there were at least cloud saves. I tend to go between my devices quite often when playing games, but this is only a minor disappointment. The enjoyable game play overshadows that of course. Hopefully it will be added in the future.

Simply put, you cannot go wrong with downloading Mekorama. You get fifty puzzles for free with absolutely no ads. You can name your price from a range a prices, and it comes with a built-in level editor to create your own levels that you can share with friends. You can download other levels that people have created using the QR code system. Mekorama is a win-win downloadable game. The game looks and plays great, and it is a must-have on your device. Mr. Magni should be proud of his accomplishment, and I hope he continues to make games. If the two of the games he has released thus far are any indication, Mr. Magni has a very impressive future in gaming. It makes sense though, making games is what he has wanted to do since he was a small boy… goal achieved! Don’t miss out on this one. If the reviews in the Play Store, posts in Reddit and other articles like ours are saying the same thing, there’s a really good chance that you will agree too. Mekorama is one of the best puzzle games released so far this year.