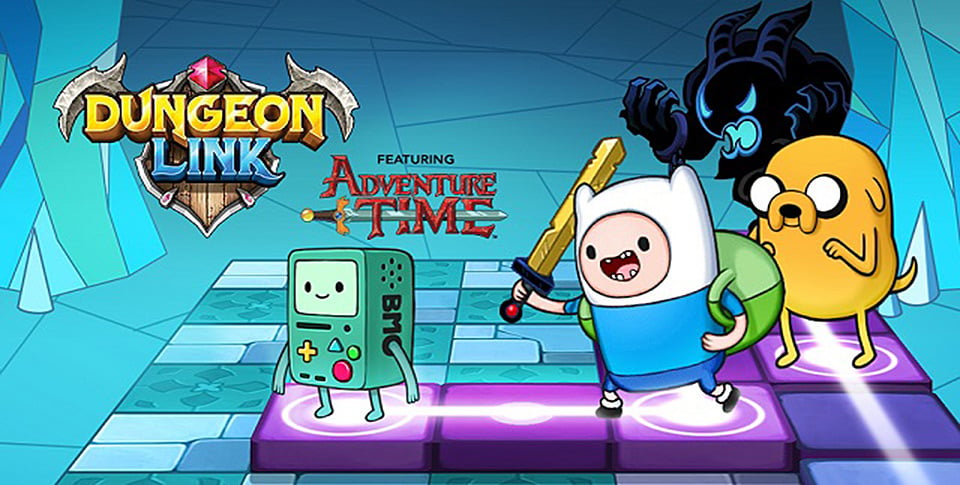 For those of you not familiar with Dungeon Link, this is a puzzle-RPG title that was released last year by Gamevil where players have a team of characters and by moving them from one spot to another, which are matching that particular character’s color, you attack the monsters that are in that particular level. Managing to cover all available spots launches special attacks as well. That’s the quick and dirty explanation about Dungeon Link, there’s actually a lot more to it, but that’s the main part of it. Of course your heroes in your team can level up and get stronger along the way. 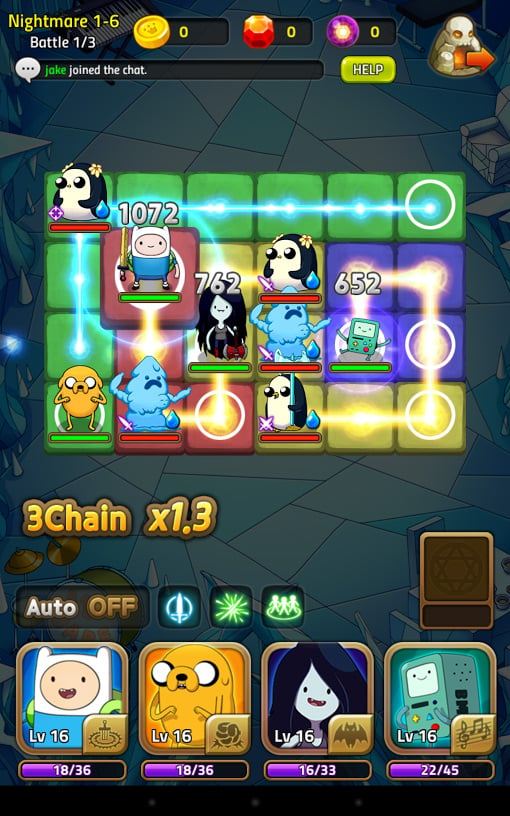 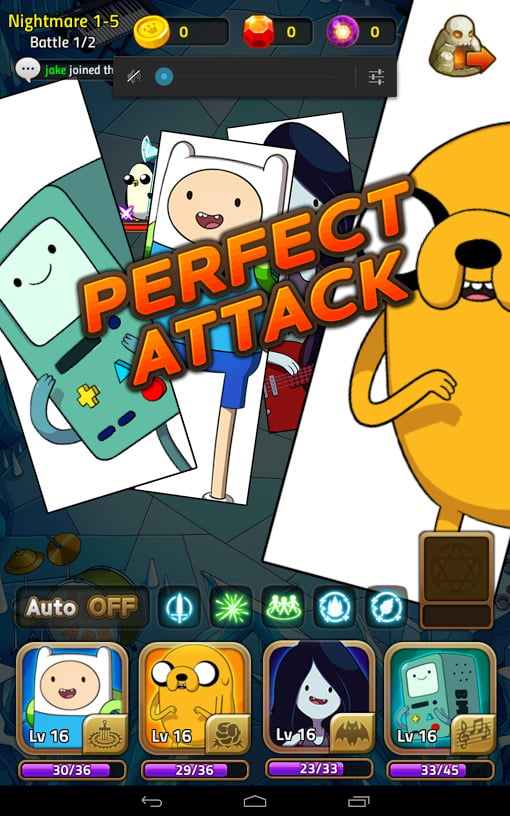 This new update brings the Adventure Time world to Dungeon Link. Players now have the chance to summon Adventure Time characters that they can then use as part of their current team. Unlike most updates that add a couple of new heroes for players to try and get, this one adds over 20 new Adventure Time themed heroes, such as Finn the Human and Jake the Dog.

For those of you with Dungeon Link installed, you can now download this update any time. If you want to grab a copy of this game, you can do so for free off of Google Play.