Drive your opponent to madness in Cthulu Realms, now available on Google Play

Released by White Wizard Games, the studio behind Star Realms, comes another digital deck building game, only this time it’s built around the Cthulu Mythos. The goal of this game is fairly straightforward. Players are looking to either drive their opponent crazy. Should the game end before that point is achieved (which can occur when one’s deck runs out), whichever player has the most sanity left is declared the winner.

While the developers make the point that this isn’t simply a skinning of Star Realms, I would personally bet that it’s still a game that can be picked up fairly quickly. The rules are as follows: “Each turn, you start with five cards in hand, playing those cards in order to put locations into play, boost your own sanity or reduce that of others, collect conjuring power to acquire new cards, and remove cards from the game. You can use the power of your locations once each turn. At the end of your turn, discard any cards still in hand and all entities and artifacts that you played. If you lose all of your sanity, you’re out of the game. If you’re the only one at the table who’s still sane, you win. Otherwise, the game ends when the deck runs out and whoever has the most sanity wins.” 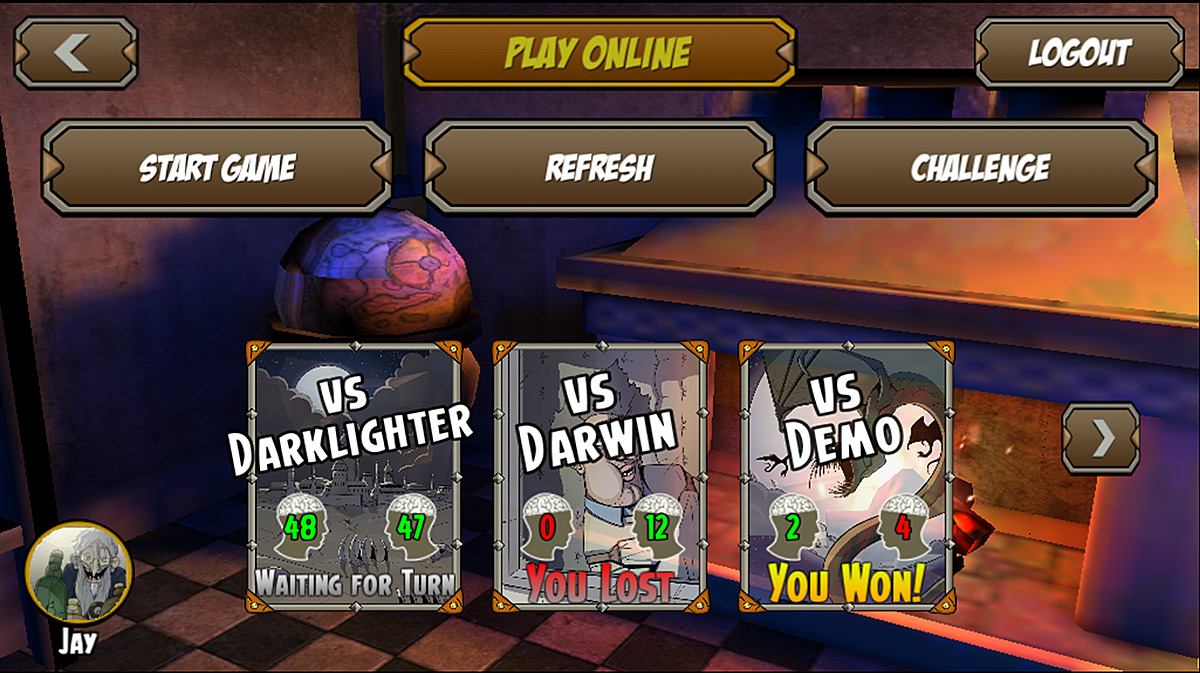 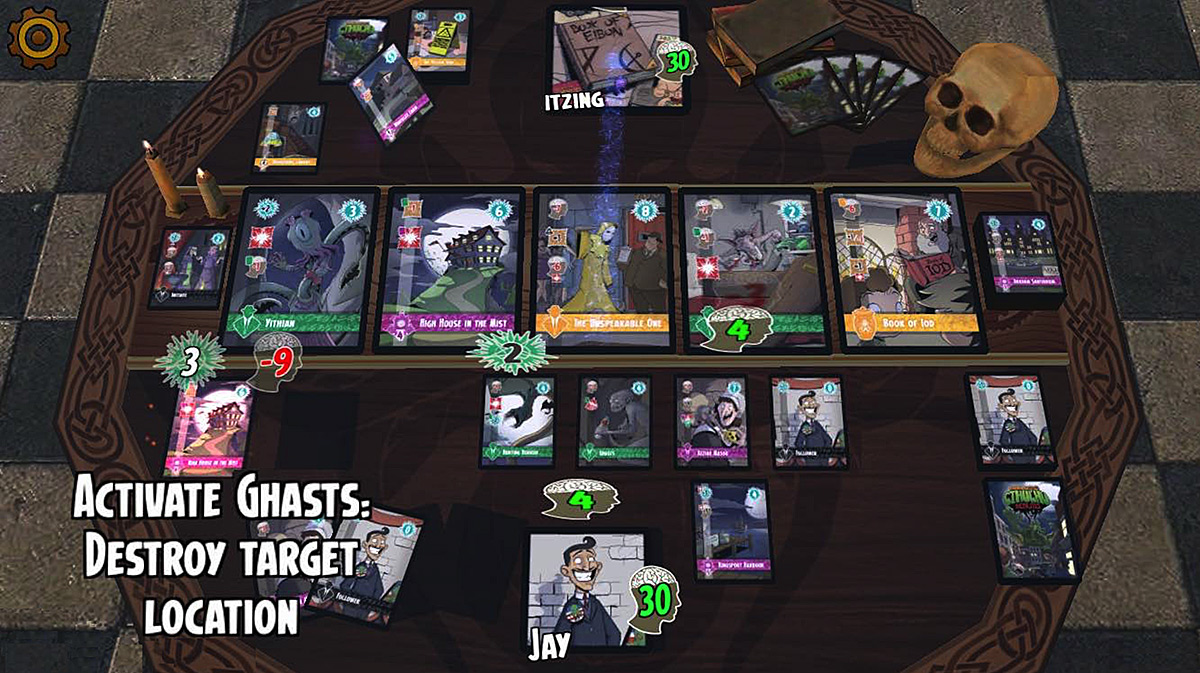 The full game supports both single and multiplayer, with both local pass and play, as well as online being supported.  Cthulu Mythos is available for free from Google Play, with a single IAP to unlock the full game costing $4.99. You can check the gameplay out with the game’s trailer below as well.