Players will need to guide Smee, using tilt controls, to ever increasing heights, that are spread out over thirty different levels. Each of the levels has balloons floating in the air, and collecting them is necessary to unlock the next level. The amount of balloons you collect is graded using the three star system, with two stars qualifying the player to access the subsequent level, of which there are thirty total. The levels also contain hazards that must be avoided, and failing to do so pops the balloons that hold Smee in the air. 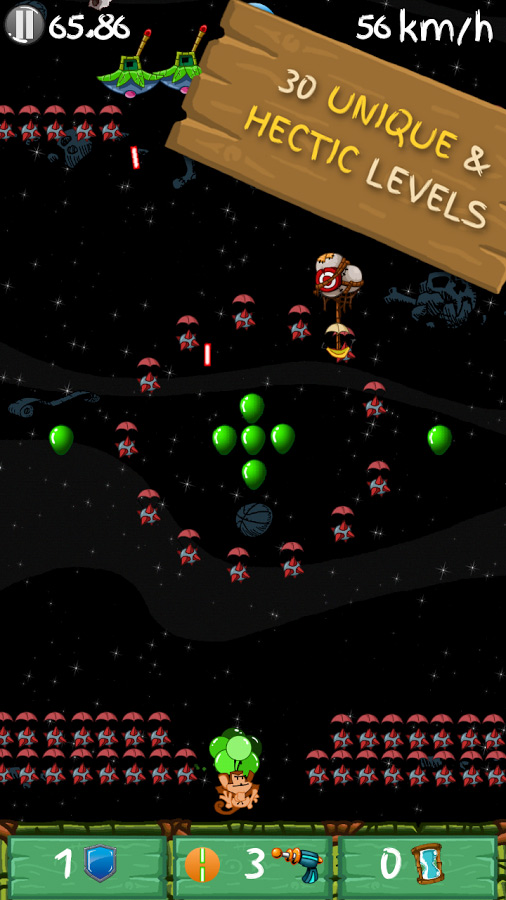 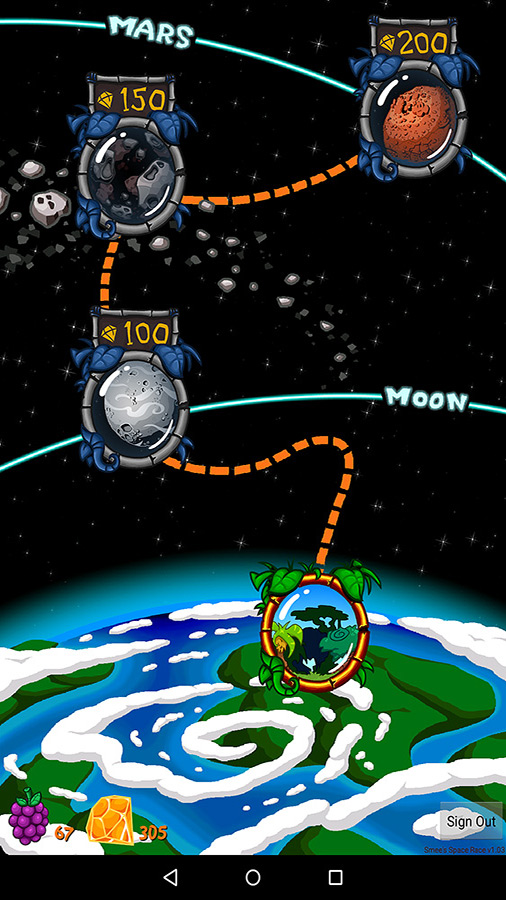 – Intuitive Controls: Just tilt your phone to guide Smee!
– Embrace the Challenge: Earn stars and set the best high scores in 30 unique and hectic levels. Complete special challenges for extra rewards!
– Unlock Upgrades: All content available for free! Spend your hard-earned grapes and gems to upgrade Smee and make your way further into space!
– Easy to Learn, Hard to Master: Anyone can pilot Smee into space, but to earn the top spots on the global Leaderboards takes true skill!
– Player First Mentality: No limits to how much you can play! New challenges are available every 12 hours, so keep your eyes open.
– Optional Ads Only: You will never see an ad unless you choose to! Players can earn more grapes and gems by watching optional ads.

Players can purchase power ups, such as protection for the balloons, or one several types of ray guns. Smee’s Space Race is available from Google Play for free, and includes optional In App purchasing, as well as the option to watch ads instead. You can check out some of the gameplay with the video below.