Players will then be able to build their ultimate deck of cards, figure out the best strategic card combinations, and before turning around and using them in battles. The overall goal is to become the champion of the Skaylands in this game. Because this is the worldwide launch of Skylanders Battlecast, players will have access to a special campaign where you can try to defeat Kaos in the new Kaos Island realm, which contains over 64 missions across eight elemental islands.

If you feel like taking a break from the single-player campaign, you can directly challenge friends to matches as well for a little PvP action. Regardless of whether you stick to the single-player content, or dive into the multiplayer PvP, you will be able to level up each card in your deck, making them stronger as they gain levels. There are different types of cards such as spell cards and relic cards (which can change the rules of a match). Skylanders can also have gear added to them through the use of Equip Gear cards, giving them a boost while in combat. 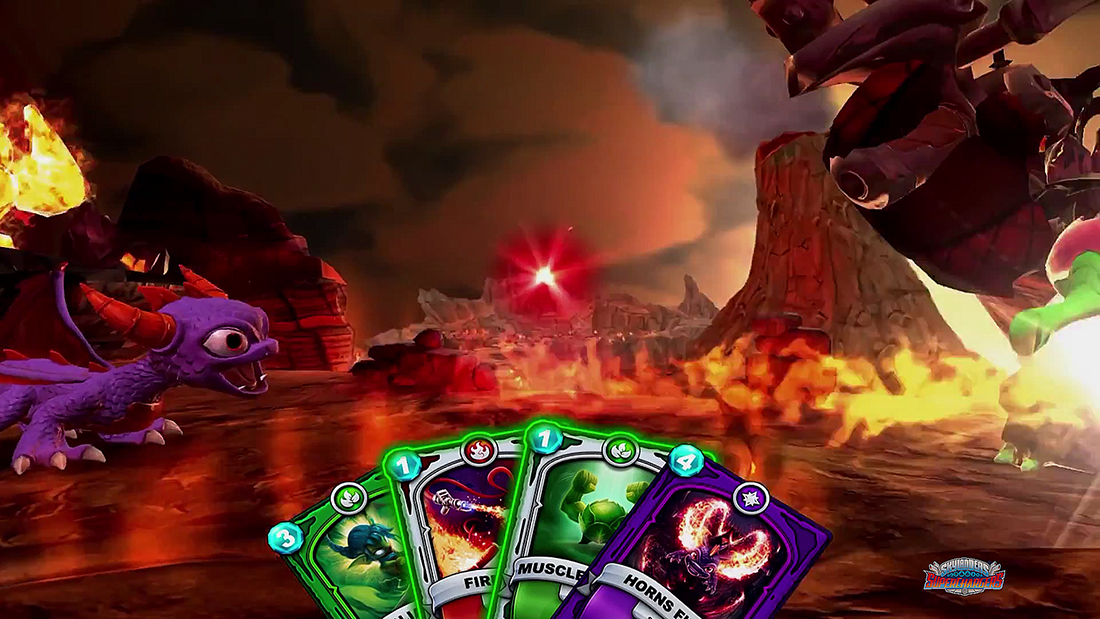 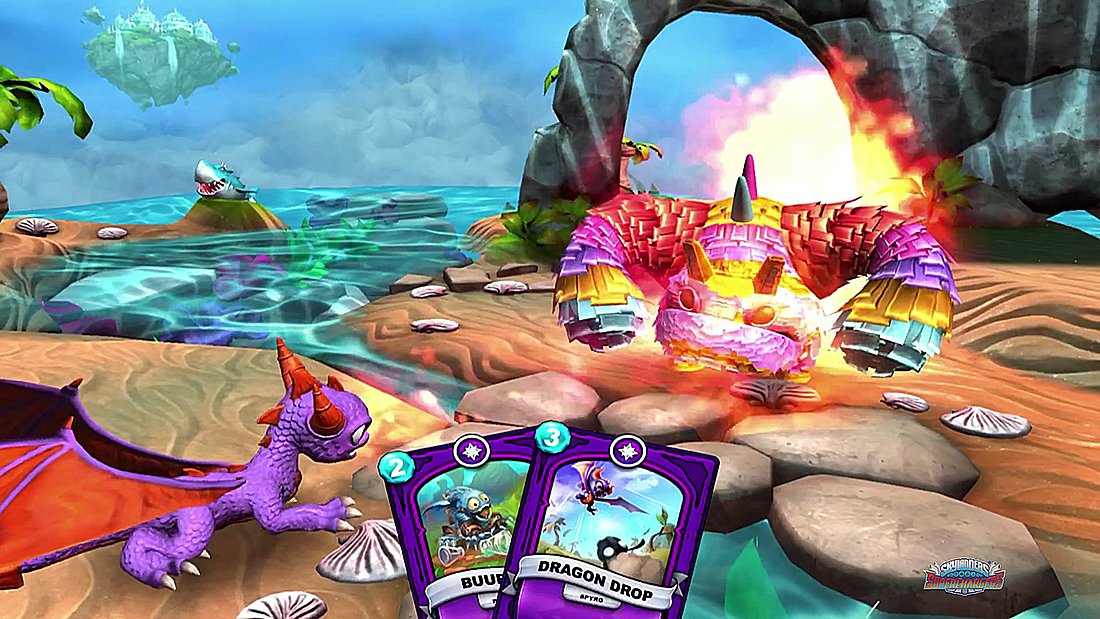 · Collect all 300 Character, Spell, Gear and Relic cards
· Devise unique strategies by building decks that combine three Skylanders and take them into battle
· Battle with your favorite Skylanders Character cards
· Cast powerful Spell cards to smite foes on the field of battle
· Equip Gear cards to boost your Skylanders
· Complete challenges on each mission to earn more rewards
· Embark on daily quests to earn rewards
· Earn bonus rewards as you strive to become the Ultimate Battlecaster
· Expand your gameplay experience with physical Battlecast cards now available at your local Skylanders retailer*
· For the first time ever, you can scan physical Battlecast cards and play with your Skylanders through Augmented Reality
· Import physical cards into the game to build your digital collection

The combat itself is actually rendered with fully animated 3D visuals. So unlike a lot of TCG titles where it is just throwing cards at each other, this one has your Skylander of choice battling your opponent. You can take up to three different Skylanders into battle and form a deck around them, whether its extra gear, spells, or whatever you choose to use.

Players can purchase cards as of today at actual stores that play to carry the booster packs, and scan them into the game. There are also booster packs available in the game itself, but you don’t get any physical product doing it this way. There are ‘Battle Packs’ which contain 22 random cards for $9.99 and booster packs for $4.99 that contain 8 randomly selected cards that can be purchased in-stores now. The game itself is available for free off of Google Play and Amazon’s Appstore.