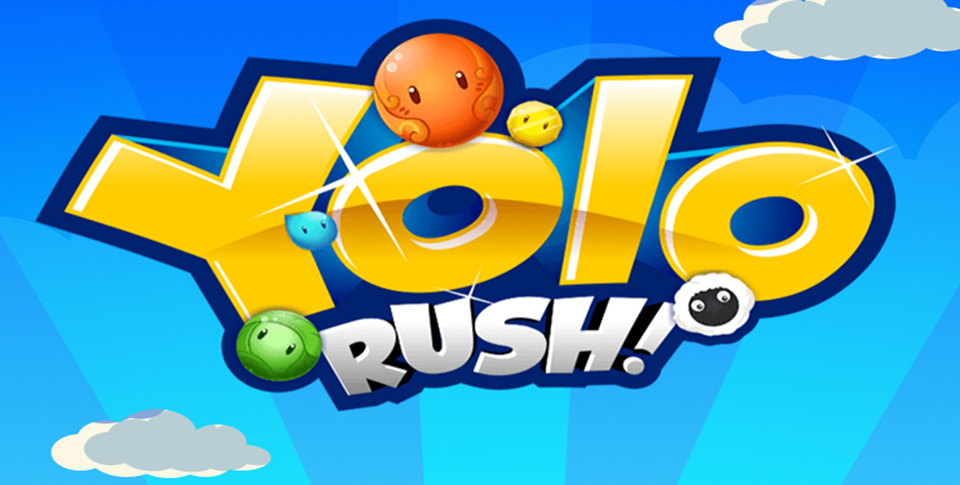 In this game players will start with one character, but eventually will be forming a team of three. Once you’ve past the little tutorial in-game, you should end up with at least of team of two characters and have a basic understanding of how the game plays out. After setting up your team, you’ll be heading off to battle it out with other opponents. These can be either AI opponents or other players. 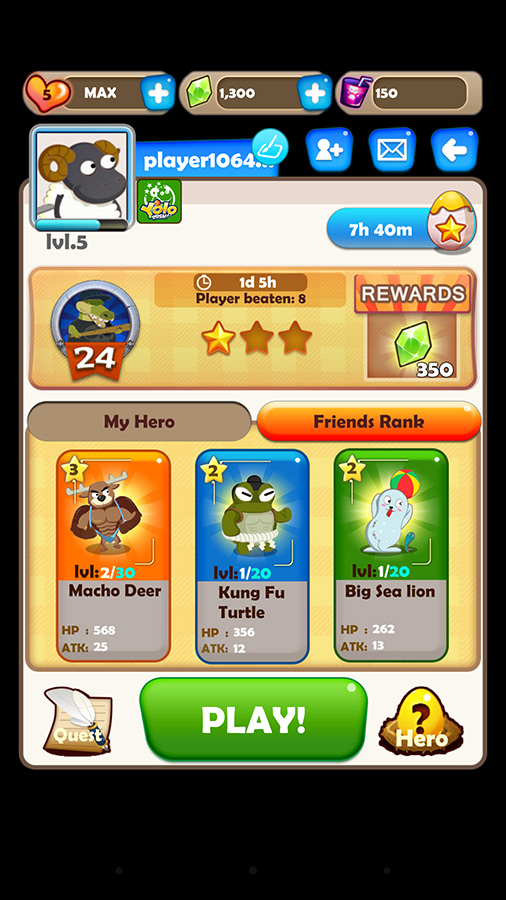 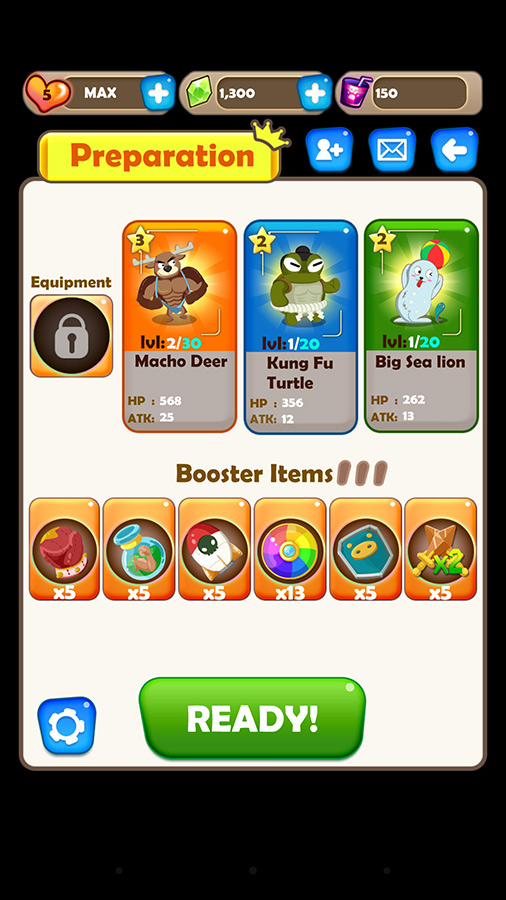 Combat happens in your standard match-3 gameplay. Match 3 or more of the same symbol in order to do an attack against your opponent’s currently active team member. Matching 4 or more will have a special ‘TNT’ tile appear, which is stronger the more symbols you match. Tapping on that will destroy a block of symbols, regardless as to whether or not they are matching, and will unleash a stronger attack against your opponent.

At the beginning of each round, you’ll have a variety of different starting power-ups that you can choose from. Each one is meant to give you a different advantage when the round starts, but once they are used, they do not come back that round. So they are one-shot power-ups to help you have a boost at the beginning of a match. Once you’ve taken out the first character of your opponent, it will automatically be replaced with the 2nd member of their team, and then the third character will appear once the second one is dead. Same goes for when your team of characters are defeated. 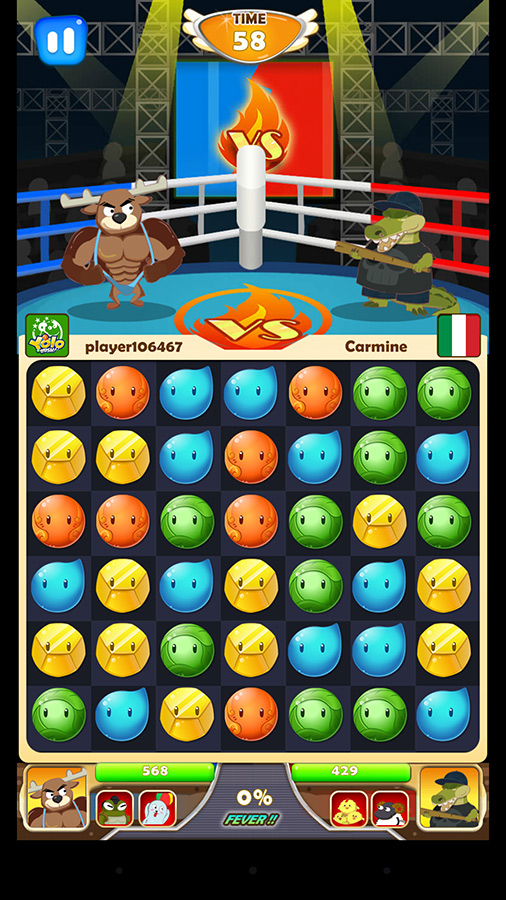 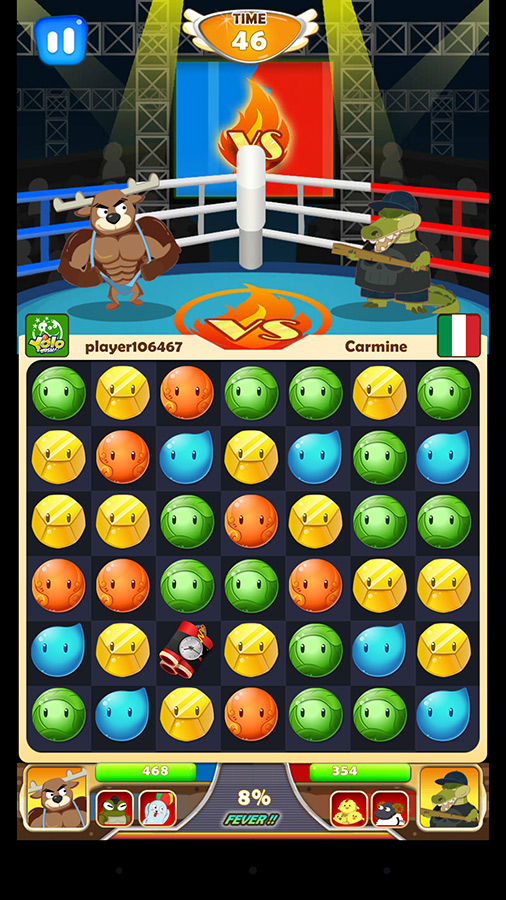 Your characters can be leveled up by fusing them with lesser characters that you get through the course of playing the game. This is done through the standard star ranking system, where 1 star is the weakest of characters, and 5 stars is the strongest. So the goal would be to have a team of all 5 star characters that compliment each other in order to beat the opponents you face. The more you win, the higher your ranking and the stronger your opponents get. Some characters are weak against others, and vise versa as well, so there is a bit of strategy involved when it comes to the make-up of your team.

Overall, YOLORush is a decent little match-3 combat puzzler that you can certainly kill some time. There is the ability to play it pretty hardcore if you wanted to, trying to get all your characters up to the top tier and getting your team up to the top spot. Or you can just play it casually. YOLORush is available for download off of Google Play for free and does include optional IAPs for in-game currency, which you can then use to get additional pre-match power-ups or extra character draws. All of that is accessible as well just through playing the game.