Flaregames has been quite busy this year. They have already released Olympus Rising and Dawn of Steel into the Play Store. Their latest game is an action-RPG that can be played with single taps on screen. It feels almost like an endless runner in some ways, but the gameplay is solid, the leveling up is fun, and if you like action, there is plenty to be had.

Flaregames is based in Germany. If you have played any of the titles I mentioned earlier, you know the production quality on their games is top notch. That quality continues with Nonstop Knight. There is a groundswell in the game industry right now for simple one-tap or clicker games. Ketchapp, another game developer, has been quite successful at producing and/or finding independent game developers that are making these types of games. It makes sense. They are quick to pick up and play. Those that don’t have a lot of time to game, are more prone to play these types of games. 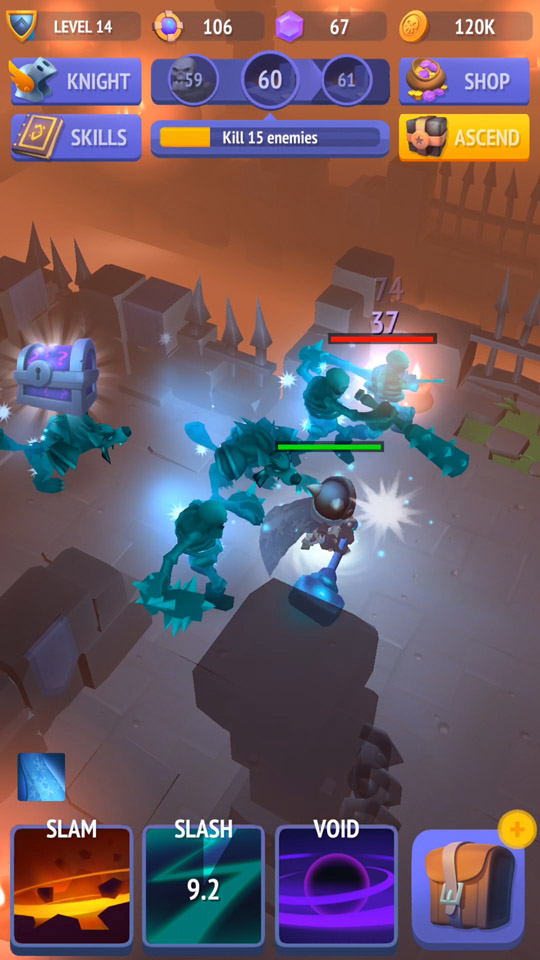 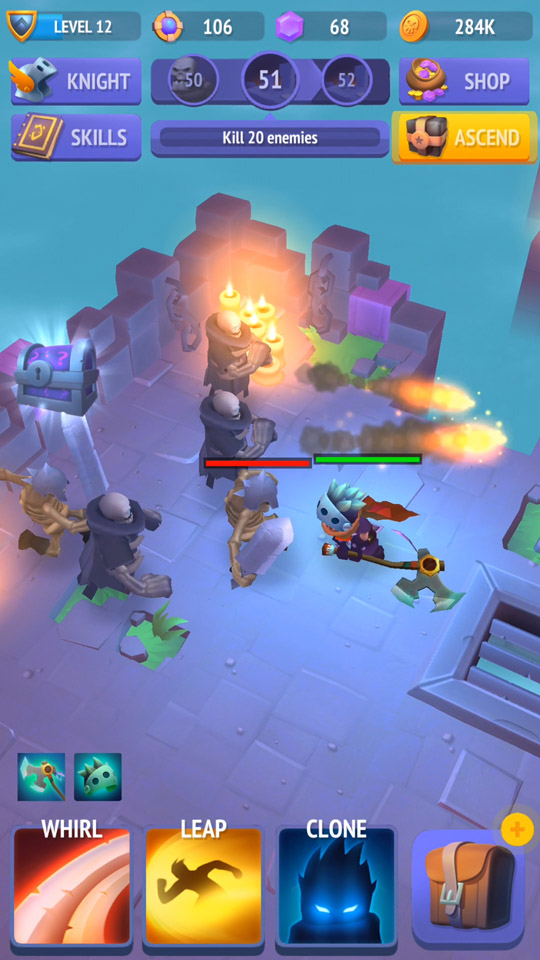 Nonstop Knight falls into that category of clicker-type game. Unlike some of the other games in this genre, you feel like you are taking part in the action. Your hero knight runs throughout various dungeon floors facing enemies. You tap your screen to aid your knight during battle. If you don’t do anything at all, he still fights the enemies in front of him. To give you a bit more involvement in the game, you have skills that you can use that will help you change how he battles the beasts, skeletons and other enemies he faces. There is also plenty of loot to be had. You use that loot to level up your weapon, armor and cloaks. There is also a skill book which you will use during battle too. Some of the skills include Whirl, Leap and Clone. All of your skills can be upgraded as well. Each of your skills is on a timer, so depending on the hit points of your enemies, you will have to figure out which one is the most important to use. The more you level up, the more powerful your skills become.

In addition to battling from floor to floor, there are boss battles. When your hero is ready for a boss battle, there is a button at the top of your screen that you can hit to begin the battle. The battles bring another level of strategy and action to the game, as it is more difficult to defeat the bosses. One of the skills that you will gain is having a clone. Your clone is helpful, as he helps attack your enemies during the fight. He is particularly helpful during boss battles. 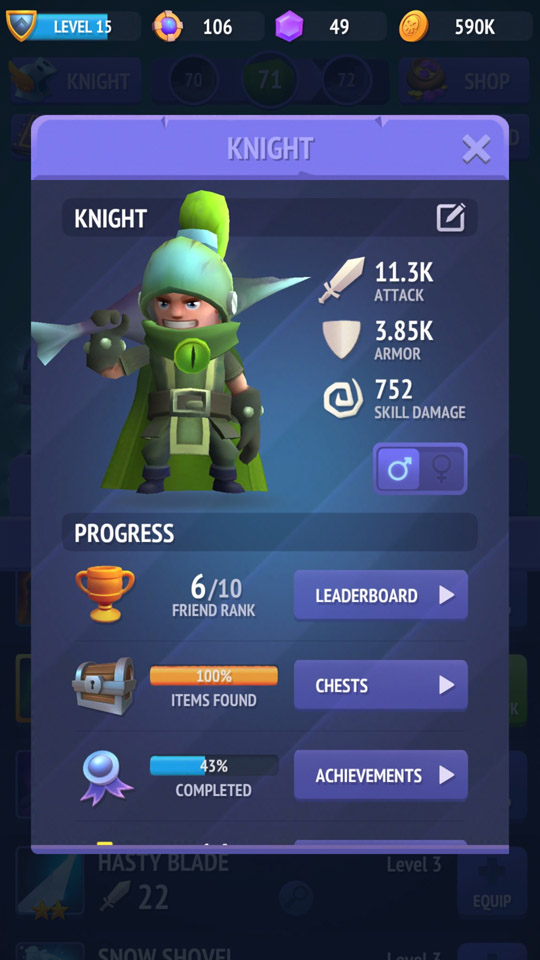 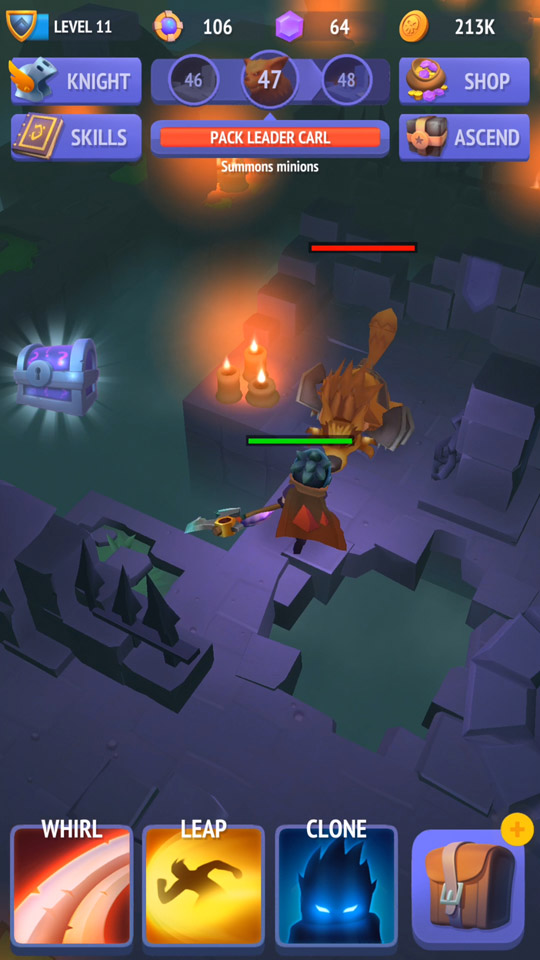 The graphics, music and sound effects in the game are appealing. Considering you don’t control the movement of your character at all, the environments have just enough detail, and the enemies are unique in their design too. It is a good looking game.

Nonstop Knight is a free to play game. It does have an in-game shop so you can purchase gems for upgrading your Knight, opening mystery crates or for revives. It all seems to be quite balanced. You can get a lot of gameplay out of this game without worrying about spending a lot of cash. Of course there is that option if you want to do that.

Nonstop Knight is integrated with Google Game Play services with 10 achievements to unlock and leaderboards to compete on. The game also has in-game achievements that might take you a while to complete. Overall, Nonstop Knight is a fun game to play. I agree with Flaregames description, it is stress-free gameplay. Who wants to be stressed while playing games? I don’t. If you don’t either, take a look at Nonstop Knight. It is an intriguing game with an easy learning curve. It won’t take a whole bunch of your time either… if you don’t want it to.