As eSports continue to rise in popularity, it should come to the surprise of no one that a site focusing on the topic, namely PvPlive.net, would now be releasing an Android app. In their new app, they cover things such as scores (including live scores that are up to the second), highlights, analysis, and so on.

The app is also set to deliver alerts for teams, matches, events, games, and even individual contestants. Some of the games they cover include the likes of Hearthstone and Vainglory, just to name a few that can also be played on Android. Others that they touch on, off platform, would include League of Legends, Call of Duty, Smash, Tekken, Starcraft, Overwatch, Marvel vs Capcom, and more. The app utilizes the left hand hamburger menu containing a list of games that act as a filter. Tapping on Hearthstone for example, brings up all the articles and videos germane to it. 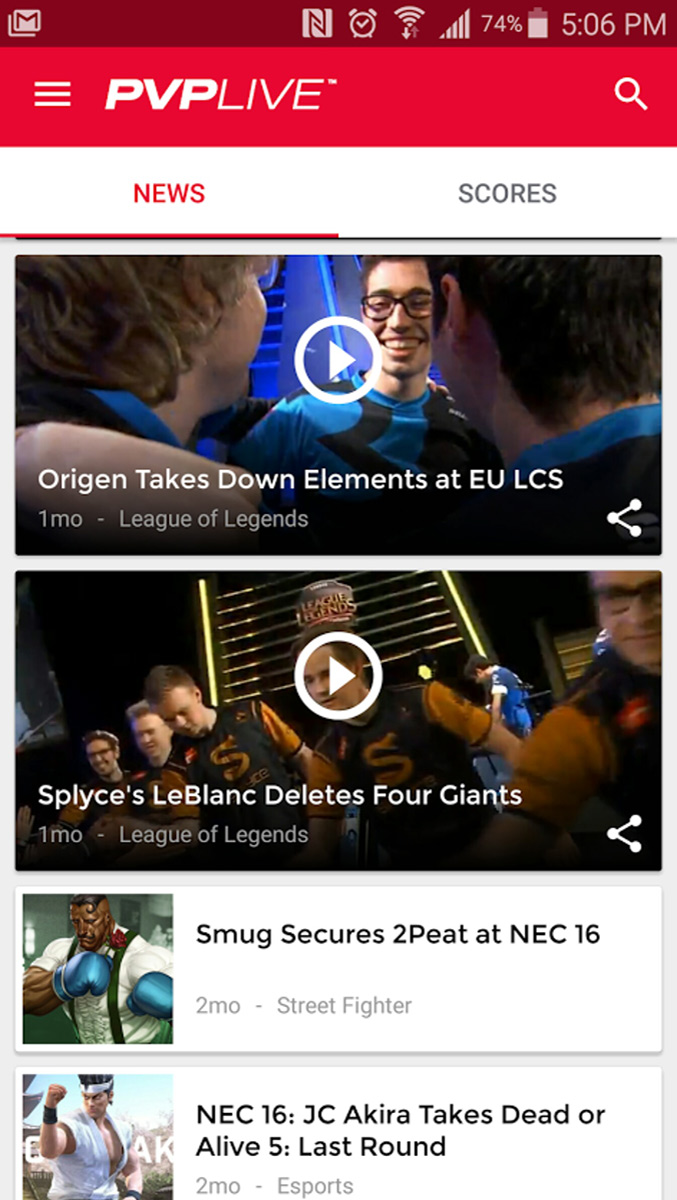 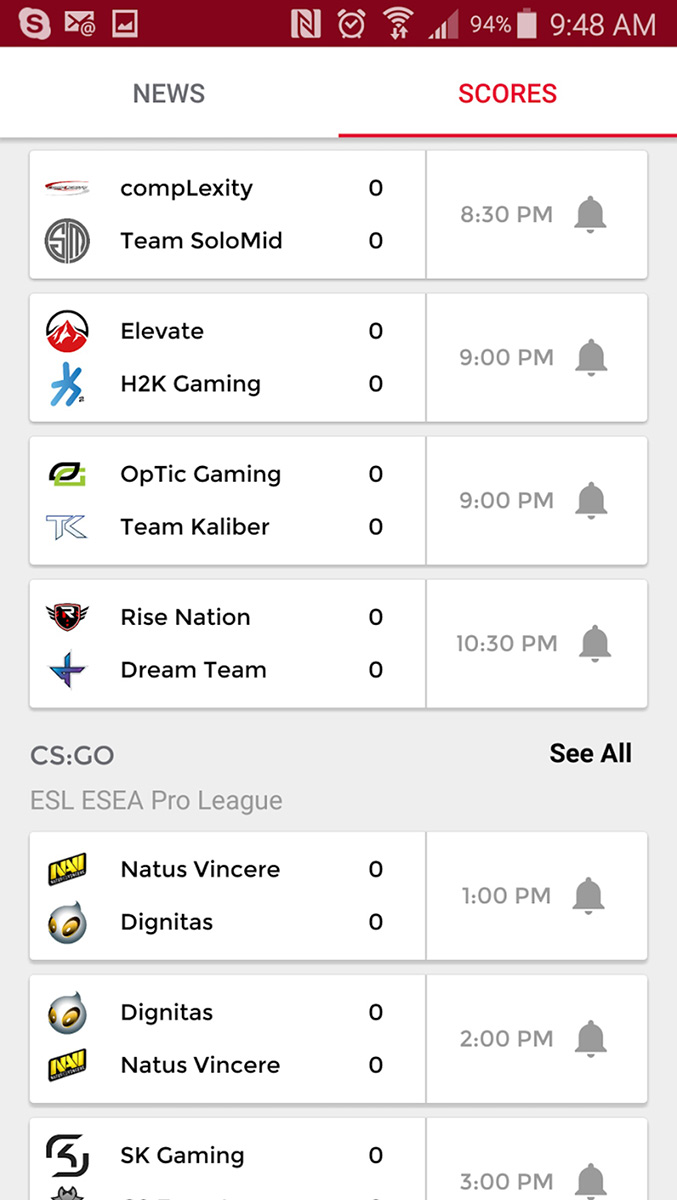 The main screen is split into two feeds that users can swipe between: news (containing the chronological feed for all articles and videos, as they’re released) and scores, listed by the date played and defaulting to today’s matches. So for those who want more eSports, there’s another dedicated avenue available on Android now along side Twitch, and some channels on YouTube.

The app is available for free from Google Play. For those interested, there’s a trailer below that showcases more of the app.